Previous Next
The Viking Terrorist Deserves Ridicule. Not Sexualization. 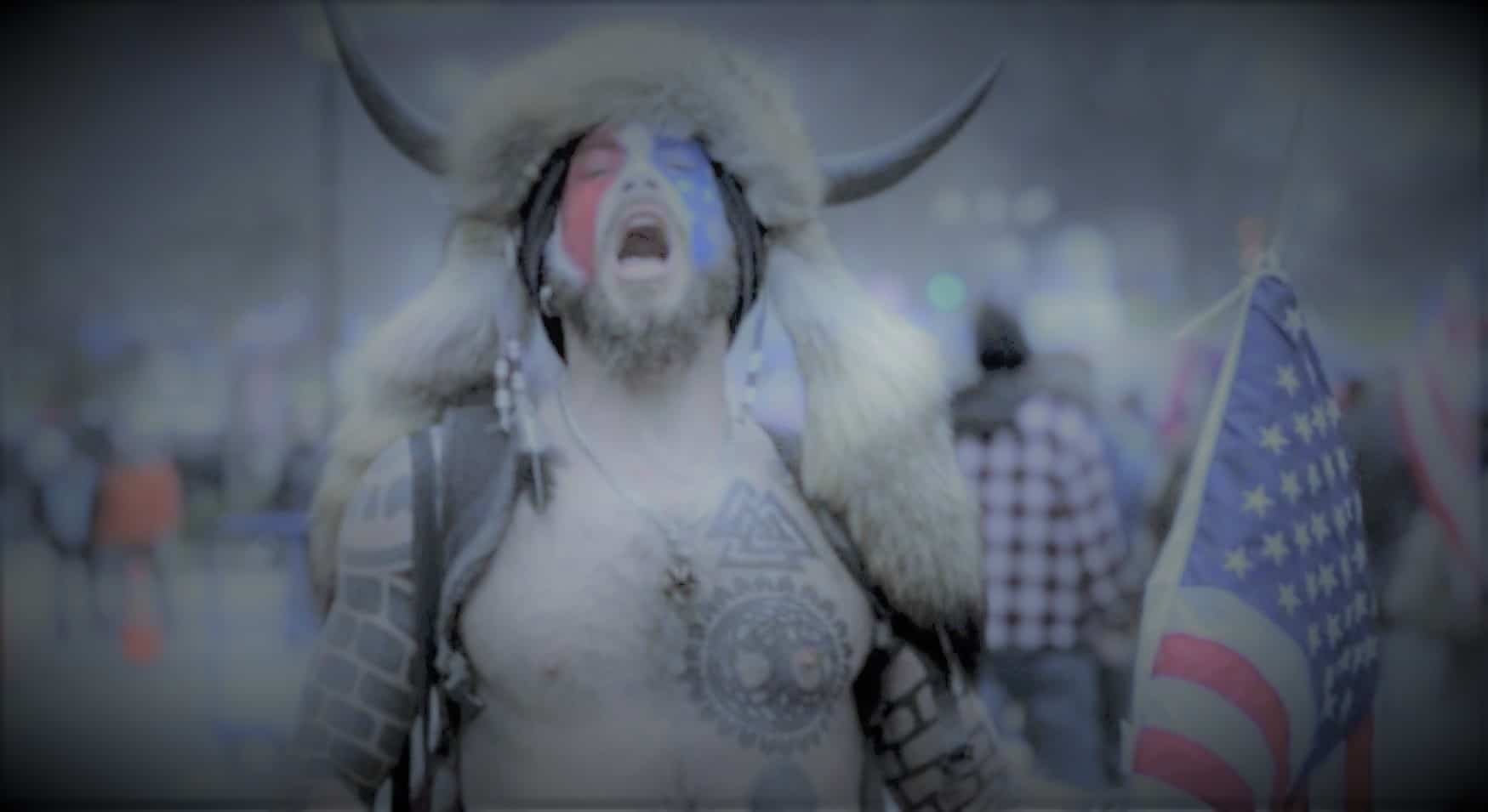 Humor is subjective, and born out of our desire to process complex emotions. “Comedy is my only weapon,” Mel Brooks once said, a man who has made a comedy industry out of destroying Hitler with sight gags.

And then here comes Jake Angeli, the domestic terrorist who violently invaded the Capitol wearing a puzzling array of viking horns, face paint, and a furry cosplay outfit seemingly meant to frame his tattooed abs. Late night hosts and social media humorists have had a field day. The memes wrote themselves.

“I’m sorry to report that Viking Cosplay Guy has lost the unconventional challenge on Project Runway,” I wrote on my social media accounts. ‘I question your taste level,’ said Nina Garcia. ‘I just don’t know who you are as a designer.’”

I’m sorry to report that Viking Cosplay Guy has lost the unconventional challenge on Project Runway. “I question your taste level,” said Nina Garcia. “I just don’t know who you are as a designer.”

Comedy, it has been said, is “Tragedy plus time.” The question then becomes, in the warp speed of the internet, how long do we wait? “Too soon?” the comics taunt us. I couldn’t type my viking joke fast enough.

We all process trauma, like grief, differently. We reach for whatever psychological tools we have at our disposal. Humor is my shield and my coping mechanism. Need I point out that you are reading a blog named “My Fabulous Disease,” which focuses on a pandemic that has slaughtered tens of millions of people the world over?

Sadly, gay men have other mechanisms that speak more to self-loathing than a healthy sense of emotional healing. “He’s kind of hot,” came the inevitable, predictable remarks about the terrorist.

I draw the line at sexualizing our tormentors. Gay men have a disturbing habit of pining for the very people who victimize us, in precisely the same way we seek out “straight acting” sexual partners on dating apps. We don’t want to reject them. We want to fuck them.

What characteristics, exactly, of this presumably heterosexual furbear do we find so enticing? It can’t be his sedition, his violence, his embrace of QAnon and its avalanche of lies, or his actions that left dead bodies in our nation’s Capitol. Is his penchant for public nudity enough to satisfy our pathetic need for sexual titillation?

This is apart from the nature of sexual desire itself, which is often driven by taboo. This is about the public sexual glorification of a domestic terrorist, evidenced in numerous memes and posts throughout social media.

We are damaged people, indeed. And that’s nothing to laugh about.