Previous Next
Jessica Chastain is Starstruck by Gay AIDS Survivor 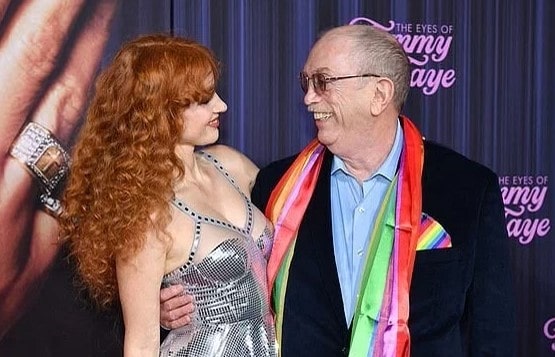 Jessica Chastain and Rev. Steve Pieters at the premiere of The Eyes of Tammy Faye (AFP via Getty Images)

When Rev. Steve Pieters attended the red carpet premiere of the upcoming film, The Eyes of Tammy Faye, he never imagined he was about to meet his biggest fan — the film’s star, Jessica Chastain.

In 1985, Pieters appeared on televangalist Tammy Faye Bakker’s television program as an openly gay man living with AIDS. Bakker’s empathy and compassion toward Pieters was a watershed moment for the acceptance of people living with HIV and LGBTQ people in general — and reportedly infuriated Jerry Falwell, who was a chief benefactor of rising stars Jim and Tammy Faye Bakker at the time.

When the new movie filmed a recreation of the interview, the production assumed that Pieters was long dead, given he was suffering from AIDS more than 35 years ago. In fact, Pieters is very much alive and was contacted by the film producers once the film was complete and asked to participate in media interviews and to attend the premiere earlier this week. 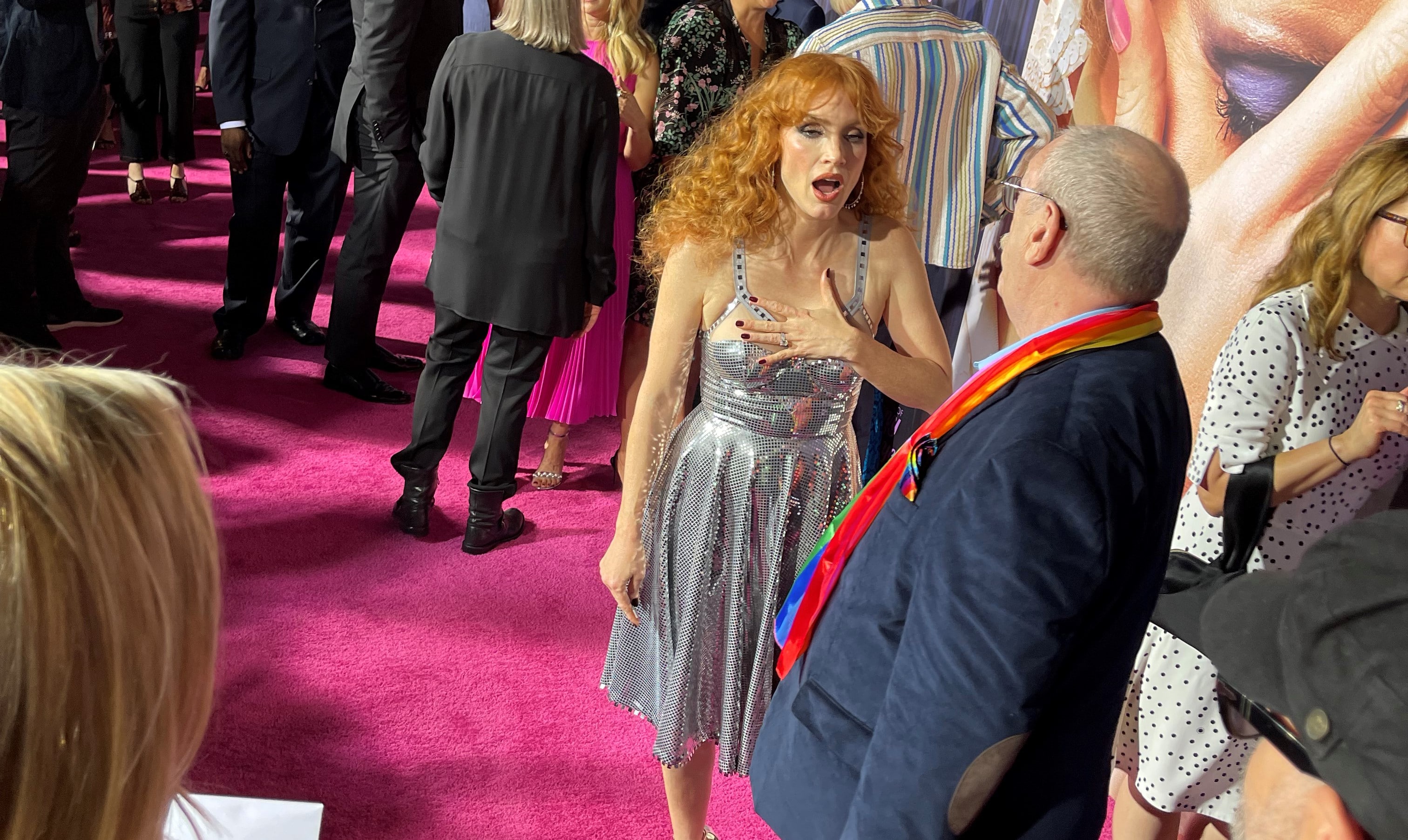 Jessica Chastain spots Rev. Pieters on the red carpet and realizes who he is.

Pieters described the evening on social media as one of the greatest nights of his life. He also shared an account with me of the moment when star Jessica Chastain realized who he was.

“Yes, I met her for the first time on the red carpet — it was actually a hot pink carpet! She spotted me, and looked so surprised and delighted. She came over and pulled me into a tight hug that must have lasted for 20 seconds. All the time she was telling me, ‘You’re amazing. You’re extraordinary.’ I was stunned, and she told me a couple of times, ‘You and Tammy saved so many lives.’”

The night following the premiere, Chastain wasn’t done being starstruck from meeting Pieters in real life. At her appearance on The Late Show with Stephen Colbert, Chastain devoted much of her interview talking about Pieters and what an honor it was to meet him. 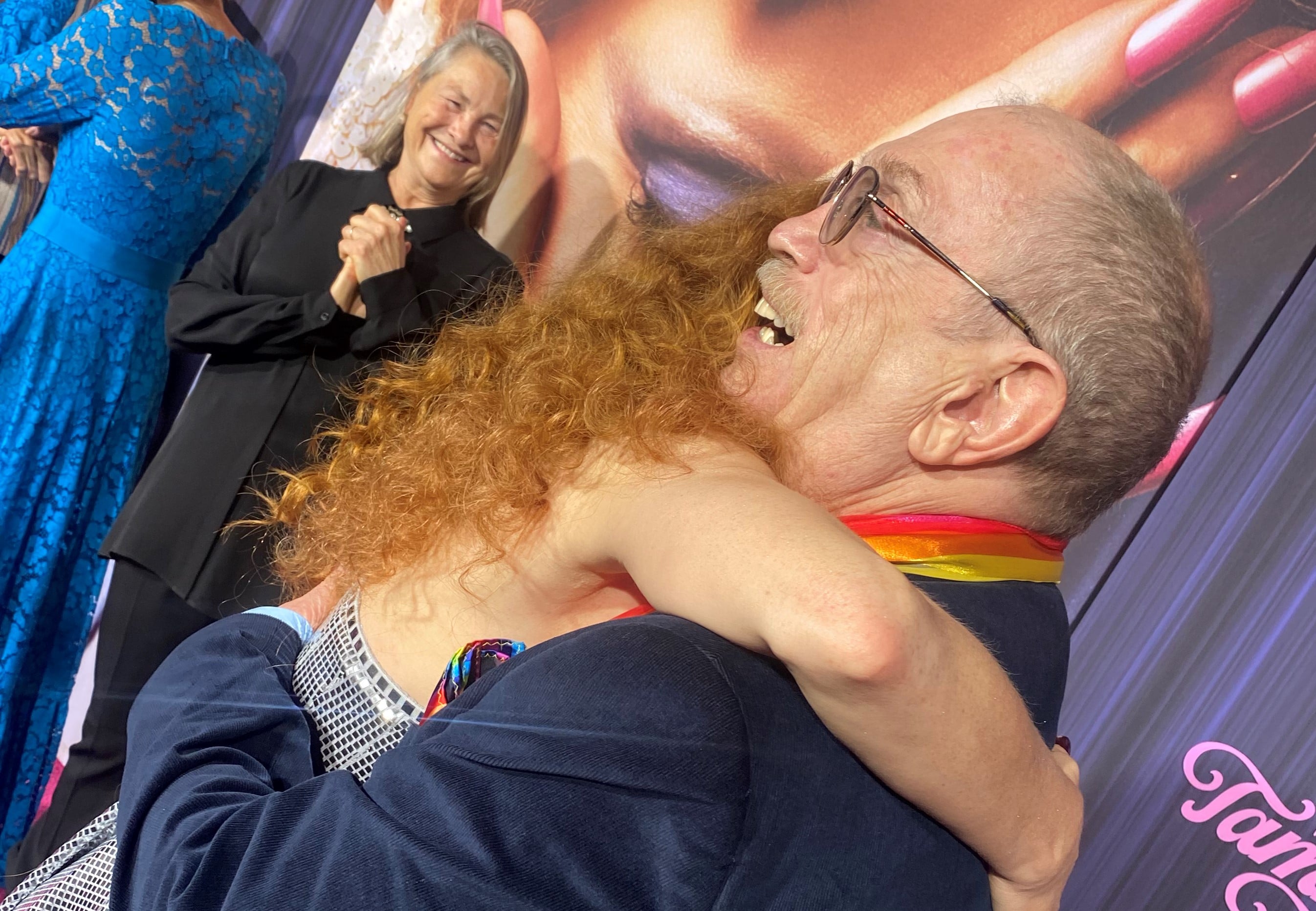 “She pulled me into a tight hug that must have last 20 seconds,” said Pieters.

The Eyes of Tammy Faye is one of the most anticipated films of the fall season, and already has garnered awards to Chastain for her sympathetic portrayal of the often maligned and easily ridiculed figure, Tammy Faye Bakker.

(Be sure to read my interview at POZ.com with Rev. Pieters about the film and his Tammy Faye Bakker interview.)