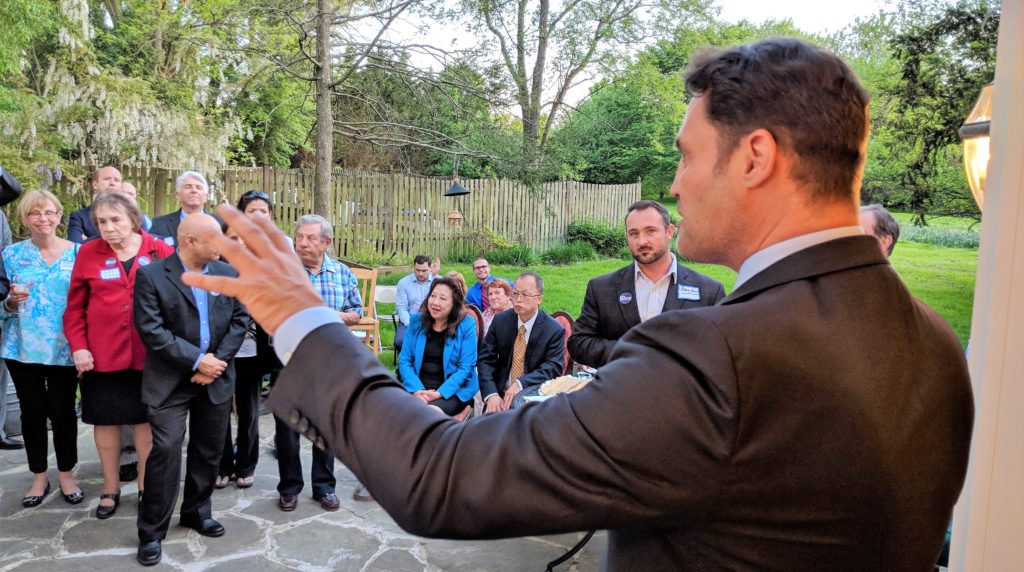 The garden party fundraising event last month in Montgomery County, Maryland, had all the usual markers of a political candidate on the rise. Well-dressed children frolicked on the lawn of the stately home while guests helped themselves to finger foods and glasses of wine. Several elected officials made appearances. There was even an iconic Olympic athlete in attendance, good-naturedly taking selfies with fans.

But something that might have been unthinkable only a few years ago was about to happen. Kevin Mack, an openly gay candidate running for the Maryland House of Delegates in the 15th District, has a personal story unlike a typical political biography. And at this garden party gathering, he wasn’t afraid to share it.

“I believe in government and its ability to help people,” Mack told the crowd, once they gathered around the patio area for his remarks. “I have been on Medicaid. I have experienced homelessness and addiction. And I am living with HIV.”

The casual way in which Mack folded his HIV diagnosis into his biography felt remarkable, all the more so because there was virtually no reaction, certainly nothing negative, from the diverse crowd of politicos and supporters. As Mack sees it, life with HIV is simply an example of his relatability as someone who has faced life challenges. And that is something altogether new: a candidate making himself more relatable by disclosing he is living with HIV.

Olympic gold medalist Greg Louganis, a longtime friend of Mack and no stranger to fighting HIV social stigma, attended the reception and lent his support and star power. The Olympian’s history facing ignorant questions about HIV transmission could not have stood in sharper contrast to the candidate who calmly explained his HIV diagnosis and how it made him a better public servant. 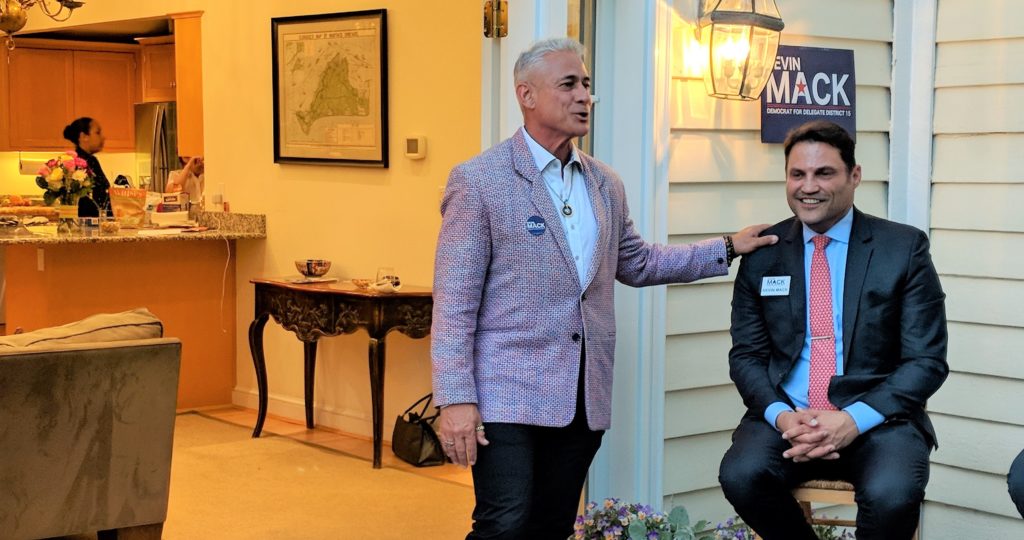 “There’s so much work left to be done to educate people about HIV,” Louganis said in remarks to the crowd. “But where do you start? You start in your backyard. You start in your community. And that’s what Kevin is doing. He’s always living in the solution rather than the problem.”

There is no exact record of the number of candidates or elected officials who are openly living with HIV, although several have been elected in recent years, primarily in liberal pockets throughout the country. Maryland’s populous Montgomery County, however, while home to a largely Democratic base, isn’t exactly West Hollywood.

In an interview with My Fabulous Disease, Kevin Mack says that his HIV disclosure is more about personal integrity than any political calculation. “I wasn’t going to live in shame about it,” Mack said, “and I wasn’t supposed to be alive past 40, so this is a gift. I am here.”

Mack also believes the work of our government is the reason he is alive today.

“Part of the reason I wanted to run is I have seen the good the government can do,” Mack said. “Whether it’s my having received Medicaid when I needed it or the research the government did for me to take the pills that I take to save my life. Yes, we had activists yelling and they put necessary pressure to conduct the research we needed to. I have been given a gift of life and I’m going to go out there and advocate to be sure the government works for people.”

Mack has a message for those who might reject him due to his diagnosis. “If they’re not going to vote for me because I’m HIV positive,” he said, “then I don’t want them to vote for me. Screw ‘em.”

Reactions to his HIV disclosure have been muted, Mack says, despite his transparency. The candidate even sent out a mailer to 15,000 potential voters with a beginning sentence that reads, “I was diagnosed HIV positive over 20 years ago.” There were no hateful phone messages in response or calls for his withdrawal.

“There was one person who said how sorry he was when he heard my diagnosis,” Mack said. “I had to educate him, to explain there was nothing to be sorry about. Because of good advocacy, I am alive today.”

Mack has much of Maryland’s Democratic establishment working in his favor. He is on staff for U.S. Congressman John Delaney – himself leaving his seat in a recently announced pursuit of the presidency – and Delaney and his wife attended the garden party, along with Aruna Miller, the Maryland Delegate vacating the seat for which Mack is now running. These officials and other political movers and shakers at the event appeared solidly behind Mack’s candidacy and the personal biography that comes with it.

Early voting has begun, with primary election day set for June 26th. Even with a political landscape seemingly tilted in his favor, Mack is running like a man on a mission. Perhaps that mission is something that transcends his political aspirations.

“I’ve taken control of my life,” he said. “I’m going to take care of myself. I’m going to be here a long time. So, I am going to do what I can to give back.”