Previous Next
Lessons Learned from Kissing a Straight Boy

Last night I kissed a straight guy full on the lips. Then he tenderly put his arms around me and kissed me back. Tonight I’m going to do it again.

It sounds like conquest. Or breaking a taboo. At the very least it fulfills the fantasies of many a gay man.

And it makes me wonder why. 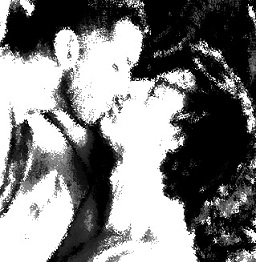 The object of my affections is a man named Travis, and he plays my lover in a play we’re performing about a gay couple doomed by drug abuse.

Travis is most certainly straight, judging by the dorm room condition of his dressing area, his raunchy jokes and the effortless masculinity he possesses and that I can only approximate.

At an early rehearsal, long before any kissing would ensue, the director motioned me aside to share some surprising words.

“Let’s take our time working up to the kisses,” said the director. He lowered his voice a little. “Travis has never kissed a man. He’s straight.” It sounded like a condition.

And in a way, it was. It immediately colored how I acted around him, on stage and off. The play covers our courtship and as we rehearsed I felt another type of courtship happening. Was he watching me, thinking “that’s the guy I have to kiss?” Was I masculine enough? Did he think I was cute? Did he even care if I was attractive or not? Was he disgusted at the thought of touching me?

Obviously he was comfortable enough to take the role. But to be honest, he was nervous and it showed. I finally got the nerve to say something about it during a break.

“So Travis,” I began. “You’re straight and you’ve never kissed a guy I hear.”

“Yeah, yeah,” he said. “Sorry about that.” He was actually apologizing for being straight, and I felt like doing the same thing for being gay. “I guess it’s an issue for me but I’ll get more comfortable. I did a nude scene with a gay guy before, but I wasn’t playing gay and we didn’t kiss or anything.”

This man was on stage naked and found it easier than kissing a guy? I would French kiss the entire cast and crew of “Ugly Betty” before you would find me dangling uncovered on stage.

Bringing it up helped immensely. We not only joked about his “condition,” but we also discussed mine: HIV. It allowed me to engage in some basic HIV prevention education with someone who might not otherwise get candid answers to his concerns. Yes, he knew you couldn’t get it from kissing, but hearing it definitively made him more at ease.

We made a deal that we would start kissing when we no longer needed to hold scripts, and when that time came, I didn’t hesitate. And bless him, neither did he.

It was a brief, perfectly ordinary kiss. And it was done.

Once the occasion had passed I think we both realized it was much ado about nothing. But it got me thinking about why the fact he is straight made the idea of kissing him somehow more exciting. Why? It may be as simple as wanting what you can not have. And that’s a common desire.

It’s the other implications that bother me. Do I see a straight man as innately more appealing than myself? As “better,” as a more authentic specimen of Man? That would suggest I think of myself as less than ideal because of my sexuality.

Whatever the reasons, it’s not the only preconceived ideas I had about my straight co-star. I questioned if he could pull off the gay thing. Or would something, like his macho pride or his clueless heterosexuality, prevent his performance from being “authentic?”

But something happens every performance that surprises me and shames my prejudices. This lumbering straight dude who bristles when I call him “sweetheart” offstage becomes a giving, affectionate lover onstage. His eyes smile at me. He pulls me closer in our bedroom scene. He shows a sensitive, willing and playful vulnerability.

It has been an enlightening experience. I now realize how little faith I had in his talent, much less his humanity. I’m not alone. Half the cast is gay, and almost all of us play multiple roles in various sexual combinations. Between our sincere desire to understand our characters and getting to know each other, the backstage chatter runs somewhere between Dr. Phil and Jerry Springer.

We’ve all learned a lot. I learned that if something got in the way of portraying a gay couple on stage, it wasn’t the straight man’s phobias.

(This posting is from the December, 2007 archives, during a theater stint in my beloved Atlanta, where I will return to live in January. On another note, I thank everyone for your messages of concern and support over my recent breakup; they have sustained me during a difficult time. — Mark) 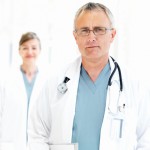 I was familiar with studies showing that attractive people tend to get favorable treatment in our society, but did you know that your likeability can affect the quality of your health care? A new posting on Klick Pharm’s blog “Digital Rx” shares a study which finds this to be true. “As an educated and knowledgeable contributor to the process the e-patient must bring forward what he or she knows,” says writer Brad Einarsen, “but it seems that it is important to do it in a collaborative and, for lack of a better term, friendly way.” 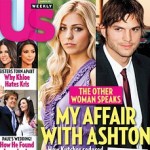 This week in pop sleaze reports, Ashton Kutcher is still fending off rumors of a tryst in a hot tub, while his wife Demi Moore showed up at her latest movie premiere looking ghastly; her stick-thin figure reignited concerns about her health and drug use. But among all the salacious reporting was a terrific article by Jennifer Morton of POZ Magazine that carried a simple question: “Dude, Where’s Your Condom?” wanted to know why Ashton, according to the US Magazine story by his one night stand-er Sara Leal, engaged in what we gays call barebacking. “Quite frankly, whatever happens between Ashton Kutcher and Demi Moore is their business,” writes Morton. “But if Leal’s account is true and he is having unprotected sex with strangers, he’s risking a whole lot more than his marriage.”