The Uproarious Launch of ‘Merce 2’ in Photos

Previous Next
The Uproarious Launch of ‘Merce 2’ in Photos 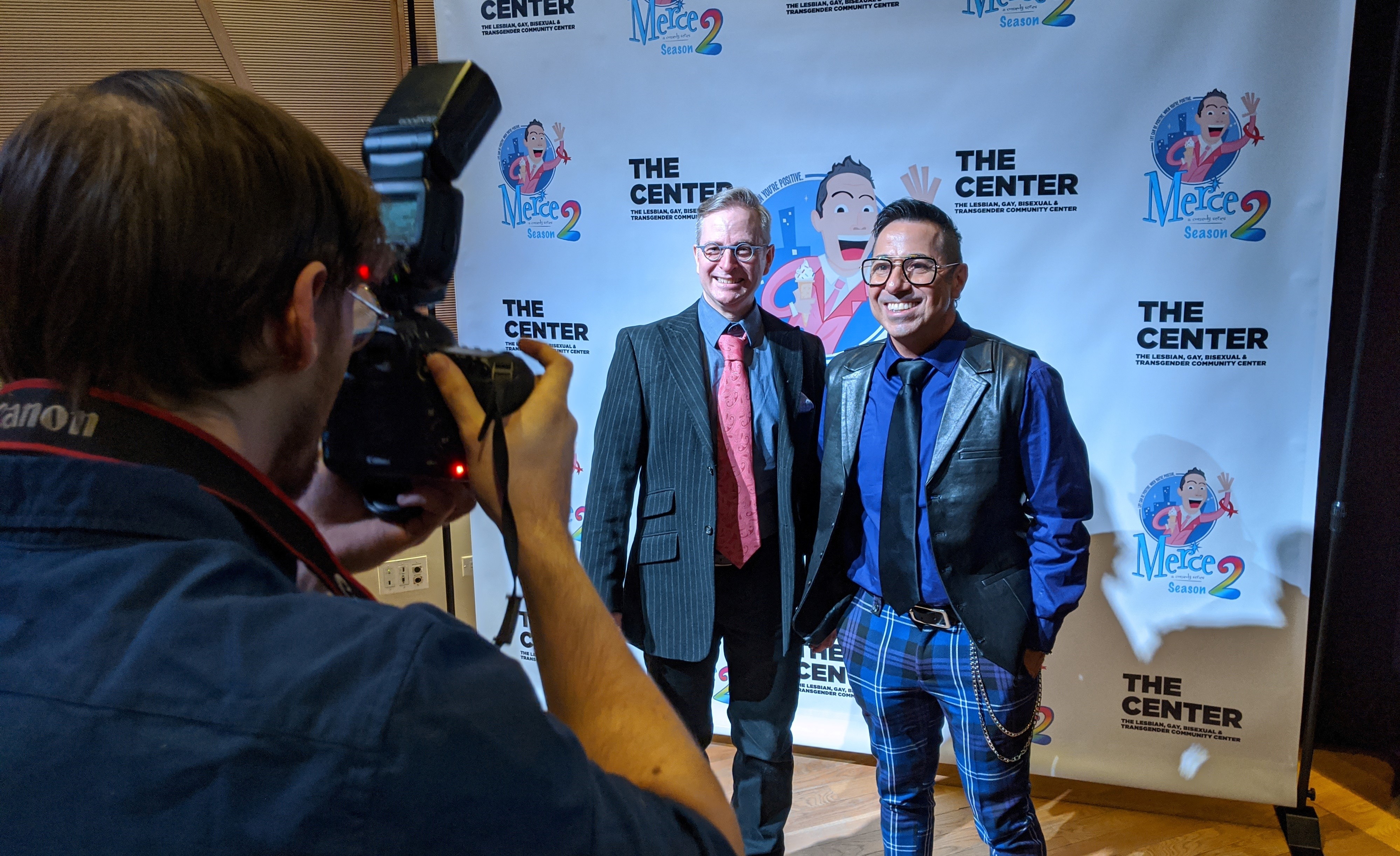 Something struck me, maybe halfway through the uproarious screening of the new, second season of the musical comedy web series, Merce. I surveyed the packed room at the LGBT Center in New York City, the audience laughing, clapping, cheering on the characters and growing silent during the tender moments, and the thought hit me like a revelation.

How often, in the HIV advocacy arena, do we gather together for no other reason than to be entertained? The launch party of Merce had managed to bring together so many New York City-based HIV notables, and not for a lecture or workshop or panel. We came together to laugh and to celebrate a joyful artistic achievement.

The pictorial of the evening gives a taste of that joy. To experience some of it for yourself, I urge you to go check out Season Two of Merce. It is raunchy, hilarious, bittersweet, and it believes in love.

Congratulations to writer and star Charles Sanchez, and to his co-star and director Tyne Firmin. They have delivered a lovely, candy-colored gift to our community. Now go watch it.

All photos below are courtesy of photographer (and cast member) Linus Ignatius of The Elliott Collective. 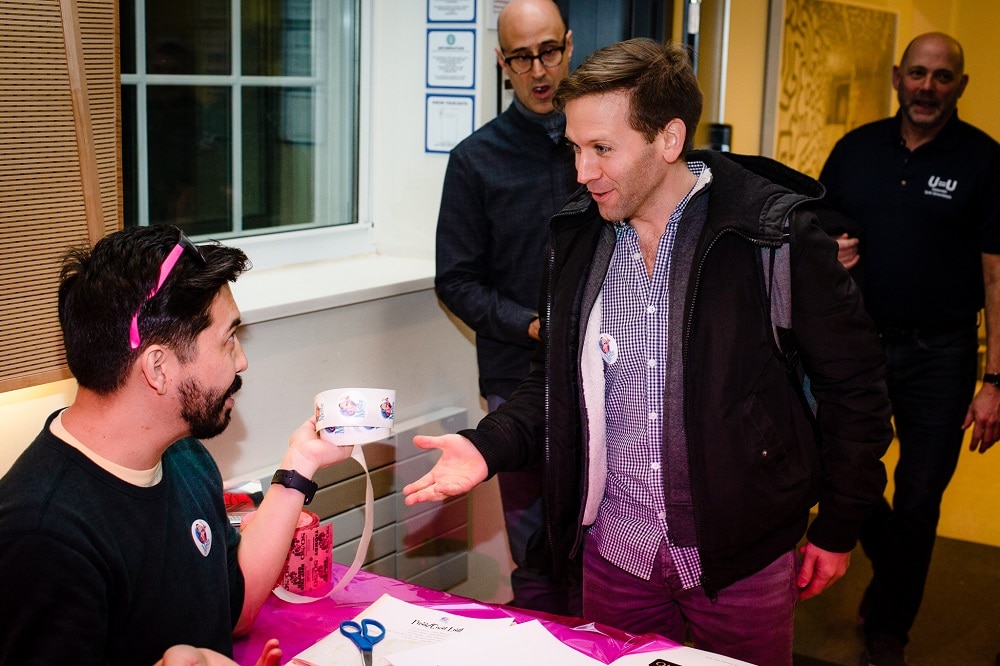 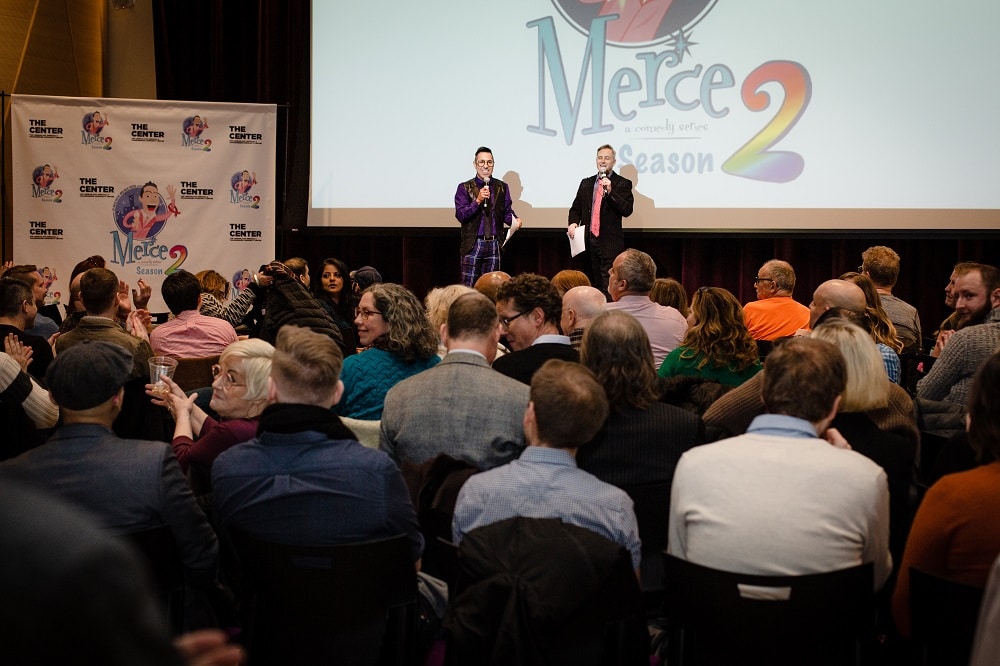 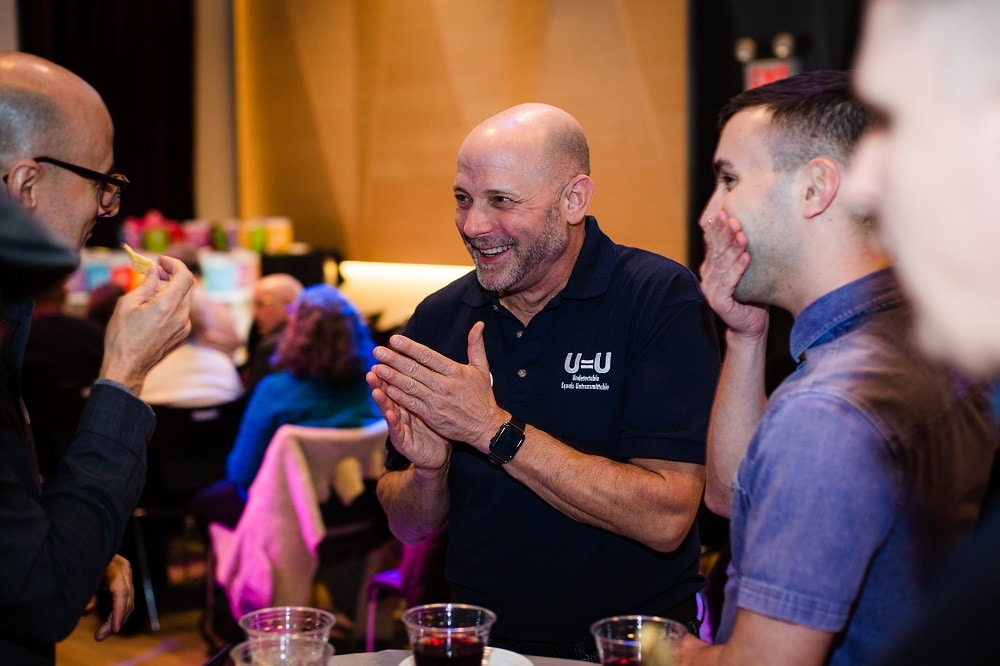 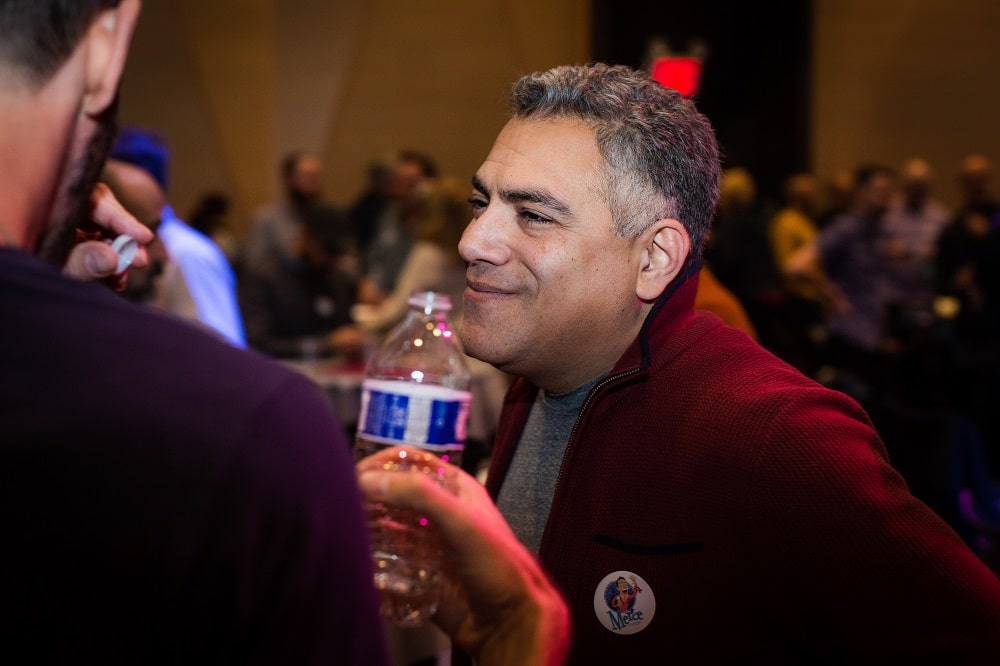 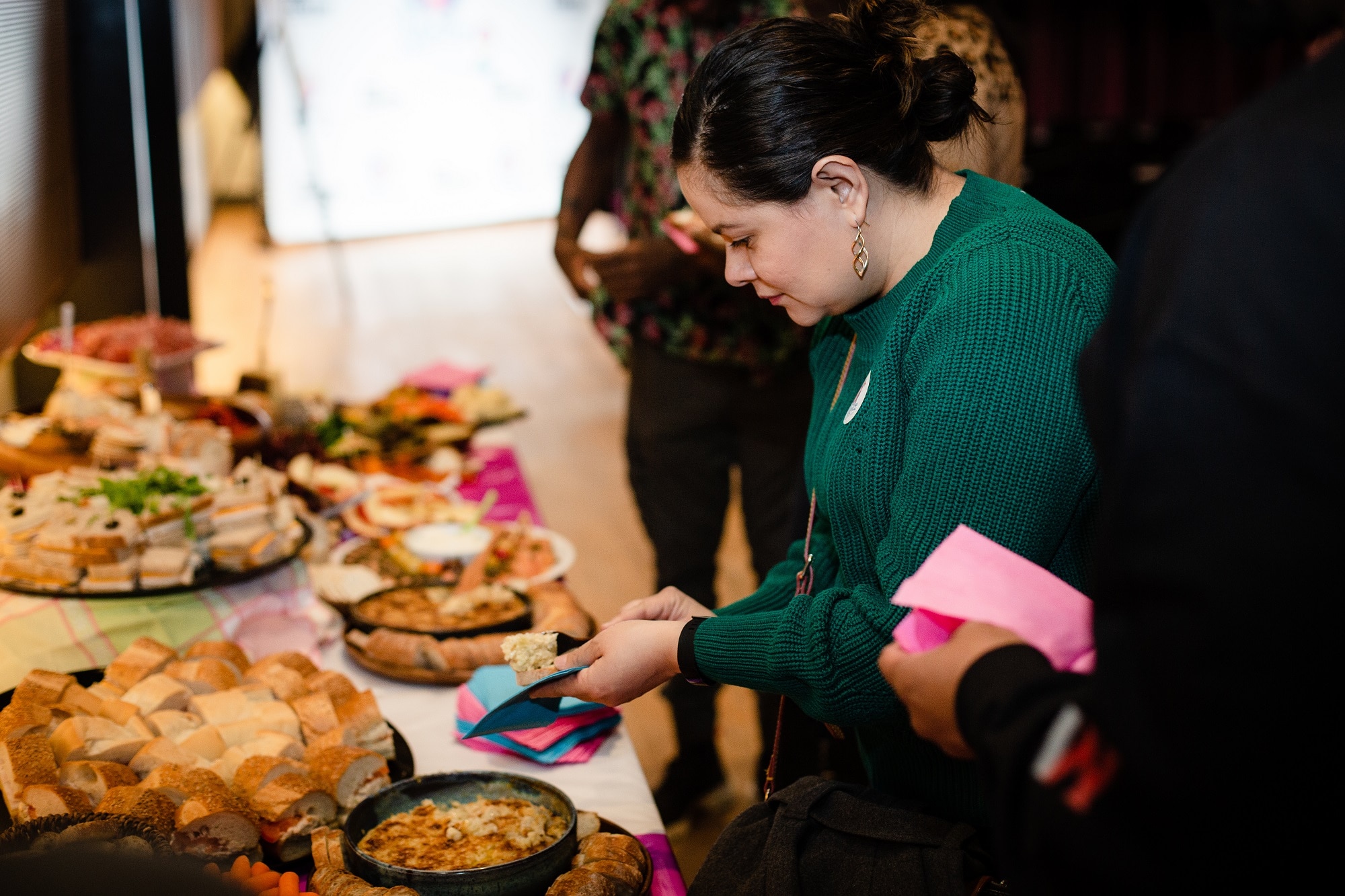 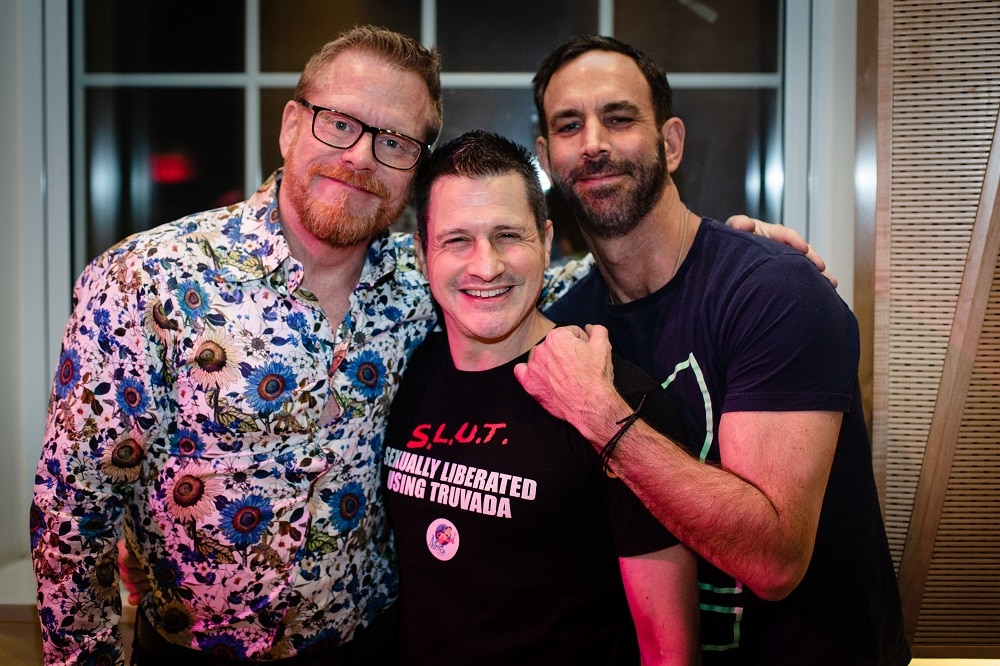 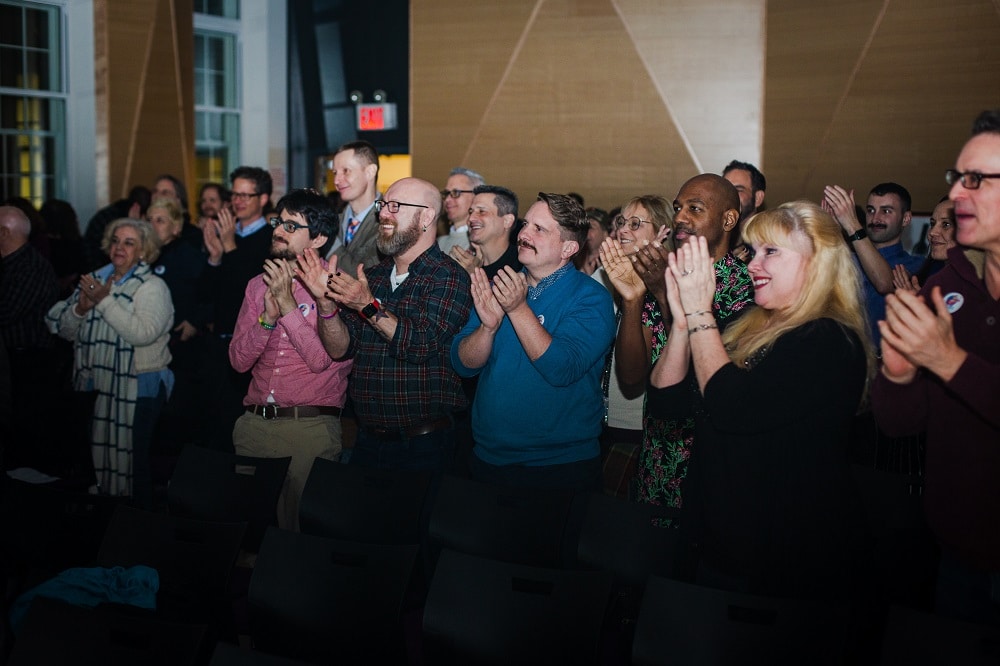 A typical audience reaction during the raucous screening 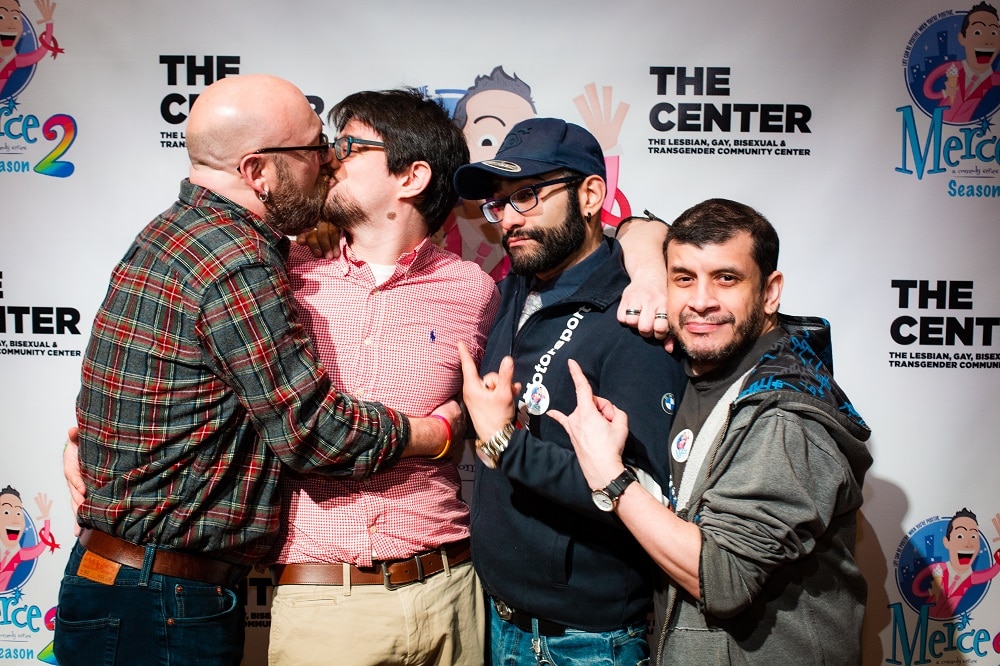 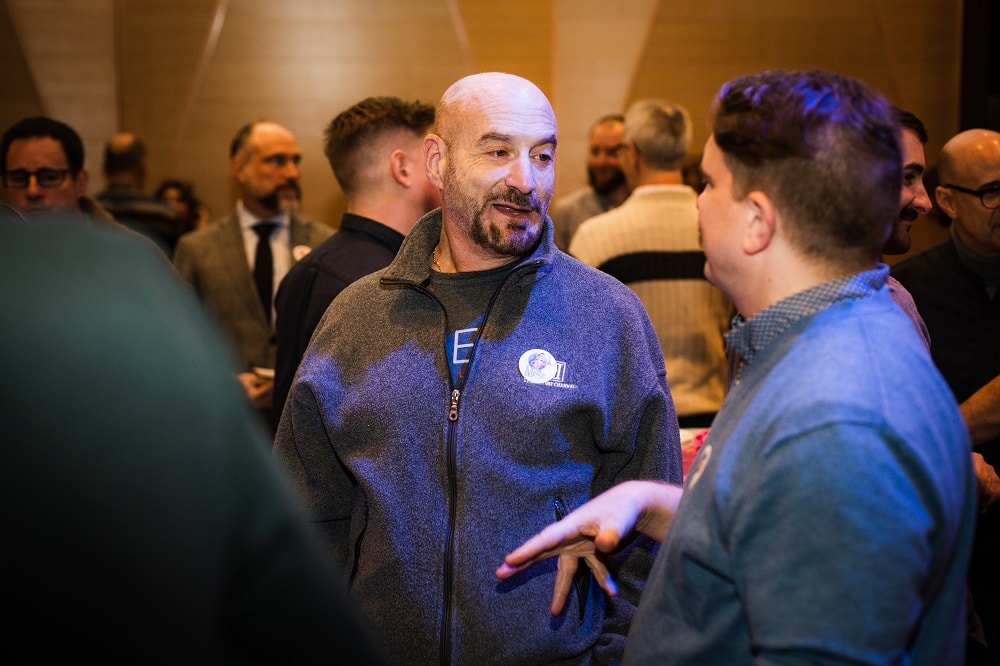 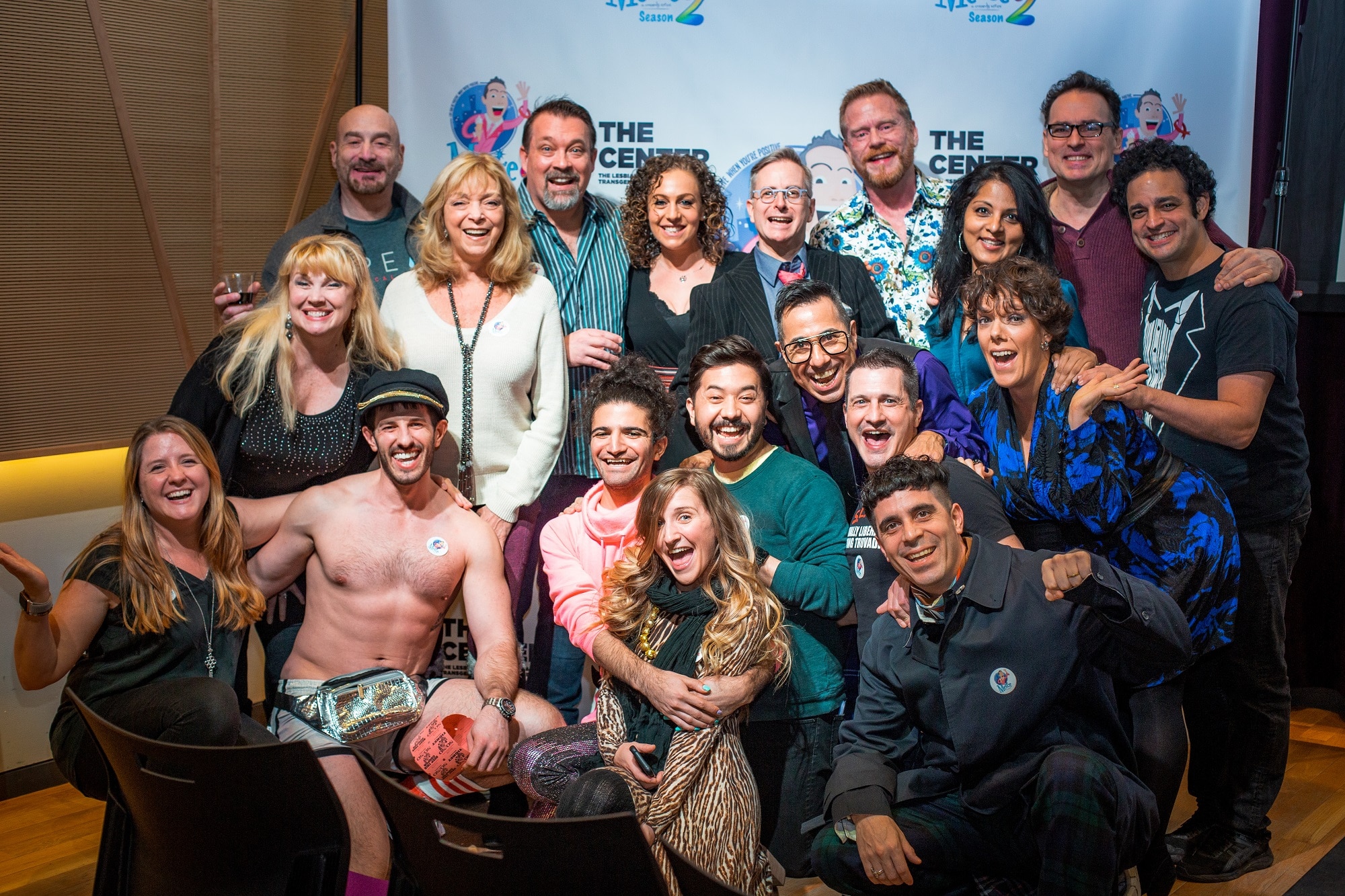 The cast of season two of Merce 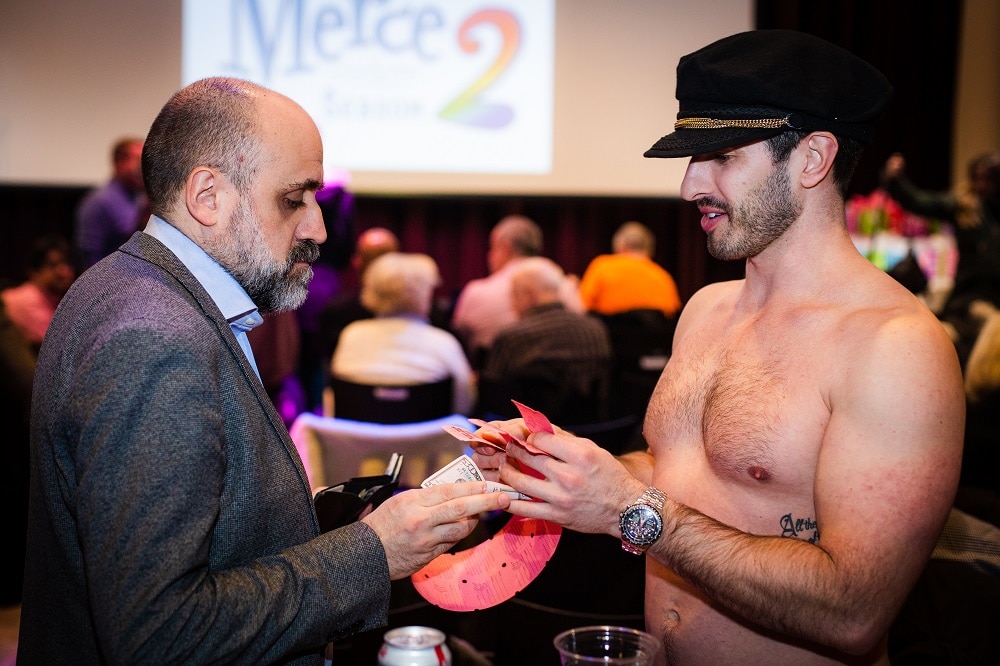 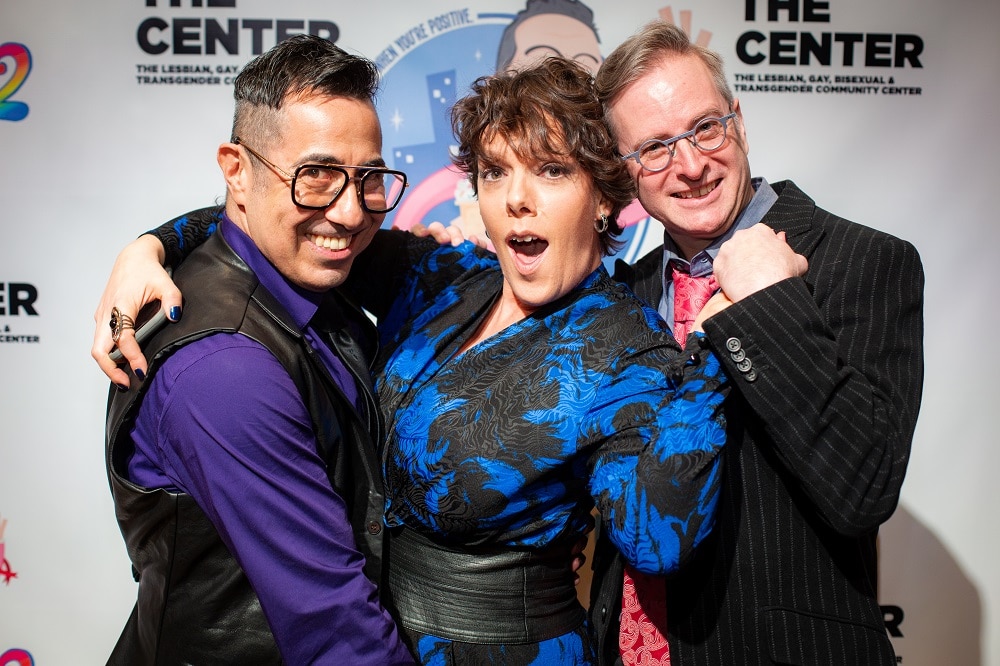 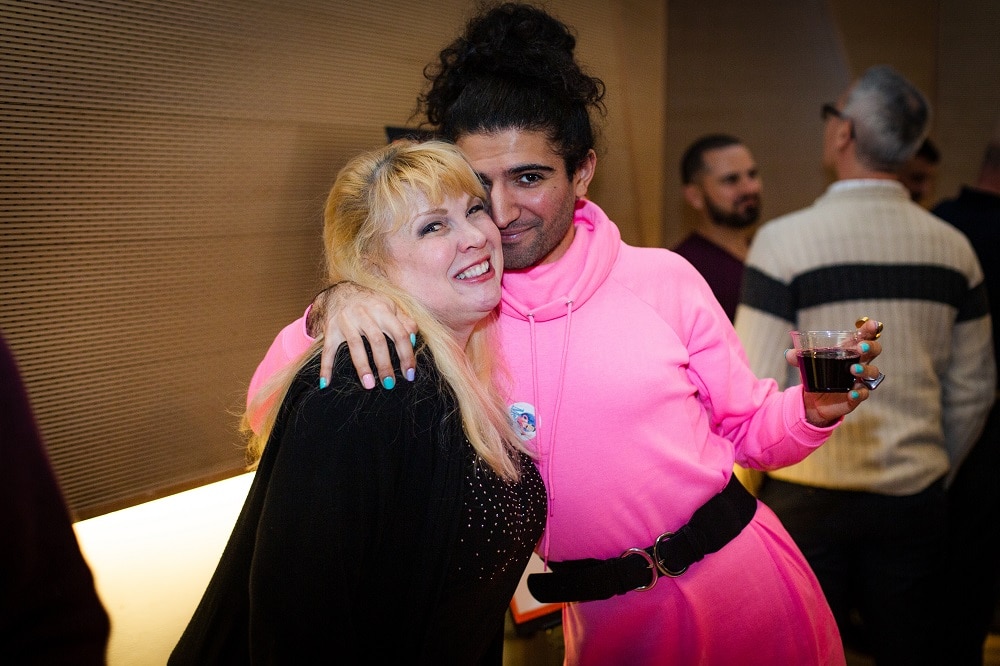 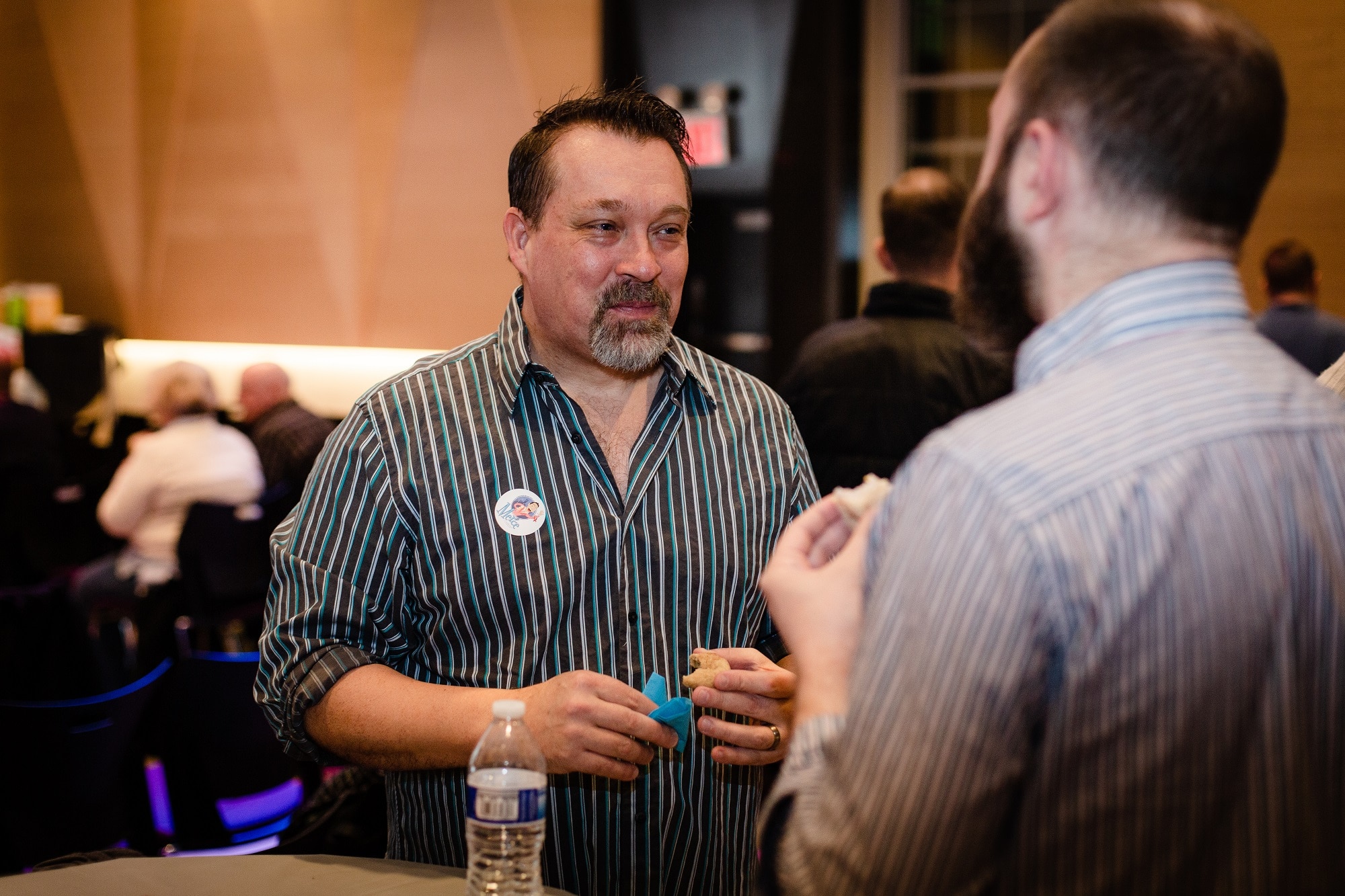 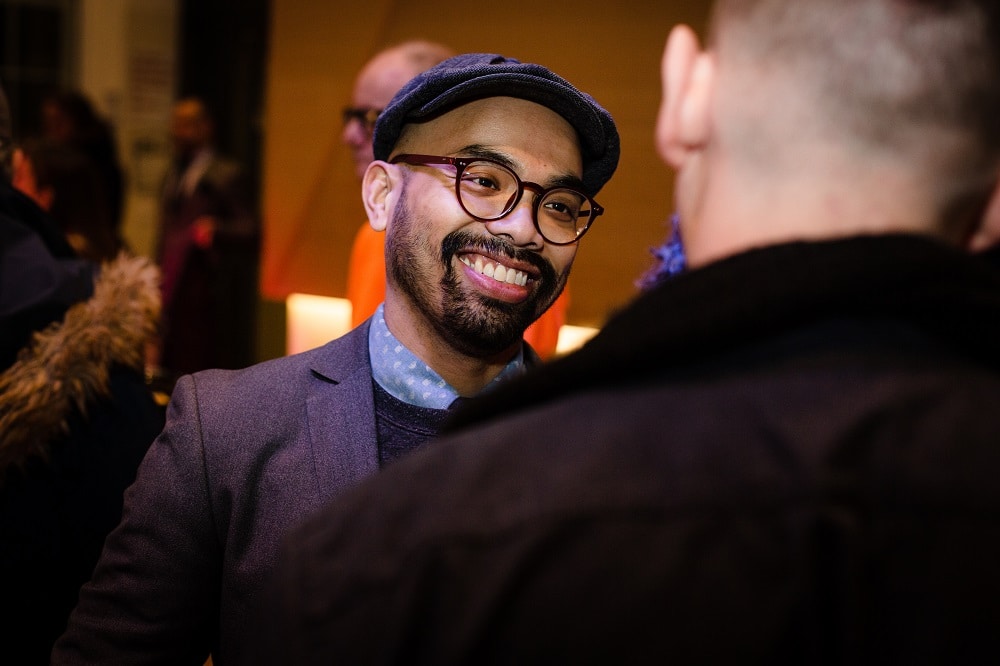 Above: The final moments of the season two screening, with Tyne Firmin and Charles Sanchez taking a well-deserved bow.

Did I mention you can binge-watch every ten-minute episode of season two in the time it takes for lunch?