One Night with the Gay Man Who Slept with Thousands 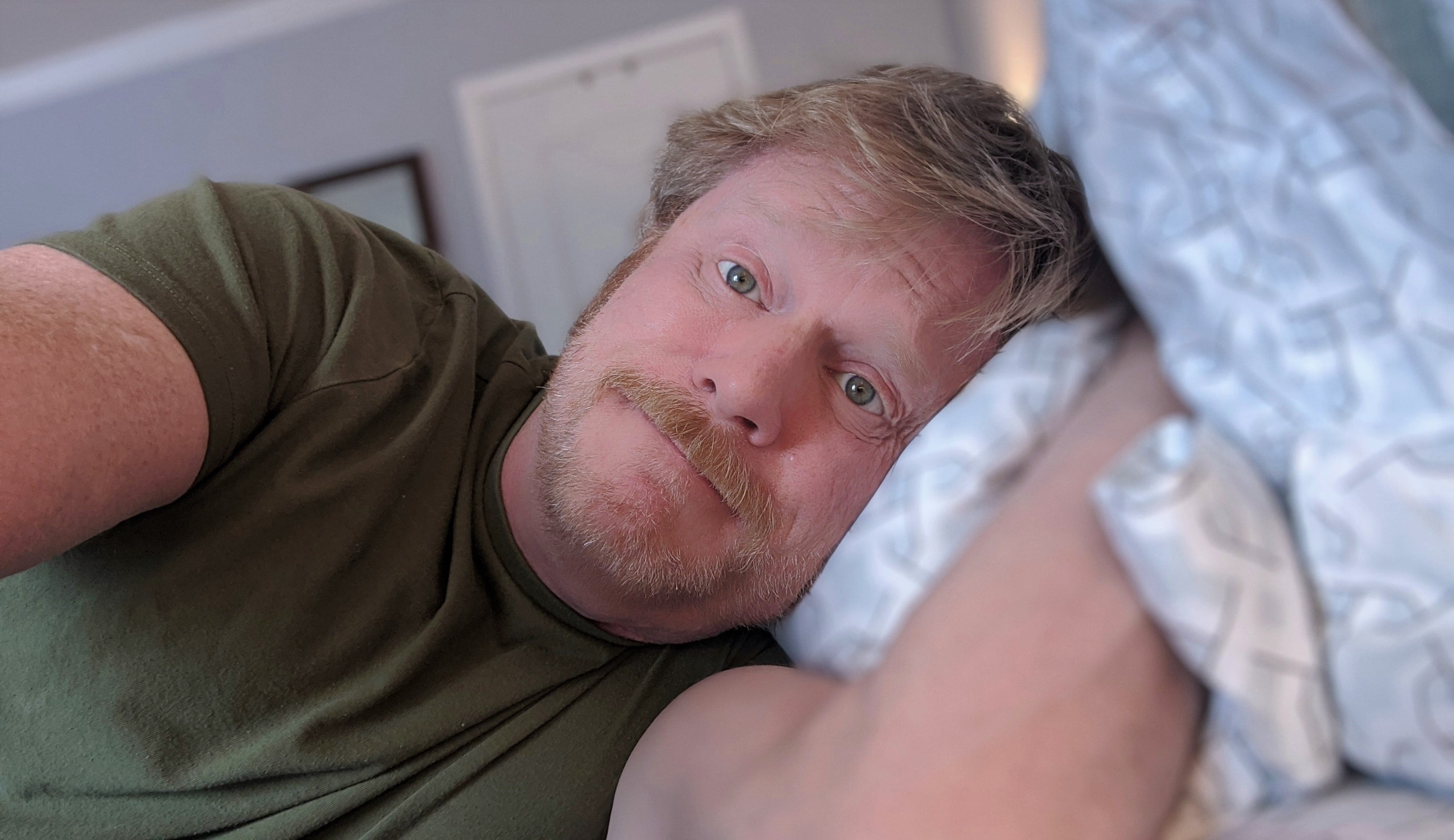 The ceiling fan isn’t twirling fast enough to cool our bodies, not after the cardio workout we just had. My husband turns the fan switch higher and begins a search around the room for his underwear.

“Oh man. I am so crazy about you…” I say, a bit boastfully, because I’m actually thinking of the skill with which I have just physically expressed that sentiment.

“Yes, I know, I love you, too,” he responds, pulling up his boxer briefs and scanning the room for something to wear for the rest of our Saturday evening. I know he’s hoping I don’t start recapping my favorite moments of the last ten minutes. He hates it when I do that.

And yes, I said “the last ten minutes.” We have spent eight years together and we are both in the final stretch of our fifties. Ten minutes is a triumph of passion and stamina.

I turn on my side to face him.

“Are you embarrassed that your husband talked publicly about having sex with thousands of men?” I ask him. The Huffington Post podcast has been out for only a day, but the trolls are having a time of it.

“Why should I?” he responds. “I knew what I was signing up for. You talk about sex, that’s what you do.” I think he might be a little proud of it, of my transparency, when it is in the service of helping other people.

The podcast had a clickbait title, for sure: “This Man Slept With Nearly 10,000 People. Here’s What Having All That Sex Taught Him.”

The 10,000 figure was hardly scientific. I figured that any trip to the baths back in the 1970’s and beyond would rack up at least 20 sexual encounters, especially if you define it as the dick of Person A in the hand or orifice of Person B. Two trips to the baths per week and you’ve got more than 1,000 encounters per year.

Did I behave that way for, say, any eight of my 59 years? You betcha. And just like that, you reach the magic 10,000 number that everyone found so remarkable.

Huffington Post commenters were unswayed by the podcast description promising a thoughtful look into lessons learned from a life of disposable encounters. Without listening to the podcast, presumably, they called me sick and evil and a murderous viral threat. I read one comment, before it was flagged and removed, suggesting I be left alone with a gun or a rope so that I could do us all a favor.

My husband stops his search for pajamas and studies me, checking in, because he knows the reaction to the podcast has wounded me. You’re not supposed to read the comments. Everyone says that but no one follows that advice.

“None of those people know you,” he says, reading my mind. “I love you for exactly who you are.” My smile satisfies him, and he resumes his hunt for loungewear. “Besides, I could have had sex with thousands of guys too, you know. If I hadn’t been in a relationship for ten years.”

It strikes me as adorable that my very traditional husband is feeling a tinge competitive, maybe even defensive, about the number of notches on his own bed post. He is devoted and monogamous and I love him for it.

My inability to be either of those things for most of my life is addressed in the podcast head-on by editor Noah Michelson, who raises some serious questions.

Why did I engage in encounters with grown men when I was still a teenager? What was I seeking out during all those years of promiscuity? How did the trauma of AIDS affect my behavior? What do I regret most? What should young LGBTQ people take away from those years of gay sexual liberation?

All those questions sound like a lot of fuss to my husband, who judges people, including me, on what he sees in the here and now. He knows he is living with an aging partner with a past, and he knows that I am faithful and funny and I do my share of the housework. That suits him just fine.

My husband has found gym shorts to wear and has already made his way downstairs. I can hear him opening the freezer drawer in the kitchen.

That means ice cream. I am betting he bought chocolate peanut butter when he went to the store today. He knows it’s my favorite flavor.

It is Saturday night at our house, and the evening just keeps getting better.