The Angry Fallout from the AIDS Healthcare Foundation Scandal

Previous Next
The Angry Fallout from the AIDS Healthcare Foundation Scandal

Michael Weinstein, the polarizing and famously litigious head of AIDS Healthcare Foundation (AHF) just got a taste of his own medicine when a stunning Whistleblower lawsuit against AHF filed last year was unsealed and made public. 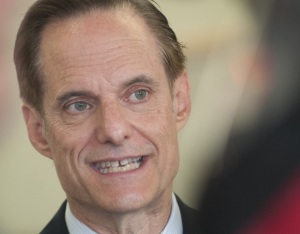 The 34-page suit, brought by three former staffers who claim they were fired when they raised questions of financial impropriety, charges the agency with ten counts of defrauding the government, conspiracy, and a “multi-State kickback scheme” to maintain service quotas and keep the government-funded gravy train rolling.

In exclusive interviews with My Fabulous Disease, one of the plaintiffs, Jack Carrel of Louisiana, his lead counsel Theodore Leopold, and several prominent figures in the HIV arena spoke out about the details of the charges and what the lawsuit could mean for the beleaguered head of the country’s largest provider of HIV clinical services.

The plaintiffs accuse AHF of an “organizational-wide criminal effort” across at least 12 States in the form of kick-backs to AHF clients and staffers. They believe that AHF has defrauded governmental programs out of tens of millions of dollars, based on their own experience with the agency going back to at least 2010.

The three plaintiffs, all former managers at AHF who were in a position to be familiar with agency policy, also include Mauricio Ferrer of Florida and Shawn Loftis of New York.

When someone tested positive in an AHF clinic, the suit claims, they were offered cash or other inducements to be linked to care in AHF clinics. Furthermore, AHF staff were provided commissions when they successfully linked someone with a positive test result to AHF services. This procedure was developed first in Los Angeles and then spread across all States where AHF has a presence.

The policy wasn’t exactly clandestine. In fact, it was written right into the “AHF Linkage to Care Training Manual” included as an exhibit in the lawsuit (partial snapshot below).

This kind of incentive is flagrantly illegal. Defying the Federal Anti-Kickback Statute is a felony offense. Grant monies received from the government, such as through the Ryan White CARE Act, CDC, or other HHS programs like Medicare, strictly forbid kickbacks.

The Anti-Kickback Statute ensures “there are no behind-the-scenes shenanigans for profit reasons,” said lead counsel Theodore Leopold of Cohen Milstein, the firm representing the plaintiffs in the case. “The Federal law is quite clear. We want to be sure the clients are getting proper care and treatment.” Medical decisions should be for the betterment of the patient, Leopold said, “and not to put money into AHF’s pockets.”

“This case is about AHF gaming the system,” Leopold said. He explained that kickbacks “can lead to an over-utilization of services, corrupt the process, and exploit the population most in need of services.” The suit claims that although AHF was formed as a not-for-profit agency, it “exhibited a for-profit corporate mindset and a voracious appetite for any and all revenues associated with HIV patient referrals.

“We are seeking monetary recovery on behalf of the government for funds,” Leopold said, which the suit contends were billed through improper means.

ONE PLAINTIFF SPEAKS OUT

Jack Carrel holds a Master’s Degree in Public Health and is working on his doctorate. He came to AHF in 2012 after working in the HIV field for nearly 30 years. He is also HIV positive and feels a strong connection to those testing positive and seeking services. 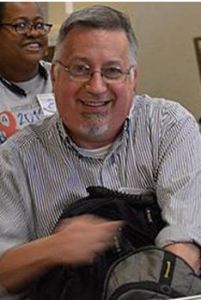 As Director of Public Health for AHF’s Southern Bureau, Carrel questioned the financial incentive policy that directed people who tested positive into AHF clinics, but was “assured it was perfectly fine,” Carrel said. “And then when we had meetings with funders, other (AHF staffers) in the meeting would tell funders that we would invite clients to use any other clinic they wanted, and I knew that wasn’t true.” Carrel was fired after objecting to the “linkage to care” policy.

“I tried to do something about it and I wasn’t able to,” Carrel said. “I’m HIV positive and I work in this field. I want people to be in care and to achieve viral suppression. But this system didn’t give clients the choice for getting services where they wanted.”

People who have just received HIV positive test results are often in shock, emotionally vulnerable, and susceptible to nearly any suggestion. AHF staffers were financially rewarded for influencing their clients’ healthcare decision-making, according to the lawsuit. They allegedly plied clients with money, free fast-food lunches, and rides directly to AHF clinics.

Attorney Leopold is careful to point out that this is a civil matter and not a criminal one. A tepid statement released by AHF in response to the suit contends they did “nothing wrong” and use as proof of their innocence the fact that the government has declined to intervene in the legal action.

The mere fact the government has not, as of yet, chosen to intervene “is no reflection on the validity of the case,” contends Leopold, citing that this is not uncommon when there is already outside counsel involved. In other words, the government may be more than happy to allow this lawsuit to do the legwork for them and then use it to build a case for later criminal charges.

The lawsuit places much of the responsibility for the AHF scandal squarely at the feet of Michael Weinstein who, at a 2013 AHF Leadership Summit, personally advocated for increased “positivity rates,” more linkage directly to AHF services, and “the payment of financial incentives to patients for the purpose on inducing self-referrals to AHF medical care,” according to the suit.

The irony of the Whistleblower action is the rich history AHF has of threatening others with litigation. Under the direction of Weinstein, AHF participated in their own, profitable Whistleblower lawsuit against Bristol-Myers Squibb in 2010 and Weinstein has always used potential litigation toward others as a playing card.

[PrEP] medication Truvada “a party drug,” and taken out full page ads that significantly misrepresent PrEP efficacy findings, all to the consternation of his peers.)

The animosity Weinstein has engendered among other HIV advocates can be traced back for decades. Sue Crumpton served as the director of LA Shanti, the first HIV support agency founded in Los Angeles, from 1992-1998. She remembers L.A. County planning council meetings “filled with drama, courtesy of Mr. Weinstein.”

“Michael never showed up to Planning Council meetings unless there was grant money on the table,” Crumpton said. “And then if things didn’t go his way, his first response was to say ‘we will sue you!’ The other agencies didn’t have the resources to respond to a lawsuit, so he would get his way.”

PrEP activist and former AHF poster boy Eric Paul Leue, who broke ties with the agency after Weinstein’s widely maligned objections to PrEP, has little patience with such tactics. “AHF has sued counties, cities, and departments of health, and has bullied smaller organizations into submission with litigation that real non-profits cannot afford to fight,” he said.

Leue relates the story of AHF attorney Samantha Azulay who, during a case in which AHF fought to have funding taken away from a small organization serving Los Angeles youth, stated that “maybe you’ve got to cut up a couple trees to save the forest.”

“That’s what it comes down to,” said Leue, who began a #RemoveWeinstein petition last year. “AHF leadership is the forest and they do not care about the community. They care about their bottom line of one billion dollars per year.”

Weinstein’s litigious nature and the sheer size of his agency intimidated plaintiff Jack Carrel and gave him pause when considering what to do about the policies he knew to be wrong. “AHF is a very big organization,” Carrel said. “And I’m one HIV educator. So that was, and still is, scary.”

“A THUG AND A CROOK”

Weinstein’s battles with HIV advocates and agencies have largely marginalized him from HIV advocacy circles, where he is derisively known as the Tea Party of the HIV movement.

Lifelong HIV activist Peter Staley (How to Survive a Plague) believes the legal fallout from Weinstein’s actions is long overdue. “For those of us who have been fighting Michael Weinstein from day one,” he said, “when he started ignoring the great legacy of science-driven AIDS treatment activism, this lawsuit couldn’t have come soon enough. And yes,” he adds, “it feels like payback.”

Long term AIDS survivor Michael Petrelis, whose own blog The Petrelis Files is best known for holding HIV service agencies accountable by publishing their IRS 990 forms, has long criticized AHF for failing to post its 990 on their agency website.

“It’s possible the charges in the lawsuit are just the tip of the iceberg,” Petrelis said. “Since AHF is a behemoth with national and global offices – not to mention lobbyists in Washington – and negotiates directly with drug manufacturers among its various endeavors, there should be an AHF Watch Network… keeping a close eye on the organization, its Board and executives.”

Peter Staley is already writing Weinstein’s professional obituary while remaining concerned for the well-being of thousands of AHF clients. “We knew Weinstein was a thug and a crook,” he said, “but his downfall will be bittersweet, because it could also bring down the empire he built, which includes lots of HIV/AIDS specialists and thousands of low-income patients.”

“If I were on the AHF Board,” Staley adds, “I would quickly clean house. All of this can be set right once Weinstein is gone, and AHF can live on under new management.”

Plaintiff Jack Carrel thinks that, were something catastrophic to happen to AHF, “other agencies would step up” to fill the needs in service. And when asked if Weinstein deserves to keep his job, Carrel will only say that “when you’re CEO of an organization, you are responsible for what it does.”

Removing Weinstein may actually become an imperative for the AHF Board, Sue Crumpton believes.

“Michael always cultivated his own Board, which acquiesce to his whims, and he has always served as its Chair,” she said, “but those other Board members also have a fiduciary responsibility to the agency. They could be held personally liable for this lawsuit. A Board can be ensured against many things, but negligence is not one of them. If they don’t seek to remedy this situation, in my opinion, they are negligent.”

For his part, lead counsel Theodore Leopold isn’t particularly shocked by the alleged unlawfulness of AHF policy. “I’ve been doing this a long time,” he said, “so not too many things, as it relates to corporate greed, surprise me.” 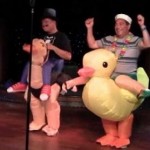 Need something completely different? Discounted cabins for the 2015 HIV Cruise Retreat this November 8-15 are going fast. Join a few hundred brand new friends on a cruise along the Mexican Riviera! We have our own theme parties, outrageous game shows, and excursions at ports of call — plus a special guest, Timothy Ray Brown, the first man to be cured of HIV. We will be sailing roundtrip from San Pedro (just outside of Long Beach/ Los Angeles) to an exotic mix of beach towns on the Mexican Western Riviera. Each town has its very own local charm and flavor. For more info, check out HIVCruise.com or contact our cruise director Paul Stalbaum at 888-640-7447.