The Gay Men of “Jerker” Escape AIDS Through the Phone Line 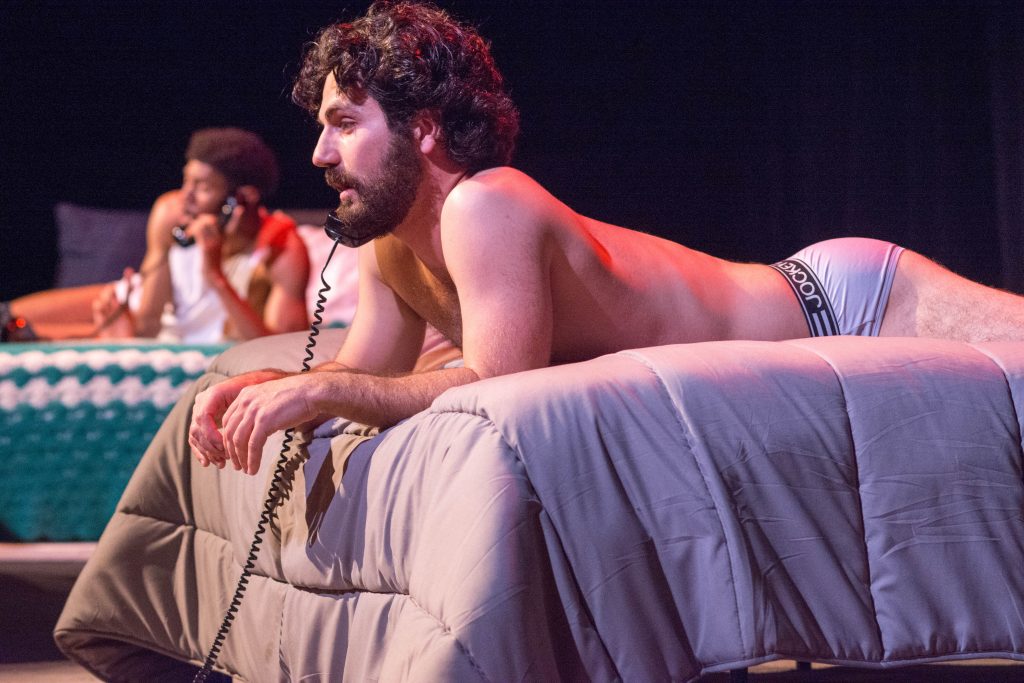 (Readers: Please join me when I host a virtual screening of this play on April 28th, including a talk-back with the cast and crew. Details below.)

When the monumentally important play Jerker begins screening online as the latest virtual offering of Out Front Theatre, it might be easy to reduce it to a titillating play about two gay men talking dirty to one another. That would be a mistake. This playful, candidly sexual, and ultimately searing piece of theater is so much more than a phone sex gimmick.

Jerker transports us to the 1980s (the play was written in 1986 by the late Robert Chesley), when gay sex had become so terrifyingly dangerous that the bars emptied and sex venues closed. There were no online apps (“online,” as a concept, was still in its infancy) and any sexual prospects carried with them an unnerving amount of anxiety.

But that doesn’t mean our collective libido as gay men disappeared altogether. We craved sexual connection as much as emotional intimacy, and we are nothing if not resourceful when it comes to getting our needs met.

And so we turned to the phone, a very simple instrument at that time that was decades away from becoming a supercomputer. It was still anchored to the wall by a coiled cord and capable of nothing more than connecting us to a voice on the other end of the line.

But oh my, that voice. As the two characters in Jerker discover, there is a thrilling intimacy in revealing your most private desires to a disembodied voice on the phone. In the course of the one-act play, these two men share their secrets and then, slowly, their hopes and their fears, spoken through furtive cries and whispers.

It is only fitting that a special screening of Jerker will be held on Wednesday, April 28, at 7pm ET  that will benefit AID Atlanta (visit OutFrontTheatre.com for tickets). At the time Jerker was written, AID Atlanta had already been serving Atlanta’s ravaged gay community for several years. 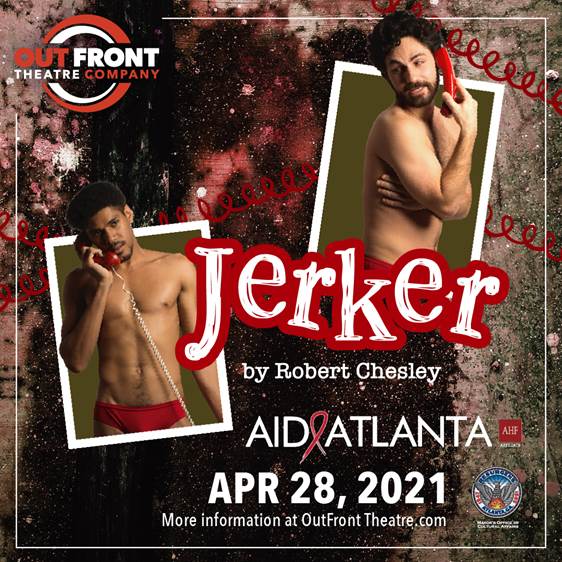 As part of the special screening, I will have the privilege of hosting a talk-back with the Jerker cast and crew directly after the performance. Beside being an HIV activist and longtime survivor myself, I share an unusual degree of separation with the autoerotic theme of Jerker.

In the early 1980s, I owned and operated Telerotic, one of the largest gay telephone fantasy companies in the industry. Business was brisk during the AIDS crisis. It was the golden age of phone sex. Customers called from all over the country to speak live to one of our team of “phone fantasy men,” and learning about their preferences and desires was never less than fascinating.

In calls with specific customers that sometimes spanned years, I heard about their heartache and their loneliness, I knew their hopes and aspirations, and I shared their grief over of the rejection of family or the pain of gay bashings.

It might be easy to reduce the calls to something frivolous, but I refuse to do that. The customer’s need to be treated as a complete human being, capable and worthy of affection and sex that wasn’t perverse or ugly or pathological was desperately needed in the 1980s, particularly for men who were isolated in small towns around the country. Trust me, in those days, sexual fulfillment and genuine self-love were a lot harder to come by.

I sincerely hope that the dreams my customers had for themselves came true one day, that they found someone who would care for them in a way they deserved, and that they somehow managed to get out of the 1980s alive.

And I remain haunted, today and forevermore, by the sound of woeful longing in their voices.