The Thing about Being Naked with Damon Jacobs

Previous Next
The Thing about Being Naked with Damon Jacobs 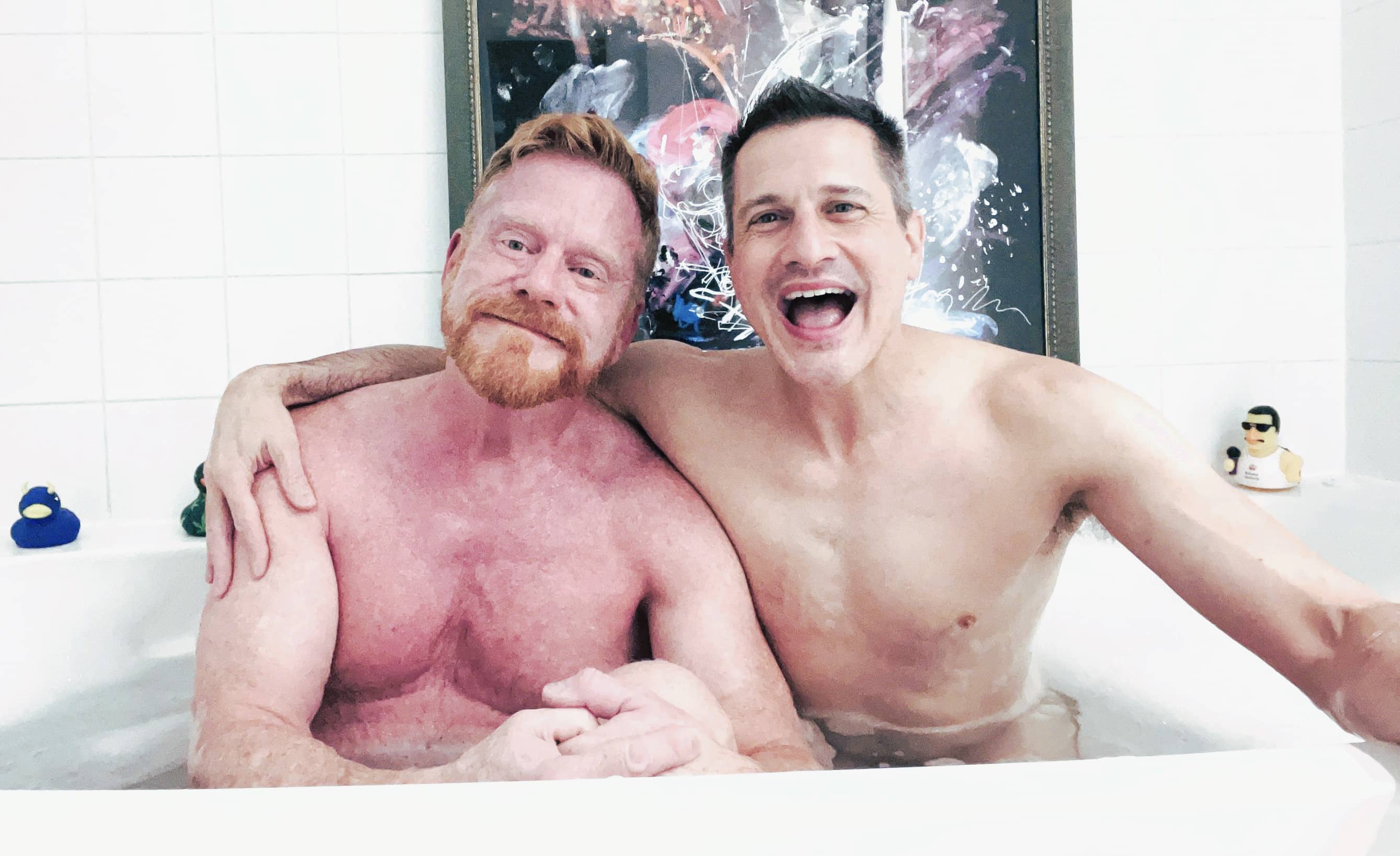 Damon Jacobs is moving around his hotel room, setting up a tripod and attaching his camera, all the while chatting away enthusiastically about nothing in particular. His sunny attitude is disarming given the circumstances, and maybe that’s the point, because I’m standing butt naked a few feet away from him, pretending to read something terribly important on my phone.

Damon is naked, too.

Standing around unadorned in a hotel room while another guy sets up a video camera is a lot more action than I am used to for a weeknight. I mean, it’s been years, people.

But this is different, and is all in the service of helping others. Really. Damon L. Jacobs, who burst upon the HIV community scene a decade ago as an early adopter and advocate for PrEP (he founded the influential PrEP page on Facebook), is also a highly regarded author and therapist who tosses out the kind of positive affirmations you hear from the best life coaches, and I mean that in a good way. Damon believes we all have glorious potential. It’s hard not to believe it yourself when you spend time with him.

But back to our being naked. Damon had the brainstorm a couple years ago to do a series of interviews with inspiring community members. He thought it would be fun to conduct those interviews in a bathtub, with just enough fluffy bubbles floating around to satisfy modesty. He also knows that this vulnerable environment might reveal more than a bit of flesh. People might respond, he wagered, by opening up even more.

And let’s face it, you’re gonna click on a video of two naked people in a bathtub.

Damon’s talk show, Tub Talks with Damon L. Jacobs, has now had more than 70 installments. His list of guests includes people from every possible facet of our community, gender, sexuality, and background. The interviews are chock full of laughter, wisdom, and intimate reveals on life’s victories and defeats, all of it as Damon, the other naked person in the tub, gently extracts those nuggets of truth from his wet and foamy guests.

Damon has been asking me to do the show for a while, but being in the same city at the same time has been challenging the last few years. He tries to make it as easy as possible when the time is right – he uses the tub of whatever hotel room he may be in when he travels, and I have to wonder what kind of questions he asks when he makes the reservation.

For our interview, we were both in Montreal for the international AIDS conference last month.

Nudity isn’t something I do with casual confidence. It matters to me who sees what, and when. Sure, there was that magic period most of us enjoy, a few years of our lives if we’re lucky, when we’re on good terms with our bodies and we have the confidence to show it. Here’s looking at you, 2002.

These days, my attitude toward being nude is one of practiced resignation. I try to limit the big reveal to the doctor’s visits or a flash in the locker room. I’m not exactly looking for an opportunity.

But opportunity can come knocking anyway. After stealing a painting from the wall in the bedroom and setting it rather precariously on the back edge of the bathtub (“We need some visual interest behind us,” he told me, “just don’t bump into it when we talk.” I wondered what broken glass in a bath would look like.) the stage was set.

By showtime, I was unbothered by my own nakedness. It’s funny how fast that falls away. Maybe Damon is on to something.

Damon and I both tipped our toes past the bubbles, finding the water just about right, and we slipped in facing each other, negotiating a comfortable tangle for our legs under the steamy surface.

Damon turned on the camera and his smile brightened. I gulped down a deep breath for courage, and we began.