What is Driving the Latest Monkeypox Messaging Battle?

Previous Next
What is Driving the Latest Monkeypox Messaging Battle? 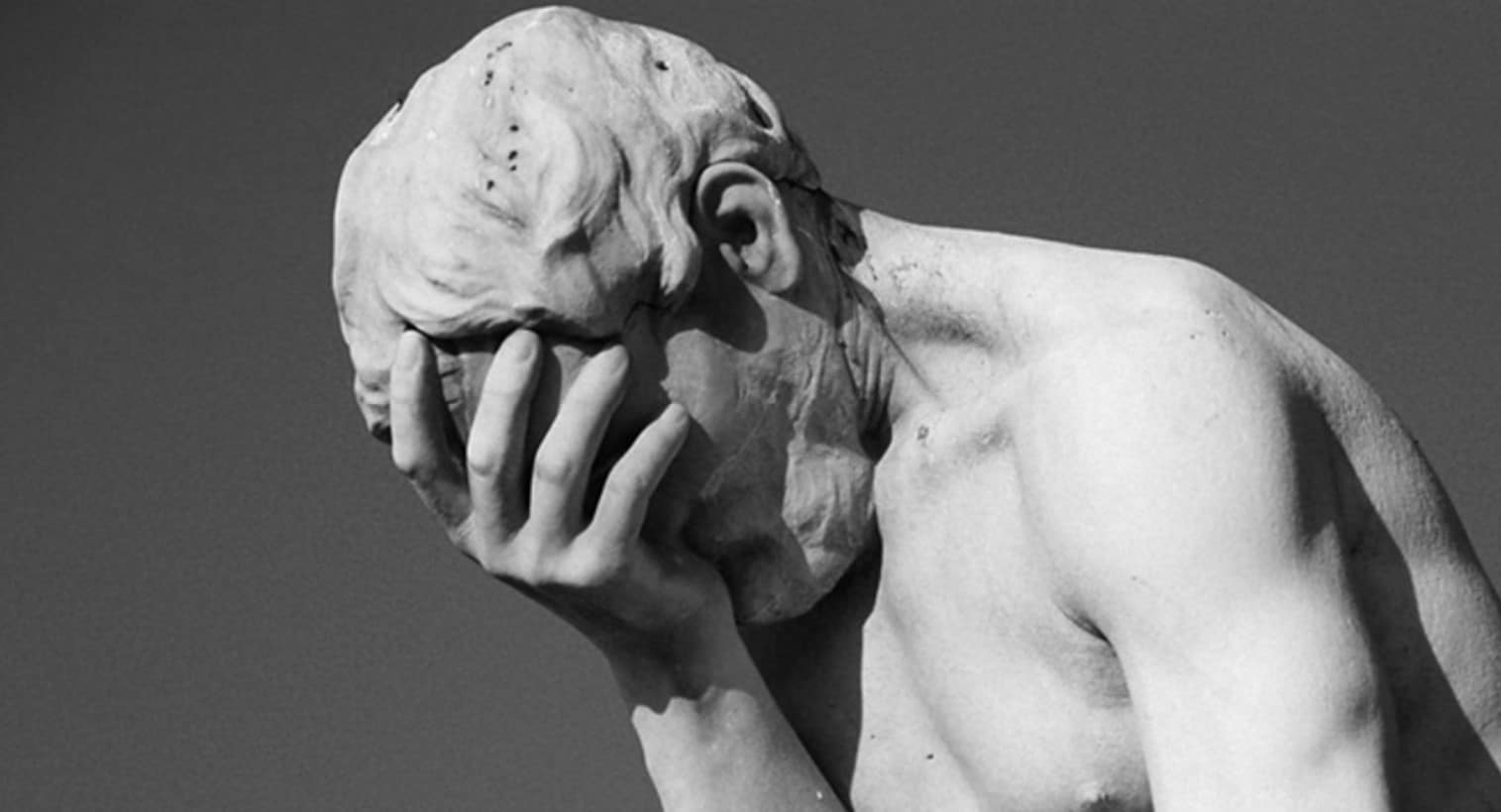 The first AIDS joke I ever heard in the early 1980s, back when the threat seemed remote and I was young and insensitive enough to laugh at misfortune, was about who got AIDS. At the time, it was a disease that primarily affected gay men, intravenous drug users, and Haitians.

The hardest thing about having AIDS, the joke went, was convincing your parents that you’re Haitian. Ba dum bump.

At a time when so many sick and dying men were making difficult calls to the folks back home (“Mom, I have two things to tell you…”), one of the humiliations of having AIDS was being forced to admit you were having sex with other men.

It’s been 37 years since my own HIV diagnosis, so it’s easy for me to forget what it felt like at the time. If I’m honest, my diagnosis felt like everyone in the world knew I let a guy bang my butt. It didn’t matter that I was an out and proud gay man living in West Hollywood, California. I felt guilty and exposed for the faggot I was.

Those memories have come back to mind while observing the recent skirmishes among LGBTQ activists, journalists, and public health officials dealing with the monkeypox epidemic.

Monkeypox in this country has been an epidemiological constant since the outbreak began: gay, bisexual, and other men who have sex with men (for the sake of space, I will refer to this group as gay men) account for 98% of cases. But the media, the CDC, and even some gay activists are quick to insist that “anyone can get monkeypox” by pointing to the exceedingly rare cases of non-gay transmission.

This Look-Over-There-ism is a distraction, maybe even a deflection. We can’t seem to accept that we, gay men, are hosting a party we didn’t plan. Even more painful, literally and figuratively, is that excruciating monkeypox lesions can leave telltale scars on our penises and rectums. X marks the spot.

And suddenly I am transported back to my HIV diagnosis, flush with embarrassment, because everyone knows what I have been doing with my ass. No wonder we feel compelled to mention rare cases of non-sexual household transmission. Gay men are raised in a state of shame. It lingers.

Let me say, again, that monkeypox isn’t a gay disease (nor should sexuality itself be shamed for the glorious gift it is). Viruses don’t care about sexual orientation or politics or privilege. They just hitch a ride with whomever is driving. And right now – and consistently since the outbreak began – monkeypox is traveling among gay sexual networks, with no evidence it has spread to other demographic groups to any statistically significant degree.

Spoiler alert: Monkeypox is an STI.

The CDC, continuing its vexing tendency to react in a slow, cautious manner in the wake of obvious data, still hasn’t added monkeypox to its list of STIs. Monkeypox should be added to that list. Now.

Ah, but once again, there’s pushback to this language, because it centers (gay) sex as the transmission culprit. That invites the same kind of stigma that has led to gays being yelled at on subways and the general sentiment that we are vectors of disease because of our sinful ways.

Conservative media, for example, has displayed its usual boarish approach to coverage of monkeypox. And yes, people who hate LGBTQ people can add monkeypox to their list of excuses. But we must tell the truth about this epidemic and focus on those who need help.

Even in 2022 – perhaps especially in 2022 – after the integrity of public discourse has been battered and bruised, the truth still matters.

So, why does defining monkeypox as an STI matter? Because when monkeypox is viewed clinically and from a public health standpoint as an STI, resources are devoted to education and prevention. People can receive advice on prevention and safer sex and be offered testing for other STIs. It is a good thing.

When we don’t define clearly who is getting monkeypox and how it is being transmitted, you end up with people who are worried sick about it and don’t need to be. Those folks suck time, attention and resources away from those who need them.

Last week, the Centre for Biomedicine, Self, and Society in Edinburgh hosted the webinar, “Is Monkeypox an STI?” (Check out a great re-cap of the webinar here.)

“We can settle that debate today,” offered panelist Francisco Javier Membrillo. “Monkeypox is a disease related to sex. We must be prepared to give this information.”

Panelist Liz Highleyman, Science Editor for POZ Magazine, acknowledged that stigma plays a role in all of this. “Being known to have a disease transmitted through non-normative sex (means) blame and assumptions,” she said. “The advantage is not giving low-risk people an inaccurate picture of their risk. We see a lot in the media that the average person has a risk on subways or in schools. It can be more stigmatizing,” Highleyman added, “to lead people to believe they may be at risk through casual contact with gay men.”

“Monkeypox can be an STI in some populations,” Highleyman said, “and not an STI in other populations.” Trying to be absolute, in other words, only produces anxiety.

Activist Will Nutland, from Prepster, told the panel there wasn’t enough being done to define monkeypox as an STI among gay men. “We need to be doubling down in those groups to be sure they are in the front of the line (for education and vaccines). I care much less about the STI and much more about clarity, honesty, and how monkeypox is transmitted and by who.”

Queer scholar and author Steven Thrasher (The Viral Underclass) didn’t mince words or definitions with the panel, having just published an article in the Scientific American, “Monkeypox is a sexually transmitted infection and knowing that can help protect people.”

“We must reject the shame that comes with these viruses,” Thrasher explained in the webinar. “Don’t cede ground to bigoted homophobic people… and the vacuum of information can create stigma as well, which we must combat.”

Thrasher is also extremely concerned about what he considers “exceptional cases getting exceptional coverage.” Weeks ago, a child care center worker developed monkeypox, leading to an avalanche of media coverage and knee-jerk hysteria on social media about the coming plague among children. What has been barely mentioned since that story broke is the fact none of the children at that center have developed monkeypox. “Household transmission” remains incredibly low, and no transmissions have occurred in school settings.

Thrasher believes these arguments distract from the social inequities of monkeypox education and vaccine distribution. The majority of cases occur among men of color, yet the vaccine lottery, conducted primarily through frantic online searches for a place in line, has largely favored the white men crowding clinics for their shot.

Arguments rattle on and advocates are throwing the latest think pieces at one another like salvos of friendly fire. Activism has always been messy, but this debate has become needlessly unhelpful during a time we need progress. What if the answer lies among us all, collectively, and the best way forward would be to check ourselves, stop doubting the intentions of others, and stay focused on what is true?

In an interview about his best-selling book, The Great Influenza: The Story of the Deadliest Pandemic in History, John M. Barry said this about the importance of truth in public health:

“You don’t manage the truth, you tell the truth. If you are going to rely on people complying with public health measures to have any impact on the spread of anything, then they better pay attention to what you’re saying. And if you have a mixed message, that’s not going to work. If you lie to them, they will find that out fairly quickly. And once you lose credibility, people aren’t going to pay any attention to you. So clearly, the best strategy, both short and long term, in any crisis situation, and particularly again when you’re looking for public compliance with your advice, is to tell the truth and then keep telling it.”

These days, after decades of disclosing my HIV status to people, I no longer study their expressions to figure out if they are judging me for how I got it.

Maybe they are. But it won’t keep me from telling the truth.