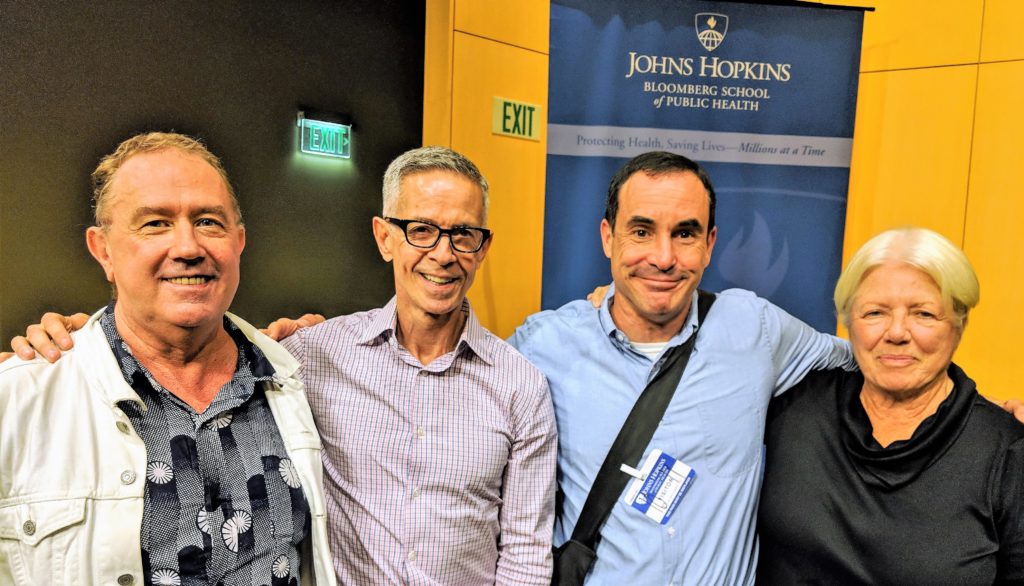 The AIDS activists who regularly stormed the homes, offices and even churches of the powerful beginning in the late 1980’s weren’t the only ones who were scared for their lives.

Frank Young served as FDA Commissioner during the massive “Seize Control of the FDA” protest in 1988, among the first of many raucous, often clever and sometimes frightening actions mounted by the newly formed ACT UP (AIDS Coalition to Unleash Power).

A few months after the protest, which set the FDA on its heels and announced the arrival of an entirely new kind of activist (and, it has been argued, a new kind of gay man, empowered and unafraid), Commissioner Young was invited to speak at an event by physician David Kessler.

The first thing Young said at the podium, Kessler recalls, was, “For your own safety, stand clear of me.” And then Young put his hand on his chest and thumped his bulletproof vest.

Young may have had nothing to fear — not bodily, at least — but his precautions are instructive for anyone not familiar with the intense drama of that time. We were fighting for our very lives. Our rage felt pressurized.

Kessler, who followed Young as FDA Commissioner, shared his story during a fascinating reunion of the major players of the “Seize” protest, when the John Hopkins Bloomberg School of Public Health hosted “The 30th Anniversary of ‘Seize Control of the FDA’” on October 11, 2018. The bulletproof vest story produced some laughter, of the nervous sort .

The Johns Hopkins event included AIDS activists Peter Staley, Ann Northrop, Mark Harrington, and Gregg Gonsalves. It was an exciting and even emotional reunion for long-time survivors like me, seeing the rabble-rousers get their due. They have been fittingly acknowledged before, of course; all of them are featured in the Oscar-nominated documentary How to Survive a Plague, which uses extensive footage of the FDA protest, and both Harrington and Gonsalves are recipients of MacArhur Foundation Genius awards. Meanwhile, Staley is hard at work on his much-anticipated memoirs.

The impact of the “Seize Control of the FDA” protest, and those that followed, cannot be overstated. ACT UP redesigned clinical trial protocols that were adopted by the FDA, paved the way for accelerated access to new medications, and took their place alongside FDA officials with the ACT UP offshoot, Treatment Action Group (TAG). Their actions also led to dramatically increased research dollars.

These changes in policy and procedure have had an effect on every disease category, not simply HIV. AIDS activism changed our world in very tangible ways. 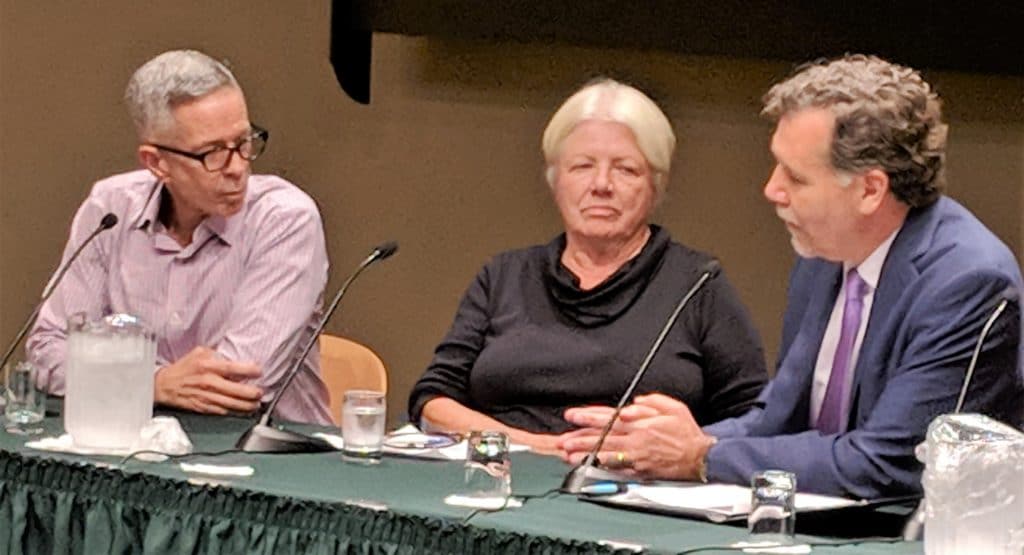 At the anniversary event, the activists traded memories of the protest and its long-term impact on FDA policies, sitting alongside former commissioner Kessler and Johns Hopkins professor Chris Beyrer. It was education of the highest order for public health students in attendance and for those watching via livestream. Public health is a human rights issue, a fact that was made repeatedly by the activists sitting on the panel.

Below is a full video of the 90-minute event. Every second is worth your time, but here are my favorite moments: Peter Staley provides context to the build-up to the FDA event (9:00); Ann Northrop describes the clever media strategy at the protest (12:57); Staley describes being launched onto the entrance rooftop (29:25); Mark Harrington describes the layers of oppression that led to AIDS activism and that still exist (42:15); Researcher Susan Ellenberg describes her uneasy feelings toward ACT UP and her eventual, deep respect for their ideas and tactics (47:00); David Kessler tells the bulletproof vest story (51:48); Gregg Gonsalves describes the FDA politics and how activism changed policy (1:09:00); and the panel discusses the current FDA landscape (1:11:00).

And yet, the passage of decades brought a bit of revisionism if you listened closely. Commissioner Kessler’s remarks seemed to suggest that the FDA would have approved new life-saving medications in due time, with or without the activism that nearly everyone else agrees propelled accelerated access and new clinical trial guidelines. His viewpoint didn’t sit well with Peter Staley.

“David Kessler had a very one-sided view of accelerated approval, writing the activists out of it,” Staley told me following the event. “He became FDA commissioner in 1990, after many of the reforms had happened. He didn’t mention parallel track, which was designed by ACT UP. I thought it was kind of a ‘only the great civil servants matter’ historical spin by Dr. Kessler, and that’s a shame.”

Activism, indeed, matters. It was humbling to revisit the ongoing legacy of ACT UP and the countless other activists who have had such a profound impact.

As the famous Margaret Mead quote goes, “Never doubt that a small group of thoughtful, committed citizens can change the world; indeed, it’s the only thing that ever has.”

Thanks for reading, and please be well.