Taboo Sex, Racism, and Gay Men: A Chat in Black and White

Previous Next
Taboo Sex, Racism, and Gay Men: A Chat in Black and White 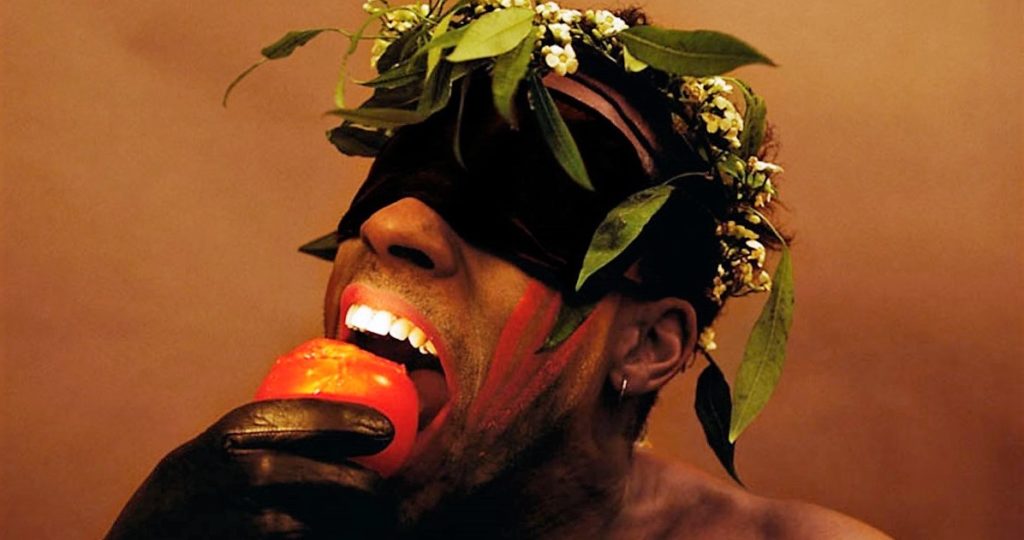 In thirty years of HIV work alongside black advocates, I have rarely written on the topic of race. It makes me uncomfortable, or perhaps I feel unequipped, unqualified. But it’s that very hesitancy, according to black gay academic Charles Stephens, that only makes racism worse.

Charles, the founder of the Counter Narrative Project in Atlanta, proved to be the perfect person with whom to chat about race (and sex, and fetishes) — when he wasn’t turning the tables on me with uncomfortable questions of his own. In our very candid chat, we discuss gay men, sex, racism, HIV, and the thrill of the taboo.

Mark: Can we talk about gay men, black and white? And I also want to discuss what it means for an HIV advocate who is white to be a supportive ally. I have some ignorant questions, probably.

Charles: So much of how I understand what it means to be anti-racist, if that’s even possible, is not just about mastering the right or wrong things to say.  Racism is a chronic condition. It’s something you have to constantly work against. The reward is your humanity.

And Mark, please tell the other white gays that desiring black men sexually does not make them any less racist. Milo Yiannopoulos is currently the queen of this line of thinking.

Oh good, let’s go there.  What does “sexual racism,” is that’s the term for it, look like to you?

For me, there is just racism. There have been a lot of writing about white men who don’t find men of color sexually desirable. I’m more interested in seeing more stories from black men who love and partner with other black men. What does it mean for black men to celebrate black love? 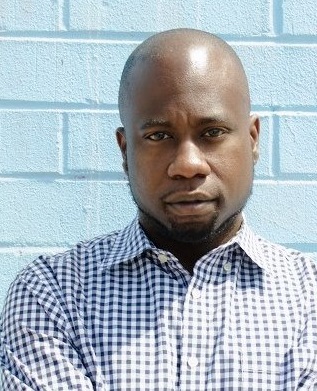 What about the objectification of black men as hot sexual beings? You wrote a really terrific piece about how photographer Robert Mapplethorpe set the bar for objectifying black men with his stark nudes of dark-skinned men.

A lot of white gay men were very upset with me about the piece. They were uncomfortable with me discussing race in the context of sexuality. I suppose having to think about race too much gets in the way of their fetishizing black penises.

It’s okay, you can say it here. Reducing a black man to “I want your big black cock.” That must get old.

Is Robert Mapplethorpe the only photographer you know who focuses on black subjects? Do you know the work of Rotimi Fani-Kayode? Ajamu X? Lyle Ashton Harris?

Um, no. But Mapplethorpe is iconic, so that’s my defense.

If someone only knows about or supports the work of white artists, that’s not consistent with ending racism. Mapplethorpe made his career off the pain of black people.

I’m Googling these other artists as we speak.

Anyway, I think there are some white men that desire black men sexually not because they love individual black men, but because interracial desire is taboo. Or they get off on seeing their white skin next to black skin.

Yes, the contrast of color. I’m tempted to compare it to my being a redhead and being pursued by men who were only interested in that. But that doesn’t begin to compare when the trait is race, not hair.

Of course that’s not the same thing as being objectified for being black. Do you enjoy being fetishized as a redhead?

Eh. If I was getting something in the transaction, it didn’t bother me. But gingers aren’t taboo, of course.  The thrill of the taboo is everywhere in our sexual DNA, right? Race. Cross-generational coupling. And yes, HIV. In my single-life shenanigans, I heard “give me your poz load” all the damn time.

Does this kind of roleplay arouse you?

Who, me? I’ll ask the questions! Let’s just say I try to be somewhat forgiving about what pops out of your mouth in the heat of passion. Within reason.

I have no interest in policing people’s fantasies, but we must be able to confront the most taboo aspects of our sexuality.

Sex without a barrier – we even created a naughty-sounding name for it, “barebacking” — used to be more of a taboo than it is now. Since it has become safer and something even “responsible” guys can do (via new tools like PrEP and being HIV undetectable), I bet guys don’t say “give me your raw dick” nearly as much as they used to. Just a guess.

We have to accept the diverse, complicated, and even uncomfortable ways our imaginations conjure sexual fantasies. In the HIV community in particular, I hope we become more courageous in having conversations around sex, around power, desire, and race. I hope that we get to that place.

We’re both very involved in the cause of HIV criminalization, and perhaps the most visible case thus far has been that of Michael Johnson, also known for his screen name, “Tiger Mandingo.” He’s a young black gay man who has been in jail for years for not disclosing his status to his sex partners (he was recently granted a new trial), but most every article about him has some hot photo of him without his shirt on.

So much of the public narrative surrounding Michael has been shaped by salacious headlines and descriptions of his sex life with no interest in his humanity. This is often the case for black gay men with “imperfect narratives.” Steven Thrasher at Buzzfeed was one of a few exceptions to that. Michael Johnson’s case catapulted racial justice front and center in the HIV Decriminalization movement in a really historic way. I kept hearing that black gay men were not interested in fighting against HIV Criminalization, but what I learned is that we were not being engaged. There was no robust effort to invest in our leadership.

So, you believe the first instinct among AIDS agencies and leaders was to ignore Michael Johnson, because of his race and “imperfect narrative?”

There were a lot of large national organizations that basically ignored his case until they realized they couldn’t. Many still do. That being said, there were also some amazing organizations, particularly in the HIV justice movement, that supported him from the beginning.

You’ve written about this kind of racial hierarchy in our organizations and institutions.  I feel like we’re still coming to grips with this. First, in the way that early AIDS is presented as a battlefield populated almost exclusively with white gay men. I loved Kenyon Farrow’s takedown of the CBS News story about the early days, which presented a very lily-white picture of the crisis years.

There seems to be a public empathy that white gay men were able to inspire that black gay men never received. The HIV epidemic has always been a very black epidemic and the public face early on was not black gay men. Meanwhile, the AIDS Industrial Complex has been built on black pain. The inequitable distribution of resources, and the starving of black organizations, has been absolutely criminal.

You know what phrase wasn’t even on my radar a few years ago? White privilege. It took me some time to realize white privilege isn’t something I “do.”  It’s just a fact, a state of being. How do you describe it?

For one thing, it’s automatic credibility. When someone is white they are almost always perceived as more credible than someone black. Then of course there is history. My great grandmother was a slave. And when you’re white, you are born into a system that wants you to succeed.

How does it manifest between gay men, and in the HIV advocacy arena?

There is still an incredible amount of racism in the HIV world. It’s ridiculous that there are very few senior managers and executive directors of HIV organizations that are black. Because of funding patterns earlier on in the epidemic, white institutions were able to get resources and thrive and black organizations were starved.

How can white HIV advocates be better allies to people of color? I’d love some practical tips here, if that works for you.

I would say a few things. Donate to black organizations and black causes. Learn something about black culture (read the poems of Essex Hemphill, the essays of Joseph Beam, films like Tongues Untied). Listen to black gay men. Don’t confuse pity with empathy, and don’t only support black folks because you want to be a white savior or white hero. We have to have real conversations about race. I get that they are uncomfortable. That has to end.

I’m embarrassed to say that in all the years of writing this blog, I’ve only addressed race a handful of times.

You’re not alone. A lot of white gay men have been slow to confront race, but this is hopefully the beginning of more dialogue. Thank you for this interview.

My pleasure. And speaking of supporting black culture, I’m seeing the film KiKi this week. But even mentioning this to you feels like the cinematic equivalent of saying I have black friends.

But it’s no lie! Can I also mention my favorite films from last year were Moonlight and Tangerine?

It didn’t have the poetry or emotional resonance of Moonlight.

My favorite was probably Fences.

We are the world.

p.s. For more, read my piece about the racist, short-sighted reaction to the #NoJusticeNoPride protest at the Washington, DC, pride parade this month, “Those Offended by #NoJusticeNoPride Should Learn LGBT History.” Or, read what it was like for white privilege to be called out explicitly in my report from last year, “Checking Privilege at HIV Is Not A Crime.”