Image detail from AIDES France Révélation campaign about being undetectable.

“We are not dirty, we are not a threat, and we are not disease vectors. In fact, we are the solution. People living with HIV who achieve viral suppression, who become undetectable, are the solution to the end of new HIV infections in the United States… When we look back 20 years from now we’re going to judge ourselves in terms of how well we responded to this opportunity.”

— Dr. Rich Wolitski, person living with HIV and Acting Director for the Office for HIV/AIDS and Infectious Disease Policy at the U.S. Department of Health and Human Services

When Dr. Wolitski delivered his speech at the closing plenary of the 2016 United States Conference on AIDS (USCA), he received a standing ovation. He was referring to this year’s newest findings of HPTN 052 and the PARTNER study, which showed that people living with HIV who are undetectable are not transmitting the virus to their negative partners.

How wonderful that something many of us have assumed for years has been proven to be true. So now we can spread the news and encourage people with HIV to seek treatment and stick with it. And hey, there’s nothing like a little intercourse a la natural with your partner to reward yourself for being undetectable, am I right?

Not so fast. There is some strong resistance to a message that equates undetectable to untransmittable, and it’s not coming from where you might think.

Here are five reasons why this breakthrough message matters.

1. The science is solid.

The PARTNER Study has recorded 58,000 acts of penetrative sex without condoms between 1,000 positive/negative couples, in which the HIV positive partner had an undetectable viral load. There were no infections between the couples. Not a single one. The same results were reported in the HPTN 052 study and the empirical evidence to date. As Dr. Wolitiski said in his USCA speech, “this is a game-changing moment in the history of the HIV epidemic.”

Resistance to the conclusion that undetectable people pose no risk of infection has been either a matter of scientific data scrutiny or a fear that people may not actually be undetectable when they think they are. Let’s break that down.

A review of the argument against saying “zero risk” is enough to make you cross-eyed. It is based on the premise that nothing, really, is without risk. Detractors of the non-infectious message will calmly explain the perils of placing any risk at zero and then hypnotize you with statistical origami. Suffice it to say that proving zero risk is statistically impossible. You risked electrocution by turning on your device to read this article.

There will always be somebody who claims a terminally unique HIV infection, even if the precise circumstances of their claim may be murky. Weird things happen. Some folks are convinced that people who drink alcohol sometimes spontaneously combust. But you don’t see warning labels about it slapped on every bottle of Wild Turkey by overzealous worrywarts.

It is also important to note that a Canadian consensus statement concluded that any “viral blips” or sexually transmitted infections (STIs) were “not significant” to HIV transmission when someone is undetectable.

2. Major health experts are on board (but not all community leaders).

Public health leaders, from the New York Department of Health to the National Institutes of Health (NIH), have embraced these findings and its meaning to people with HIV, while community advocates and organizations have been reluctant to get on board, citing a theoretical risk of infection. Or maybe they consider changing their fact sheets and web sites an enormous bother. 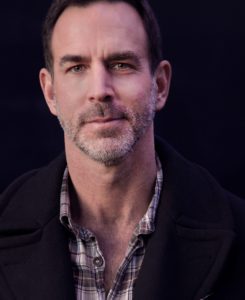 The Prevention Action Campaign and their seminal message “U=U” (undetectable equals untransmittable) was founded on the energetic efforts of a man named Bruce Richman. He entered the HIV advocacy scene a few years ago, seemingly out of nowhere, carrying aloft the banner of undetectability. Richman gathered signatures of health experts the world over for a consensus statement about the research, while cajoling every U.S. HIV organization in sight to adopt language that removes the stigma of infectiousness from people who are undetectable.

My review of the web sites and statements from major HIV organizations includes no strong language about undetectable people not transmitting HIV. Worse, some exaggerate the risk from those who are undetectable. How could such a new research breakthrough be met with such ignorance and apathy by our own leaders? I will defer shaming anyone by name while they take a little time to update their official language. (Notable exceptions to this sad rule include work going on in the United Kingdom and France that flatly states that undetectable means non-infectious.)

This skepticism from our own community reduces people with HIV, again, to a problem that must be managed. It suggests that those of us who have achieved undetectability don’t have the judgment to keep taking our medications or to see our physician regularly to be sure our treatment plan is still effective. It keeps us in the role of untrustworthy victims unable to make decisions that will keep the rest of you safe from us. What infuriating, stigmatizing nonsense.

Auxiliary issues often creep into this debate that may be well-meaning but only muddy the waters, such as the fear that promoting the message of non-infectiousness will lead to more sexually transmitted infections (STIs) because of the freedom it allows (see also: critics of PrEP, the birth control pill, and any other vehicle that might lead to unbridled sexual pleasure).

Rates of STIs — which were on the rise before the advent of PrEP or news from the PARTNER Study — are deeply concerning but ultimately tangential. We are in desperate need of comprehensive sexual health programs, to be sure, but in this instance I feel compelled to “kill the alligator closest to the boat.” This is about being HIV undetectable, not syphilis impermeable. Being undetectable will not prevent other infections or address promiscuity or remove stubborn stains.

Advocates are also sensitive to the continued compartmentalization of our community, between those who are positive or not, who is on PrEP or not, and now, between those with HIV who are able to achieve viral suppression and those who cannot, despite their best efforts. I sympathize with this new divide among HIV positive people but believe the greater good – removing shame and stigma from those who are not capable of transmitting – shouldn’t be downplayed. All HIV positive people of good will can and should celebrate this development, regardless of their own viral load.

4. This is a major victory for HIV criminalization reform.

Terribly important work is being done to repeal and reform HIV criminalization laws that prosecute people with HIV for not disclosing their status to a sexual partner. Our defense is often led by all of this growing science showing that the defendant never posed a risk to their partner in the first place, due to their use of protection or the fact the defendant was undetectable and therefore rendered harmless.

Continued assertions that undetectable people might pose a risk to others could be used in the courtroom against people with HIV.  Imagine the glee with which prosecutors might explain to a jury that “zero risk” is impossible and defendant Joe Positive posed a threat, however small, to his sexual partner and should be jailed for it. Put obscure doubts into the heads of a jury, and another person with HIV gets a 30-year sentence for daring to have sex at all.

5. This profoundly changes how people with HIV view themselves.

Internalizing the fact that I cannot transmit HIV to anyone has had an effect on me that is difficult to describe. I can only liken it to the day the Supreme Court voted for marriage equality. Intellectually, I knew I was a gay man and a worthy human being. But on the day of the court’s decision I walked through the streets of my neighborhood with my head held higher. Something had changed. I felt whole.

In my thirty-five years living with HIV, I have never felt exactly that way. I deserve to. And so do millions of other people with HIV.

Of all the arguments to adopt the message that undetectable people cannot transmit HIV, that enhanced feeling of self-worth may be the most important reason of them all.

(And now, only days after the posting of this piece, Housing Works has become the first HIV organization in the U.S. to come out explicitly with a #UequalsU message. It is just the kind of leadership I have come to expect from Housing Works.) 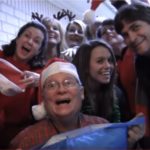 Have you seen the My Fabulous Disease Holiday Spectacular? I love to share it each year, just like the Grinch and Charlie Brown television specials. Not only does this video blog have Santa and cookies and even a touch of drag, it introduces you to most of my family, who discuss candidly what it has been like to love someone living with HIV. You’ll laugh, you’ll cry, it’s like a warm visit home. Check it out on Youtube here.