My Best Advice for Those Who Test HIV Positive

Previous Next
My Best Advice for Those Who Test HIV Positive

To be honest, I barely remember testing positive in 1985, when the test became publicly available (my doctor and I estimated my infection may have occurred as far back as 1981). I was already self-medicating with a growing drug addiction — it was Los Angeles, I was young and stupid, and people started dying; cocaine seemed like a reasonable response at the time — and the test result felt like my license to continue using. 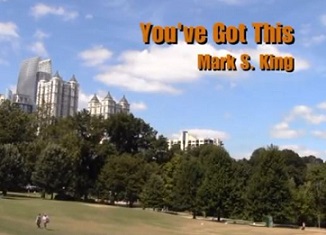 It’s easy to make the mistake of assuming new infections only happen to younger people, and I even make an apologetic joke in the video about my being “old.” The fact is, most new infections in the United States happen to people over 30, not under. We might want to check ourselves when we bemoan infections among “these kids today” (although of the various age groups with new infections, those under 30 remains the largest).

What advice do you give someone who has tested positive? Please leave your thoughts in the comments section below!

(You know what advice I would add to this video, created in September of 2013? I would reassure someone testing positive that if they are on a successful treatment plan and become undetectable, they can not transmit the virus to someone else. How amazing is THAT? Find out more about #UequalsU right here.)