A snapshot of The Gays descending on AIDS2022 in Montreal 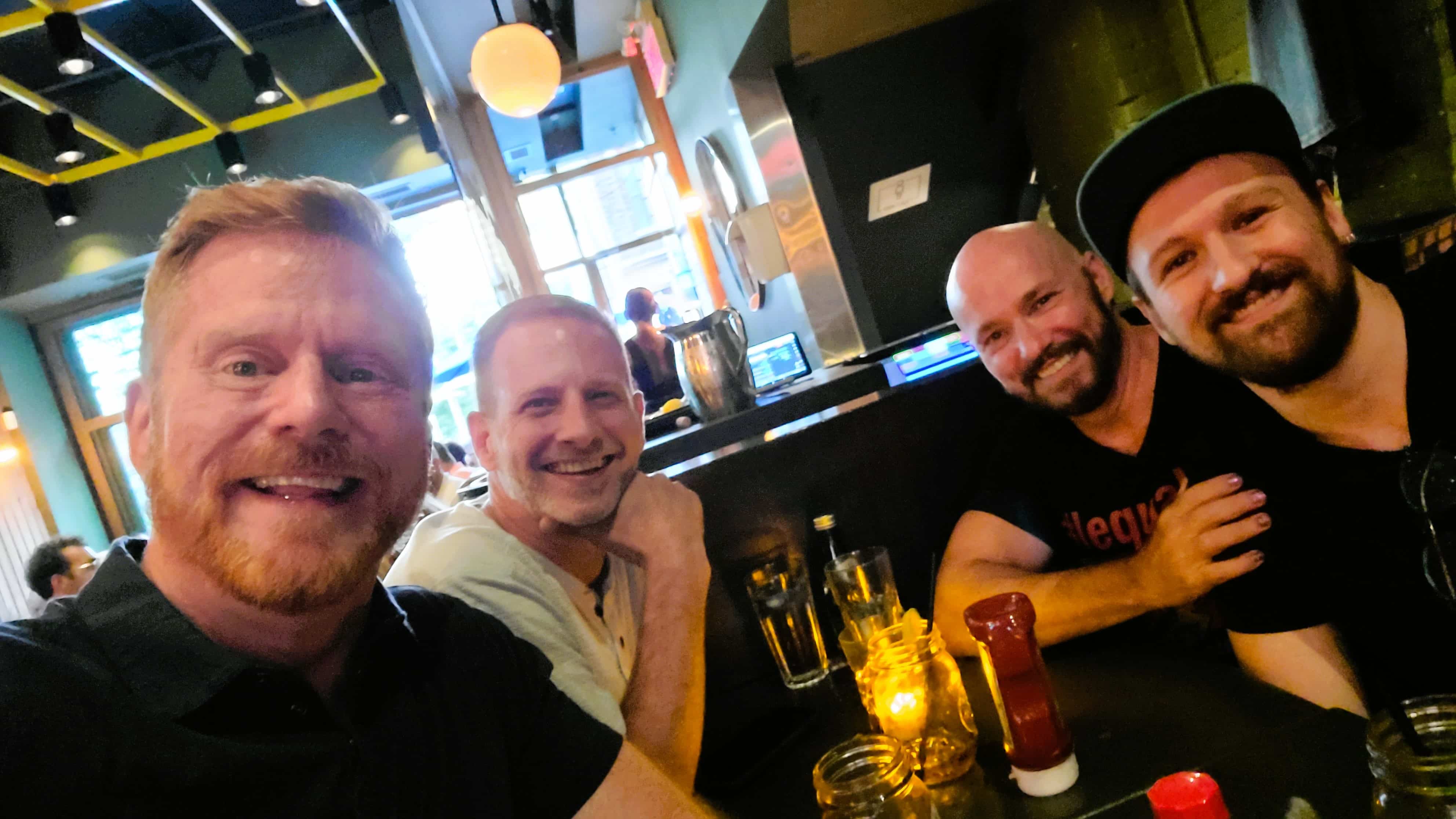 The poutine covering the fries in Brady’s bowl is suspicious. “It’s cheese curd,” Randy offers, and as the lone Canadian among us we figure he should know, but his explanation isn’t reassuring. The four of us, white gay men all, pick through the soggy mixture with our forks before chancing a bite. It’s delicious. The gravy helps.

We’re sitting in a restaurant in the center of the gay village in Montreal, weary travelers from far-flung airports but drawn to the local Boys Town as if by decree. It’s what one does.

We’re a table of gay guys and we’re gearing up for a week of the International AIDS Conference, known as AIDS2022.

Brady Dale Etzkorn-Morris is still under the spell of his recent marriage. Well, I say recent, it’s been years, but COVID wiped out a few of those and time has only begun to right itself. I ask about his betrothed as if it’s a new thing.

None of us have seen each other in person in ages. Randy Davis, from the Toronto area, has spent his lockdown getting buff when he hasn’t been working to raise HIV awareness and promote the message of U=U. We look at each other like we’ve been caught in a time warp, which of course we have, considering it’s been four surreal years.

Brady is talking about joining the paid staff of the Prevention Access Campaign, where “undetectable equals untransmittable” (U=U) originated. He’s made the leap from HIV-related disability back into the workforce, and his excitement belies a certain nervousness around the edges.

The fourth at our table is Linus Ignatius, a videographer who will be getting footage from the U=U pre-conference event in the morning. He’s annoyingly younger than we are, but also the most zonked out from a grueling travel schedule. Weirdly, I know Linus as well, because we both appeared in Charles Sanchez’ groundbreaking musical comedy about a gay man with HIV, Merce. 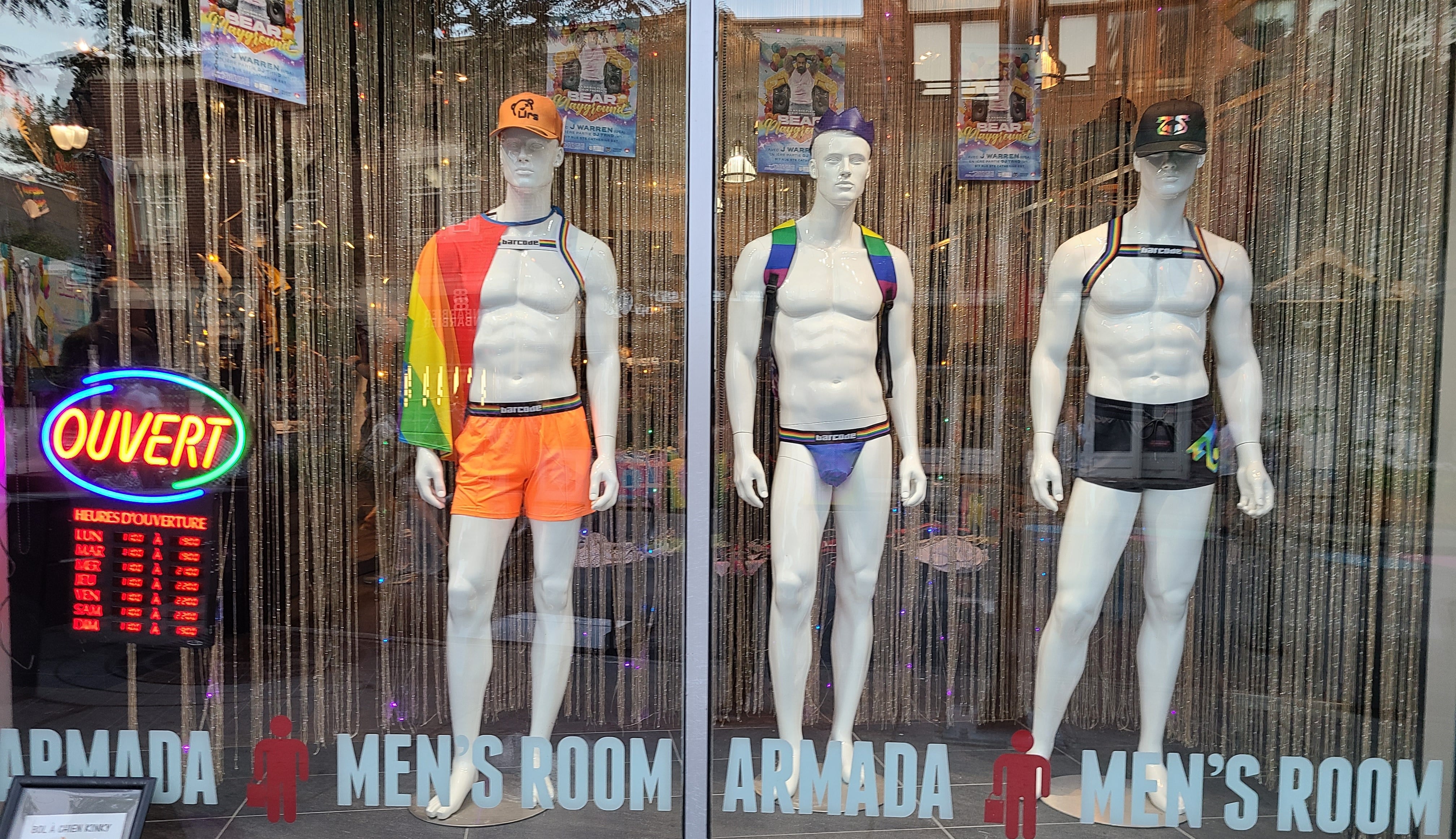 On the streets of Montreal’s gay village.

Outside the restaurant, on the closed street reserved for pedestrians and next-level cruising, the shops are a cornucopia of sushi, open air dining, gay sex venues and strip clubs. During our earlier stroll to find a place to eat, someone points to a gay bathhouse entrance. “It started there, they think,” they say, and they don’t mean HIV. They mean the epicenter of the Montreal monkeypox outbreak. It is a sobering reminder of our viral greatest hits as of late, and how exhaustingly long we have all worked to prevent and treat them in our gay community.

Someone at our table spots Aussie news reporter and newly minted HIV personality Karl Schmid with a group of friends across the restaurant (there’s that “new” word again, inaccurately), and I toss off my napkin and get up to have a look. My ability to work a room is probably rusty. Best to oil the gears. 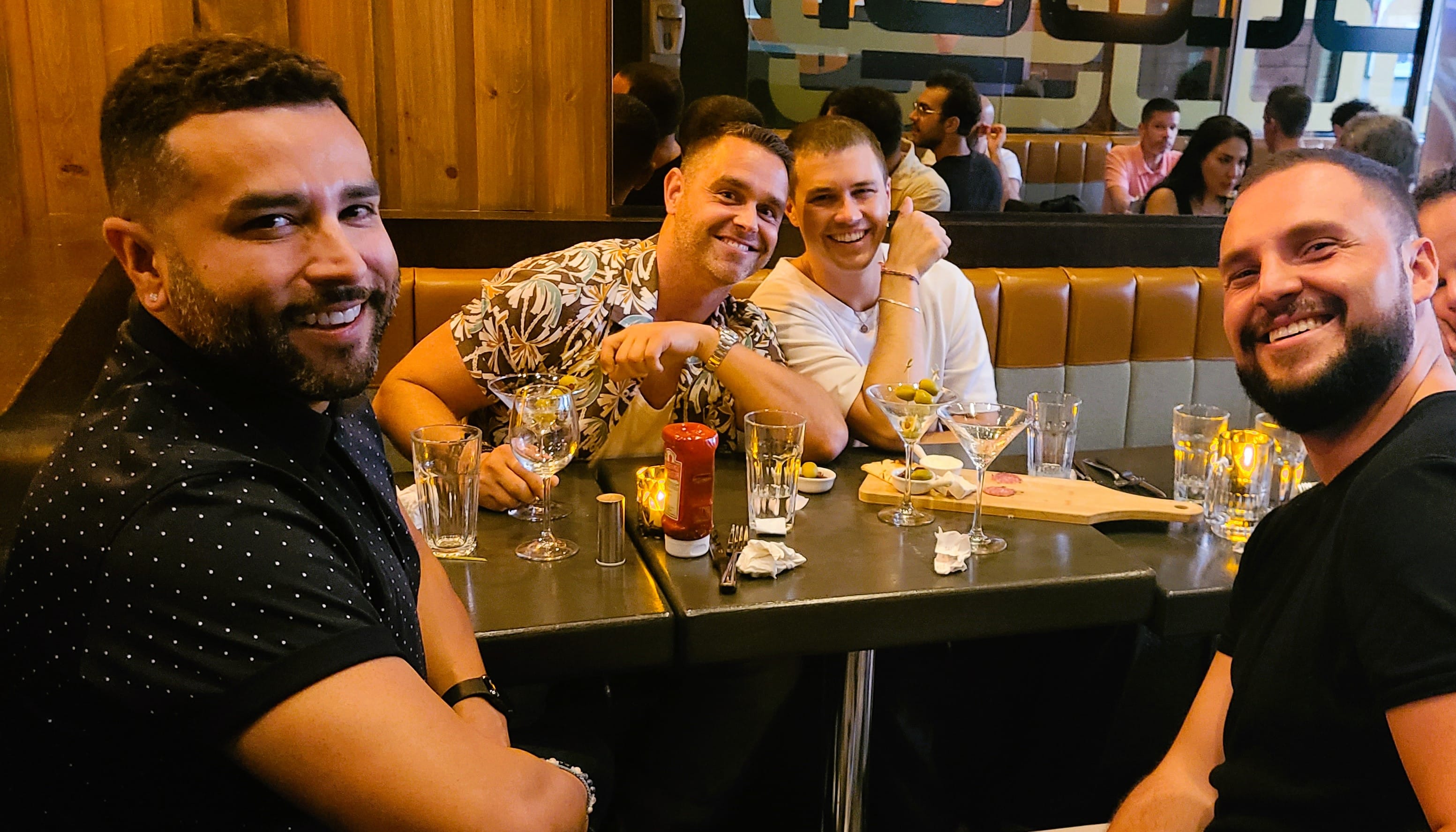 “Mark!” Karl cries out, and introductions are made around his boisterous table of even more gays. In the two minutes of chat that follow I somehow manage to bring up my liaison with the late movie icon Rock Hudson, but the star’s name only registers with Karl. It really takes the fun out of a sexual brush with celebrity when no one knows who the celebrity is, as I have learned through the passing years.

Back at my table, Linus is making a case for his love of Lindsay Lohan and I reenact key scenes from her disastrous docuseries that was produced by Oprah Winfrey. When asked, Linus also has no idea who Rock Hudson is. My story has a timestamp and it is quickly expiring.

Karl glides by to chat with us some more. He smells like really expensive hotel soap. Karl says he was taping something that day about the conference and was mortified with himself because he couldn’t stop referring to it as the “AIDS festival.”

“Oh, like there’s a KS land, and a pneumonia land?” I add helpfully. “Watch out for the rides! They’re terrifying!” Someone says, “the Death Drop!” and we’re hacking with rueful laughter, enjoying the kind of gallows humor reserved for Those Who Were There.

God, we needed this. We need human contact, the company of our tribe, and the personal satisfaction of being part of something, here in person, that is bigger than ourselves and which lifts up the life we have embraced and the cause that defines it.

Our week begins in the morning, and with it, a cavalcade of activists, researchers, physicians and people living with HIV from around the globe. It hasn’t been without controversy before it has begun, including the many people who couldn’t get through Canada’s lethargic visa program, leaving people out of the country who should be here, including scholarship recipients.

The demographics will change, beautifully, and the privileged white gay men enjoying dinner this evening will be joined by woman, people of trans experience, and races and ethnicities of every possible origin. It will be a welcome mingling of shared experience – and far different experiences as well, to our great benefit.