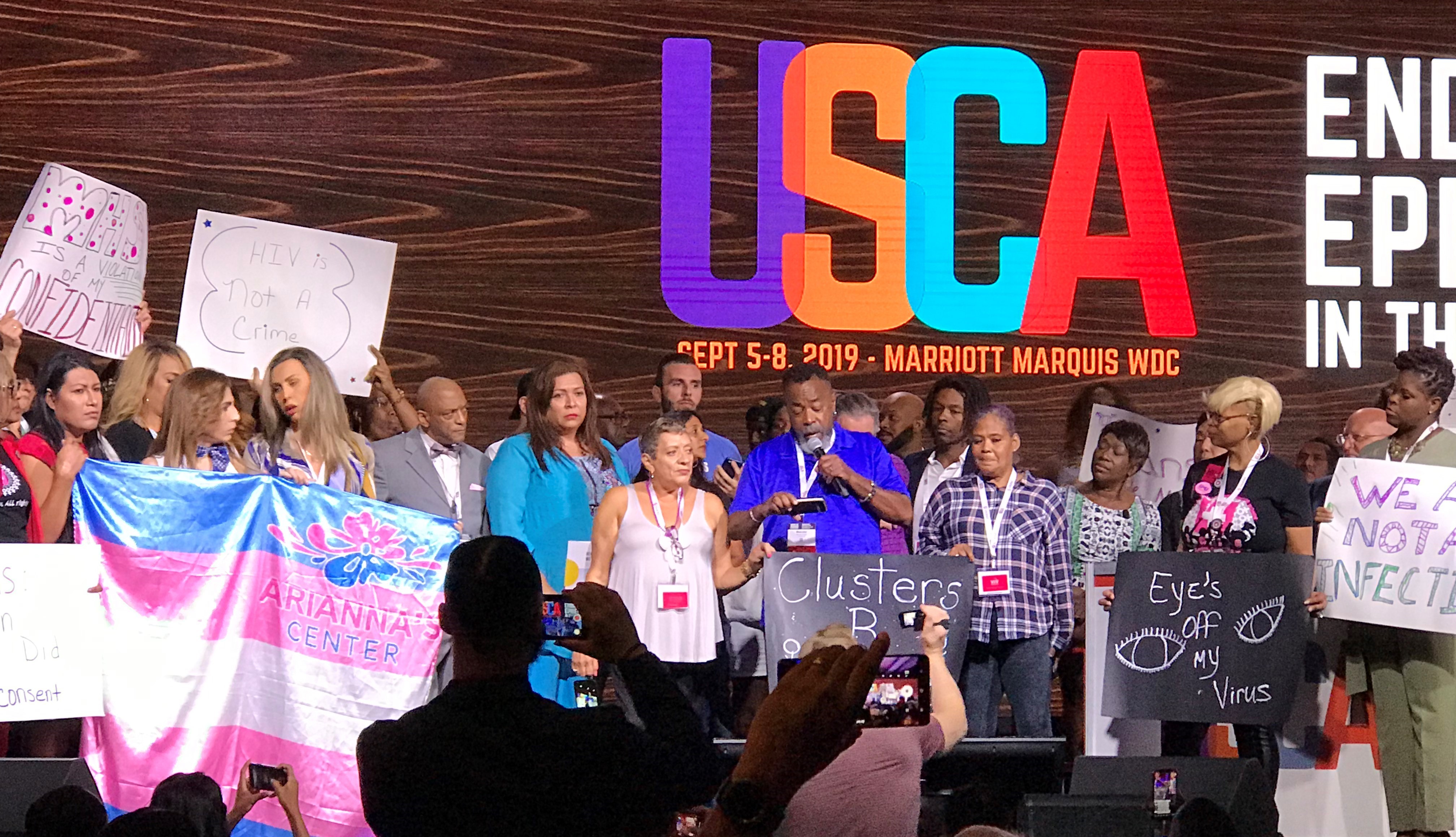 Dr. Robert Redfield, the Director of the Centers for Disease Control and Prevention (CDC) surely saw it coming. Protests are part of the DNA of the United States Conference on AIDS (USCA), and conference organizers have never shied from welcoming dissent from activists. In fact, they schedule time in their finely produced event for just such occasions.

Still, when a large group of diverse activists stormed the stage during the opening plenary on Thursday, their sheer number was impressive, as were their considerable list of grievances against the CDC and, in sometimes very direct and personal terms, against CDC Director Redfield himself.

God, I love a good protest. This one gets high marks. The speakers were passionate, concise, and withering in their takedowns of everything from the erasure of transgender women from epidemiological data to the ongoing controversy over Truvada pricing and patents to the quite troubling new policy of testing HIV genetics in a way that links transmissions to individuals, known as “molecular HIV surveillance.”

As the activists laid out their cases to a cheering crowd in the massive ballroom, plenary host Joy Reid of MSNBC and Director Redfield remained in their places on stage, joined by conference organizer Paul Kawata of NMAC, as if he were offering assurance and moral support to both the activists and his slightly stunned plenary guests.

Once the protest was complete, Reid assured the conference attendees that Redfield would be meeting with a select group of the activists to have a calmer conversation. 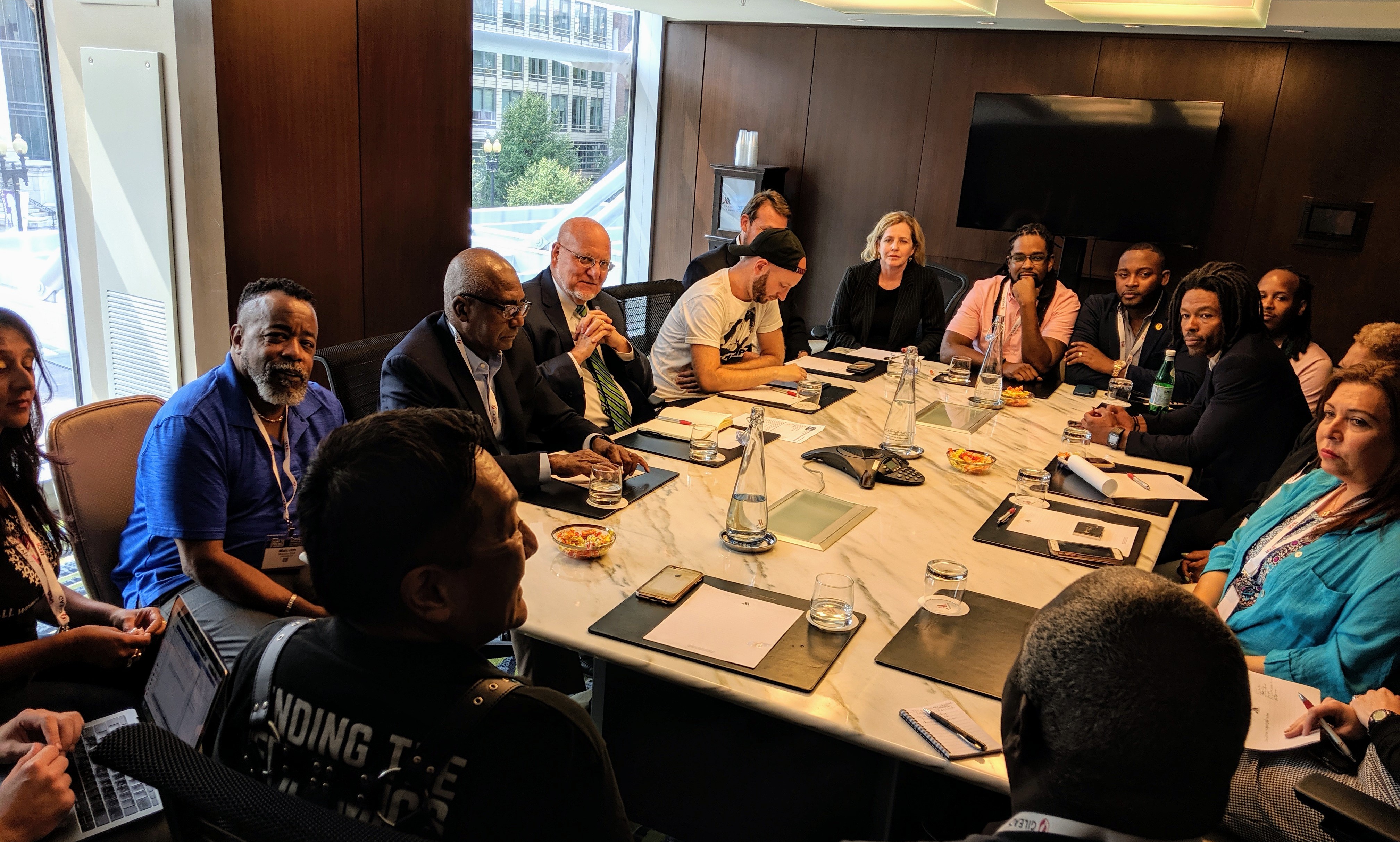 I joined them for that meeting, a group of a dozen or so, and although we agreed the meeting would stay off the record, I can report that each of the major issues outlined during the protest were revisited with Redfield. Some items, such as the battle over patent royalties from Gilead’s PrEP drug Truvada, are things Redfield cannot discuss due to litigation, which he has stated publicly.

Most reassuring to me was that, even after the drama of the protest, Redfield was receptive, circumspect, and agreed to have future meetings with various activists to address their concerns in more detail.

Act up. Fight back. Fight AIDS.