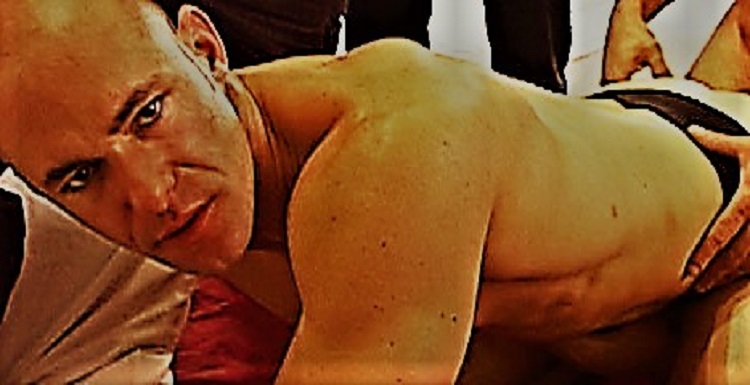 Leave it to science and rational thinking to ruin a popular sexual taboo.

Sex without a barrier. Unprotected sex. Barebacking. Also known as having sex. Ask a straight person.

And sometime, even in the darkest and deadliest years of the epidemic, to unload inside our partner was an enormous “fuck you” to AIDS. You might not understand the humanity of that choice, the triumph of it, or the search it represented for some kind of spiritual and physical release in the midst of relentless mortality. I guess you had to be there.

And gone, too, hopefully, is the judgment of those who labeled barebacking a deviant, destructive pathology. This may be the most painful aspect of our prevention legacy; the rush to demonize those who admitted to having sex without condoms before it became agreeable again, not to mention the furor over those of us who have spoken empathetically about sex without a barrier.

Activist and writer Tony Valenzuela became a community pariah when he wrote a piece in 1995 about being a young man living with HIV who had condomless sex with his boyfriend. He thumbed his nose at his detractors when he appeared naked on a horse for an infamous 1999 POZ Magazine cover (“They Shoot Barebackers, Don’t They?”) in which he discussed how the controversy angered and confused him. Valenzuela’s personal character was questioned and his professional life was derailed for years.

Maybe, with our new biomedical tools of HIV prevention, those same people who once blindly damned sexual behaviors they didn’t understand — whether out of puritanical beliefs or their fear of their own desires – have reconciled their fantasies and their HIV risk. I hope they’re enjoying totally hot sex and the fluids are flying.

It is difficult to ignore the appalling homophobia, internalized and otherwise, that runs through this aspect of HIV prevention history. We held ourselves as gay men to a more grueling standard than the countless non-queers who get an STI (several of them life-threatening) or an unplanned pregnancy every year.

I have no illusions. Sexually transmitted infections continue, even if the very thought of gonorrhea just makes me feel nostalgic. The PrEP train hasn’t reached everyone who might benefit from it and there is misinformation about its efficacy and side effects. Meanwhile, nearly half of those living with HIV in the United States have not reached viral suppression. There is still reason to be cautious about the who and the when and the how of sex. Now, as ever, we are responsible for our own bodies and the risks we take.

Frankly, behavioral change has not served us well in the grand scheme of HIV prevention. There has always been some debate, tension even, between those who believed the answer to HIV infections is behavior modification, and those who welcome the advent of biomedical interventions such as PrEP and “treatment as prevention” (TasP) that don’t rely upon sexual behavioral choices to work.

Throughout the decades, we have all witnessed the dominant, primal pull that sexual desire has exhibited over caution, so I know which prevention strategy my money is on. But hey, to each his own strategy. For that matter, condoms are a golden oldie and a perfectly legitimate choice. You do you.

What has changed are the conversations and information gathering that happen between partners. PrEP, medications, who is undetectable or not, what sexual positioning in what combination will occur, all of these exist in a more informed landscape, at least among gay men in this country.

Barebacking, as an urban phrase and a taboo, is dead. Thank god and good riddance to this divisive bit of sexual branding. Sex, meanwhile, motors happily onward, unbothered by the judgments of man.