AHF Offers Loans to Louisiana Agencies They Are Suing!

Previous Next
AHF Offers Loans to Louisiana Agencies They Are Suing!

In a bizarre press release issued by AIDS Healthcare Foundation (AHF), the $1 billion dollar agency has offered “no interest loans” to assist Baton Rouge HIV non-profits who are suffering financially as a result of being sued by AHF. Yes, their circular logic is exactly that absurd.

AHF is like a wife beater who offers the victim a few bucks for makeup to cover the bruises. 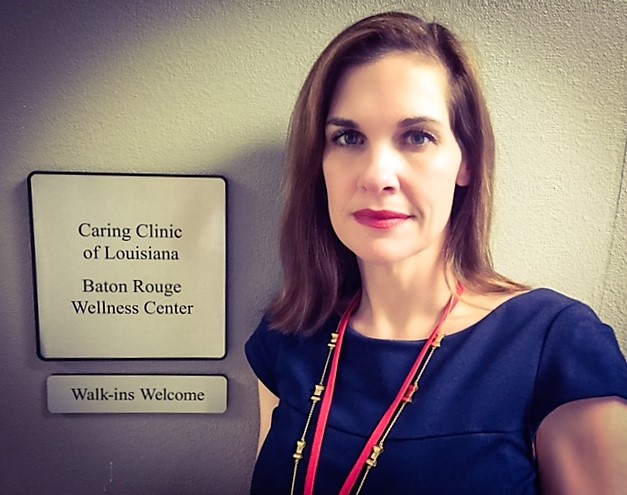 Kim Hood, COO of HAART in Baton Rouge, has some choice words for AHF.

The fantastically weird offer comes in response to a thundering public outcry after it was revealed that AHF, dissatisfied with their Ryan White Care Act funding in Baton Rouge, filed suit against the city and parish of Baton Rouge as well as the local non-profits agencies who also received funding – even though those agencies play no role in the disbursement of funding and are without resources to defend themselves.

AHF is “dismayed,” according to their release, that as a direct result of their lawsuit, the City of Baton Rouge chose not to execute funding contracts that would have gone into effect on March 1st, while waiting for an initial hearing to be scheduled. Services provided by local agencies since March 1st have gone without reimbursement, placing a financial strain on the agencies and risking service provision to people with HIV.

Kim Hood, Chief Operations and Compliance Officer at the HIV/AIDS Alliance for Region Two (HAART), one of the local agencies being sued, isn’t buying the loan offer for one second. “If AHF is in such a fantastic financial position to be so magnanimous as to offer loans to agencies that have been doing this work for more than 20 years,” she said, “then they don’t need Ryan White funding.”

“They have no intention of making any loans,” Hood continues. “I fail to see the purpose. If they loan me the entire amount I am supposed to get from Ryan White, how am I supposed to pay it back if they are successful in their lawsuit, which would take away funding from us?” Hood says that, rather than devoting time to managing care for HAART clients, “I have been spending my day drafting a response to a temporary restraining order filed by AHF. Their claims are laughable.”

Reached by phone for comment, AHF Director of Communications Ged Kenslea was not able to provide further information on the proposed loans, saying only that “we are in that process now.” When asked why, if AHF was concerned about the financial hardship of the local non-profits, they didn’t simply remove those agencies from their legal proceedings, Kenslea said it was a “legal question” and referred it to AHF’s legal counsel, who was unavailable for comment.

“We are attempting to hold the parish accountable for an inequitable process,” Kenslea managed to say before abruptly ending the call.

Hood vehemently disagrees with that assessment, or that the parish “abused its authority when awarding contracts,” as claimed by the AHF press release.

“We don’t always agree with the monies allocated,” Hood said. “But we trust the entities who are charged with making these decisions, because they have the most information about where the need is.  We don’t sue the city.”

Hood believes that AHF has far greedier motives for its actions. “This is not about patient care,” she said, “this is about the 340b drug pricing program. An AIDS organization that is providing medications that encourage viral suppression is eligible for this program. The program offers a substantial profit on these medications. AHF didn’t get funded in the category that would have benefited them most from this program. It’s very lucrative.”

Hood further believes that AHF has shown no regard for the local Ryan White process, which typically awards smaller amounts to first-time grant requests, and then increases those awards as the agencies demonstrate they are good stewards of the funding. “The service organizations in this market have been good stewards of those dollars for more than 20 years, working together and being good partners with one another. AHF has not been a good partner, either in this market or in any other market I am aware of.”

“Every local agency named in the AHF lawsuit works together and makes referrals to one another.  It creates a continuum of care. The city and parish know these things, and take them into consideration.”

“Just because AHF has come into this marketplace and bought up HIV practices to create a large patient population does not mean they are entitled to this funding, over those of us who have been doing this work for years” says Hood. “I find that offensive.”

Hood bemoans the fact that AHF dragged her agency and others into their legal wranglings. “They didn’t have to name all the other recipients.  They don’t want us spending any of the money they think they’re going to get their hands on.”