HIV in the Black Community: Tell the Story Right

Previous Next
HIV in the Black Community: Tell the Story Right 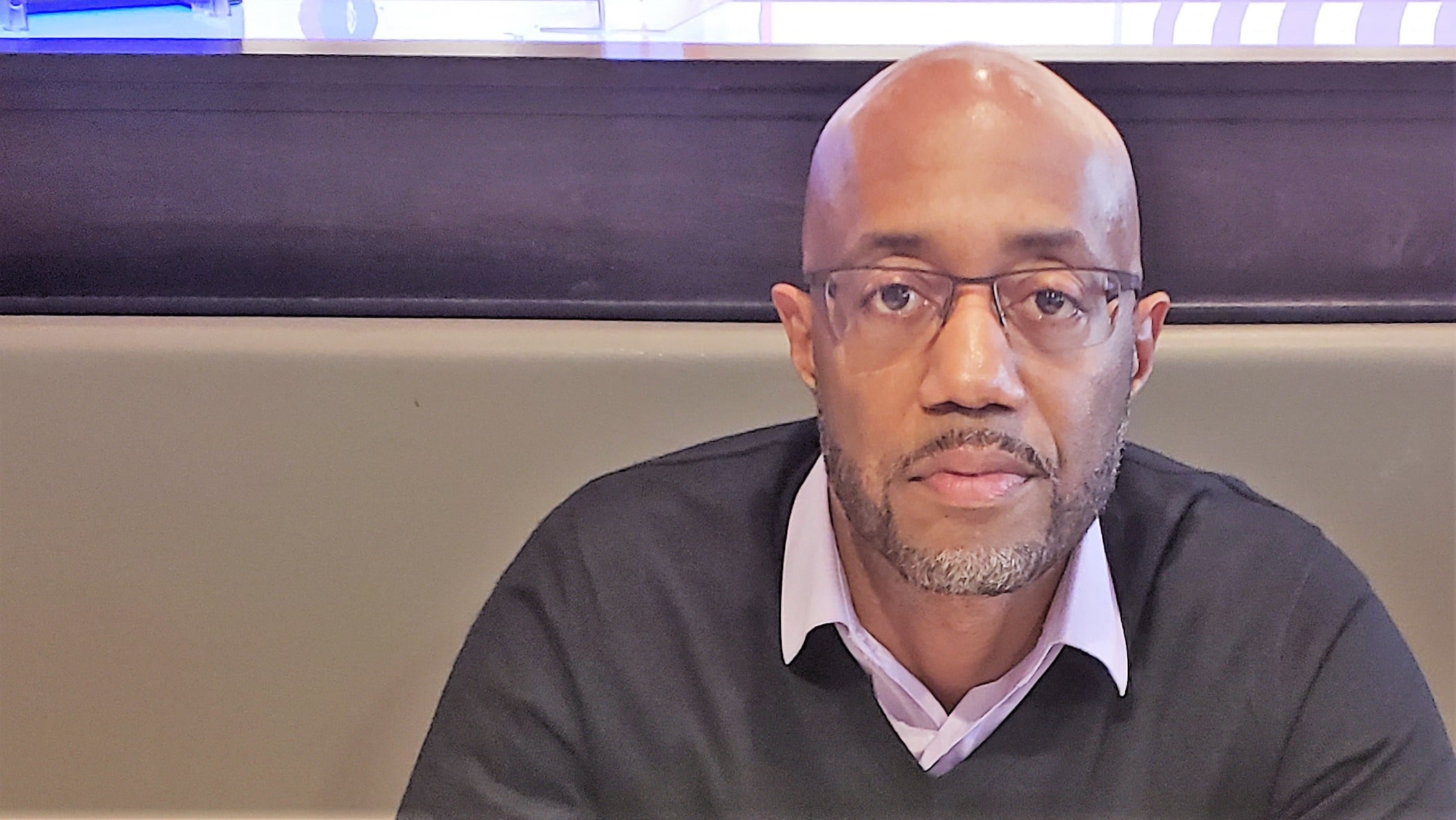 (For the first time, the words I am posting on My Fabulous Disease are not my own. This piece is from Craig Washington, whom I have known since our service at AID Atlanta 25 years ago. He continues to teach me about the lives and issues of Black gay men living with HIV. I have invited Craig to contribute occasional pieces to my blog. — Mark)

Last month, HIV Plus Magazine ran a short article with a headline that declared HIV rates in Atlanta are now “officially an epidemic.” The pull-out quote from Emory research co-director Dr. Carlos del Rio read in bold, “Downtown Atlanta is as bad as Zimbabwe”.

Between this puzzling declaration and the alarming analogy sits a tightly cropped headshot of a black man folding hands over his eyes. Image and text conspire to render a distorted picture of the epidemic and the people most heavily burdened by it. 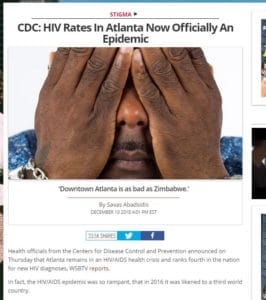 To this veteran from the battlefield, the message is an offensive throwback riddled with stereotypes and inaccuracies. While purposed to uncover disturbing HIV trends, the story reflects persistent attitudes about Black people in the U.S. South and across the diaspora.

By the time I spied this alert, it was being rapidly shared across gay men’s online threads with memes and emojis. Several comments condemned others for continuing to fuck without condoms. There were far fewer complaints about barriers to care or simplistic test-and-treat strategies. Folks (including gay men) are quicker to blame gay men for HIV trajectories than hold responsible the inadequate service systems that fail them.

What has Atlanta been enduring for over thirty years if not an epidemic among gay men, cisgender and transgender women, and people who use injection drugs? What magical number did we reach to qualify as an “official” distinction?

Such questionable measure recall the “changing face of AIDS” phrase of the early 2000’s. Long after HIV rates among Black gay men had surpassed those of white gay men, that tagline overlooked years of mounting deaths and rising infections. Then, several heterosexuals asserted that this was “no longer a gay men’s disease,” arguably to highlight the impact on cisgender women.

Such depictions overlook Black gay men and transgender women. What was AIDS in Atlanta by 1988, 1998, 2008? A “growing trend?” I realize that the general public may lack information about today’s epidemic, but we need more than alarmist reports of rate spikes to inform them.

The perpetual use of African people and the key conditions they face as a worse-case scenario (“Downtown Atlanta is as bad as Zimbabwe”) diminishes their significance. Such comparisons present human suffering as more acceptable in Africa. No one should reference African nations to illustrate domestic AIDS narratives unless they provide context and distinctions. This glosses over profound differences between the conditions in Atlanta and the African nations cited. It also justifies our condescending attitudes about the same countries the current U.S. president dubbed as “shithole nations.”

What was the picture of a Black man with covered eyes chosen to convey? His face is almost completely hidden, as if he is trying hard to avoid both seeing and being seen in the news. Does this suggest that Black people are uniformly blind, unwilling to face reality? Too many stories about AIDS suggest that Black people do not talk about AIDS, and that we lag behind white folks in our knowledge and attitudes.

It may not be the most titillating story, but Black people in Atlanta are obviously engaged in fighting AIDS. How long will media continue to pimp false Black pathologies to gain attention and elicit fear while letting inept providers and uncaring politicians off the hook? This does little to educate or mobilize.

In order to improve the quality of AIDS coverage, we must train journalists and recruit more Black LGBT people for leadership positions in media.

After thirty-seven years of HIV reporting, we need to get the story right.

(Craig Washington is a writer and HIV advocate living in Atlanta. He is the co-founder of Southern Unity Movement, organizers of the annual Rustin Lorde Breakfast, held each year on Martin Luther King Day.)