The Global HIV Community is Getting a Divorce

Previous Next
The Global HIV Community is Getting a Divorce 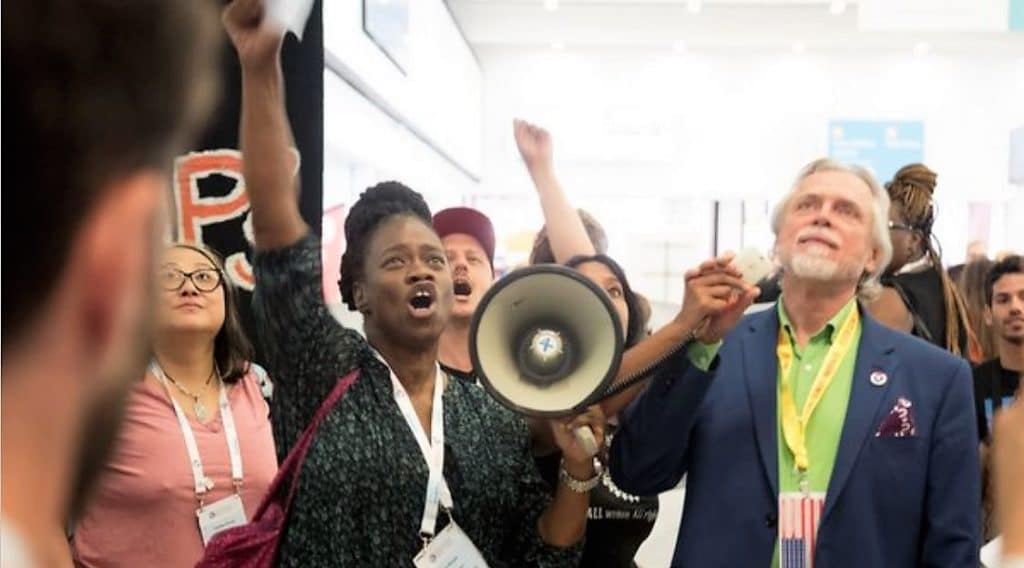 A protest against AIDS2020 being held in San Francisco. (Sean Black for A&U)

The breaking point has been reached. After months of activism that has failed to convince the International AIDS Society (IAS) to withdraw their “AIDS2020” conference from San Francisco, activists have now announced an alternative conference, “HIV2020,” to be held in Mexico City at the same time as AIDS2020.

The global HIV community, in other words, is getting a divorce. The community-based groups have officially broken away from the scientists, researchers, and the privileged, monied establishment that largely comprise the IAS. The HIV2020 announcement, as triumphant a development as it represents, is dampened somewhat by a sad feeling of disillusionment.

(The best way to differentiate these two conference names is quite telling: HIV2020 suggests the modern way of referring to the spectrum of HIV disease, while the name AIDS2020 is as antiquated as the IAS itself.)

San Francisco has always been a ludicrous choice for AIDS2020, but for financial reasons, primarily. Now, with the Trump disaster in full bloom, any potential location in the USA is downright dangerous. HIV Power Shift, the coalition most involved in advocating against the AIDS2020 setting, lists the many reasons why on their site and includes a very long list of international organizations who have signed on to a letter urging the IAS to reconsider San Francisco. Alas, to no avail.

Even since the advocacy against AIDS2020 began, new horrors have emerged. Trump sent troops to our southern border, tear gas was thrown at asylum seekers carrying their children, a new “public charge” policy that further threatens immigrants was introduced, and racial violence and the murder of trans women has continued with the regularity of a ticking clock.

Just last week, Latino HIV activist Marco Castro-Bojorquez was detained for hours trying to return home to the United States from a speaking engagement at UNAIDS in Geneva. He was mercilessly interrogated about illicit drugs, travel motives, his allegiance to Donald Trump, and even how he was infected with HIV – no, I am not making this up – to the degree that, once home, he isolated himself in his apartment for days, sickened by the experience.

Did I mention his interrogation happened at the airport in San Francisco? It makes one wonder how foreign HIV advocates will be treated when they arrive for AIDS2020, and how the IAS can ever hope to protect their thousands of attendees from the same treatment.

Regrettably, rather than trumpeting this exciting new conference, I have devoted this piece to my continued incredulity that the IAS has blithely ignored the pleadings of populations that should matter most. I should be directing you to the HIV2020 web site so you can find out how to support this conference or join them in attendance (you should, by the way).

It’s heartbreaking, really, that it is the inaction of the IAS that continues to dominate my thoughts about all this, rather than focusing on the incredible work being done by community-based groups to mount HIV2020. Why is that?

Because, as any child of divorce will tell you, it’s hard not to continue to crave the acceptance of the parent who abandoned you.