Previous Next
HIV Genetic Data is Tracked and Shared. It’s Creepy and Dangerous. 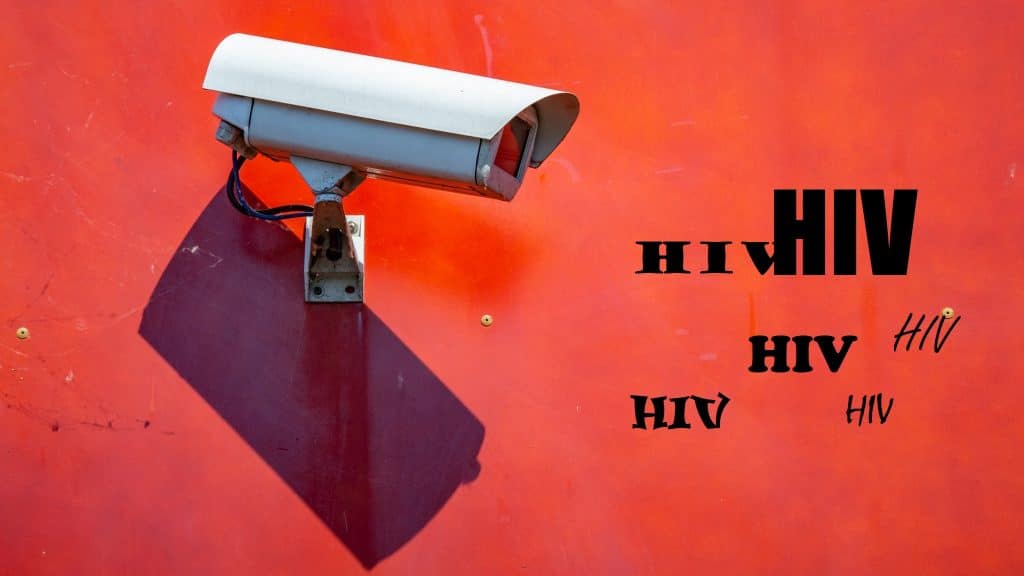 If you are a person living with HIV, the Centers for Disease Control and Prevention (CDC) and your local health department probably already have your HIV genetic profile. They have been examining it and comparing it to a genetic analysis of other people. People in your community. People you might know.

You probably never knew this was happening, because no one ever bothered to ask for your express consent.

It is called Molecular HIV Surveillance (MHS), and learning about this is either going to make you very angry or it will totally creep you out. Maybe both.

This is how it works. When someone receives an HIV-positive test result and begins care, one of the first lab tests typically done is a genetic analysis of the HIV in that person’s body. This determines if the HIV is resistant to any of the HIV medications and helps the provider design the most effective treatment plan.

While this step applies most often to the newly diagnosed, genetic analysis is also done when someone already on treatment becomes resistant to a class of medication and a new regimen is being considered.

Helpful and totally cool, right? Sure, so far. What happens next is what has HIV activists crying foul.

Since 2018, the CDC has required health departments in every state to submit the genetic data (with identifying information like names stripped out) to the CDC. The CDC then compares and contrasts results to determine if there is a new and emerging group of people with HIV who share a close genetic match. If so, they tell health department people to march in there and get a handle on it.

Of course, to do that, identifying information that had been stripped out must be restored. Armed with the person’s ID, Infectious Disease Specialists knock on doors or visit shelters or streets to track down these people and ask for their sexual or drug-using contacts and persuade them to behave in ways that will avoid more transmissions.

What I have just described constitutes the continued policing of marginalized communities by the authorities. The implications are chilling, far-reaching and not in the best interest of public health or of people living with HIV.  (People who are HIV-negative are also ensnared in this practice, because they are often identified as sexual or drug-sharing partners and then tracked and contacted just the same.)

Recently, the U.S. People Living with HIV Caucus sponsored a webinar on Molecular HIV Surveillance as part of AIDS Watch, the annual legislative advocacy event produced by AIDS United. The webinar laid out this process and its potential for harm in very simple terms.

The issue goes far beyond the legitimate concern of informed consent. Marginalized people — Black and brown and trans folks, primarily — already are policed and surveilled more aggressively than other communities. Infectious disease specialists often lack the cultural sensitivity to understand why medication adherence, for instance, may not be among the Top Five concerns of someone in these communities.

Furthermore, the fear of some kind of punitive action creates apprehension in these communities, often enough to turn them away from seeking care entirely. And yes, public health authorities knocking on doors carries an implicit threat in communities traumatized by fraught histories of bad policing.

“HIV surveillance scares the shit out of me, as a Black woman who is living with HIV who primarily functions in Black low-income communities,” panelist Evany Turk acknowledged during the webinar. “I live in a state where they consider my Black body living with HIV a deadly weapon. We know we can’t trust these big, huge systems. We know we can’t trust them with our information, because we know they are inherently racist.”

Criminalization laws in many jurisdictions penalize people living with HIV for allegedly not disclosing their status to sex partners, regardless of whether they took precautions, or were undetectable (and therefore unable to transmit the virus), or even if a transmission did not occur. Right now, people living with HIV are sitting in jail for no other crime than having had the audacity to have sex.

The worst case nightmare activists fear is genetic HIV data being used when someone tests HIV positive and prosecutors are looking for someone to blame. What if it were as easy for the criminal justice system as searching through genetic records and – viola! – someone is incriminated because their HIV virus is a close genetic match.

Our federal government, meanwhile, has made Molecular HIV Surveillance one of the pillars of its “Ending the Epidemic” plan. Rather than working with community members to structure how this data will be used and how best to protect people living with HIV, the government keeps pushing forward without engaging us.

Other ways in which genetic data is being examined are just plain weird.

During the webinar, panelist Brian Minalga pointed out that Seattle public health researchers are examining what they call the “demographic dynamics” of the “transmitting partner” and the “receiving partner.” They are looking at categories like age, race, and ethnicity, and calculating who is more likely to transmit HIV to whom.

Webinar moderator Naina Khanna reported that activists shared their concerns with CDC leadership during the Trump administration. They sought CDC assurances that Molecular HIV Surveillance data would not be shared with other governmental agencies like ICE or Homeland Security, agencies that could cite the costs of HIV healthcare as grounds to refuse an asylum request or to deport someone.

“The CDC leadership declined to comment on this issue,” Khanna said.

In a recent presentation at the Conference on Retroviruses and Opportunistic Infections (CROI), CDC official Alexandra Oster, M.D., was just thrilled about the potential of molecular surveillance to identify “clusters” of new infections and geographic areas where prevention efforts should be ramped up.

Your argument might have more credibility, Dr. Oster, if public health departments had track records of actually engaging with, and investing in, affected communities rather than showing up to police the area after your lab identifies a “cluster” — a dehumanizing term that amounts to a “cluster fuck you.”

In her presentation, Dr. Oster waved away privacy concerns, stating that the data would never be used in a way that endangered people living with HIV.

Uh huh. We’ll set aside for a moment the fact that having public health people show up at your home or workplace can risk your job or your domestic safety. Let’s focus on the CDC’s credibility with public facts and assurances.

Remember when the CDC was caught last year trying to please the former President by falsifying weekly COVID-19 figures so the pandemic wouldn’t look so bad? That reputation-shattering scandal is still stinking up the CDC hallways. CDC officials are hardly in a position to assure anyone what will, or will not, be done with public health data.

The Public Policy Council of AIDS United issued a list of recommendations to address Molecular HIV Surveillance. Recommendations include banning MHS from legal proceedings or prosecutions, and ensuring the informed consent of people living with HIV is obtained before their genetic data is used in this way. The U.S. People Living with HIV Caucus position is that molecular surveillance should be halted immediately.

Finally, this issue underscores how America’s health and criminal systems stack the deck against people living with HIV.

Webinar panelist Larry L. Walker learned this firsthand when he enrolled in case management services at his local health department in Georgia. Walker was made to sign a document acknowledging that he was living with HIV, and the document included language about disclosing to his sex partners. This is cruelly paternalistic treatment toward someone dealing with a life-changing diagnosis.

The rights of everyone else are being prioritized over the rights of the person with HIV, and these measures are often taken as soon as the person tests positive. The process of blame, distrust, and dehumanization begins moments after their diagnosis.

Molecular HIV Surveillance is simply the latest example of health systems disregarding our very humanity. It is also a license to hunt down people living with HIV in marginalized communities while ignoring their right to privacy or consent. We must resist it.

(I urge you to follow the work of The Sero Project, the HIV Justice Network, and the U.S. People Living with HIV Caucus – and if you are involved with a network of people living with HIV, get them to join this caucus or join yourself as an independent advocate. Follow the advocacy around this issue, watch the webinar above, stay informed, and be ready to take further action to protect our legal rights.)