My interview on serosorting for HIV Plus Magazine

Previous Next
My interview on serosorting for HIV Plus Magazine

This month HIV Plus Magazine ran an article on serosorting, or the process in which people limit their sexual partners to those with the same HIV status (I’m quoted as part of the piece). As you might imagine, it’s a controversial practice and hardly perfect. But what risk reduction technique IS? Condoms break, abstinence is a fairytale and people lie about having HIV or haven’t been tested in ages. 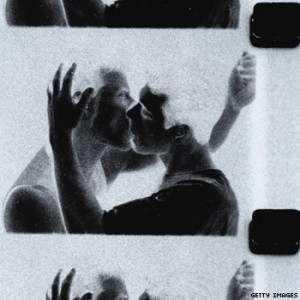 Where this risk reduction technique does work, in my opinion, is when dealing with HIV+ gay men seeking other poz partners. At least in this scenario, no HIV negative person will become infected. This isn’t particularly new — poz gay men have been “organically” serosorting for years (I limited dating to other poz men because I couldn’t bear waiting for an HIV negative boyfriend to get his test results every few months. My current partner is positive.)

Last month I took a tour of a gay men’s sex club that hosts a monthly Poz Party. It’s all on video in one of my blogs, including an interview with host Bill from Poz4Play.com, who talks to me about serosorting, barebacking, and HIV disclosure.

By the way, Benjamin Ryan, the writer of the article, was a balanced, levelheaded interviewer considering the touchy subject matter, so kudos to him.