Peter Staley Just Unmasked Anthony Fauci and It Is Fabulous 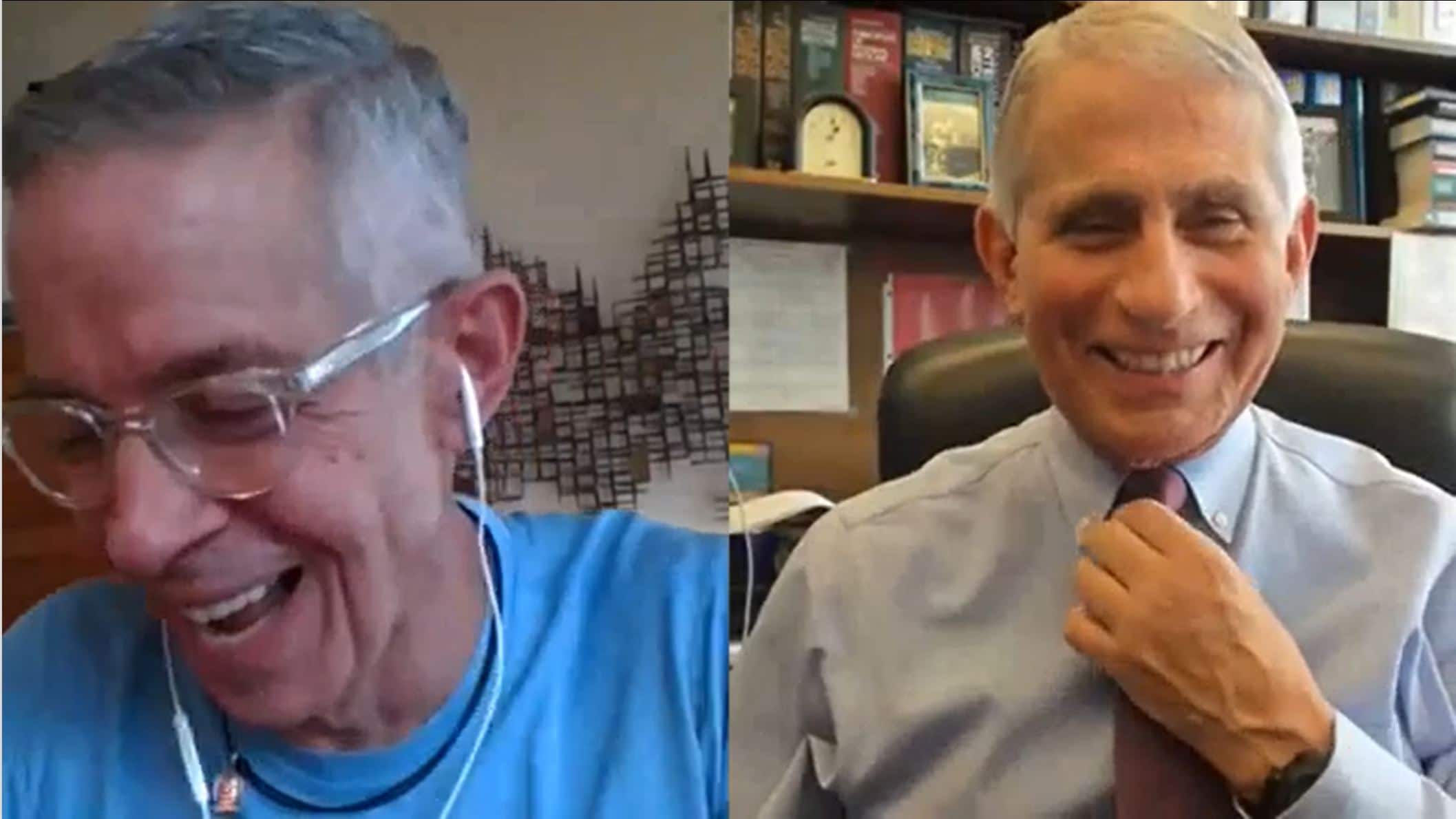 You know this will be an unusual interview, even for Instagram, when the host brings an enormous glass of wine to his lips and toasts his guest. “Let’s get into it,” Peter Staley says, and in the other chat box, Dr. Anthony Fauci laughs. The smile on the face of the Director of the National Institute of Allergy and Infectious Diseases (NIAID) is startling. It’s a sight we have rarely seen in these grim times.

Staley, an icon of AIDS activism (and one of the primary subjects of the Oscar-nominated documentary, How to Survive a Plague), must have done some awfully persuasive cajoling to convince his one-time nemesis to chat with him in such an unguarded way.

The result is a really fascinating glimpse into Fauci, and certainly a more personal one than we are accustomed.

Yes, the veteran public health official still chooses his words carefully, but not, perhaps, quite as carefully. In the decades since the two men battled for turf in the early, murderous years of AIDS, they have forged a close relationship.

“Say hi to Stella for me,” Fauci begins, referring to Staley’s dog, which Staley brought along for a recent socially-distanced dinner with Fauci. From there, the conversation is animated and even dishy.

“I”m not a journalist,” Staley points out, “I’m just an activist who kind of adores you. You and I tangled for years. I got arrested in front of your building. It developed over time into a good friendship.”

More than once, Staley and Fauci refer to conversations they have held privately, and the viewer gets the impression that more has been said, much more, over mutual glasses of wine, than they are revealing here. Reading between those lines is half the fun of watching their conversation.

AIDS activist Peter Staley interviews Dr. Anthony Fauci about COVID-19, the mechanics of viral transmission, harm reduction vs shaming, and how it’s going for him at the White House. 9/25/2020, 1:00 to 1:45pm.

Staley and Fauci veer among disparate topics, from Fauci’s physical exhaustion to the “geeked out science” of droplets, viral particles, and the dangers of the coming winter.

Along the way, Fauci has a sort of withering non-praise for people like Scott Atlas, the monumentally unqualified neuroradiologist who currently has the ear of Trump, and nothing but praise for the beleaguered Dr. Deborah Birx, whom Fauci commends for her tireless travel schedule, zigzagging the country to share public health guidance.

The disaster of the Trump presidency and his deadly response to the epidemic has become such a given that the two men barely glance in his direction, except when Fauci tries to explain how he navigates the ever-changing priorities of the White House.

The public health official is at his least convincing, sadly, when he makes the case for his continued role on the White House task force and its relative power to persuade the president. “We are still here doing our thing,” Fauci says, weakly.

There is so much information and science in the conversation, and any viewer will leave it much better informed. Included are discussions of air flow (and the importance of having windows stay open as the colder weather drives us indoors), herd immunity, the battles over the soul of the CDC, shame-driven prevention messaging, and even which spoken languages tend to produce more risky droplets in the air (here’s looking at you, Germany).

As the conversation closes, Staley asks a deceptively simple question of his friend. Has the official ever been in this situation (sidelined and muffled, that is), during all his career serving so many presidents?

“No,” Fauci responds, and for the first time in their friendly chat, he bears the look of sad resignation. “This is a unique situation.”

The two friends then bid goodbye, and Staley reaches for his wine.