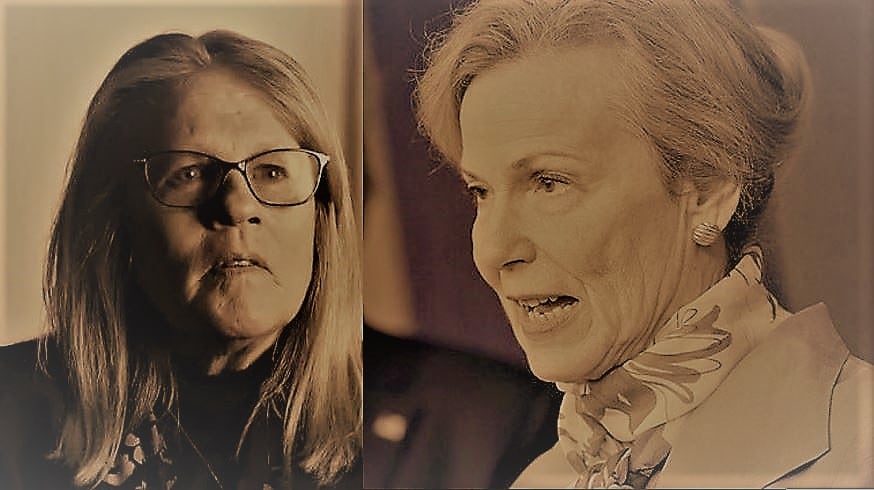 Hucksters and charlatans know their cue: their traveling salvation shows typically arrive when we are at the nexus of public panic and willful ignorance. It should have come as no surprise, then, to find Dr. Judy Mikovitz’ dusty wagon come creaking into sight this week with its bullshit claims and scientific denialism. The utterly bonkers conspiracy theorist certainly knows how to make an entrance.

Mikovitz’ roundly discredited video, Plandemic, was being wiped from digital platforms nearly as fast as it was being breathlessly shared this week – including among well-meaning HIV advocates and allies fooled by its seemingly plausible storytelling. If you haven’t seen it, you merely missed a well-documented liar weaving a humdinger that casts Dr. Anthony Fauci as a mad scientist who created COVID-19 (he didn’t), with Mikovitz as the intrepid researcher who was jailed for Knowing Too Much (she wasn’t and she doesn’t). Along the way she provides the murderously ignorant claim that masks actually “activate” the COVID-19 virus.

Oh. And Mikovitz doesn’t think much of vaccines, either. If that’s your delusion, you’re probably reading the wrong blog.

(Want the facts about Mikovitz and her Plandemic video from experts? There are articles that thoroughly fact check her and the video, including these on NPR, Politifact, and Science Magazine. You know a video must be off the rails when YouTube actually removes it because it is so misleading it is a danger to public health.)

Long-term survivors of HIV/AIDS have seen the likes of Mikovitz before, most famously in the personage of Dr. Peter Duesberg, the biologist who has insisted since 1987 that HIV doesn’t cause AIDS. The actual culprit, according to Duesberg, are recreational drugs and poppers, which has come as some surprise to people living with HIV who are non-imbibing, or hemophiliac, or capable of critical thinking. Duesberg’s theories were welcomed by the similarly challenged head of South Africa, Thabo Mbeki, who embraced this denialism in 2000, leading to hundreds of thousands of preventable AIDS deaths in South Africa.

Dr. Duesberg, meet Dr. Mikovitz, and may you both die peacefully without the aid or comfort of legitimate science.

It is instructive to remember the social environment that provides a reason for the treason. The enormity of the pandemics of HIV and of coronavirus are hard to fathom in real time, to make no mention of that which we must endure in the midst of them, the personal sacrifices and the mortal fear and the scrolling numbers of the infected and the dead, all of which add to the allure of an escape valve in the form of alternative facts.

If the existential crisis we are experiencing feels surreal, why not take the added step of not believing it at all? After my kinky tryst with a buddy in 1989, during the height of the plague years, we put the hotel room back together while he matter-of-factly explained that AIDS was the result of the government poisoning the water supply to gay bathhouses. Avoiding HIV was as simple to him as finding sex outside that particular venue. A little cognitive dissonance can be a helpful coping mechanism when you are running for your life.

Speaking of mental impairment, do not allow the crackpots to obscure the far more damaging complicity of those surrounding the greatest huckster of them all.

Dr. Deborah Birx, once a respected Republican ally to people who care about HIV/AIDS domestically and around the world, has watched her legacy reduced to ash, cast atop the dumpster fire that is the Trump administration. Watching the now-iconic meme of Birx sitting in a press briefing as Trump opined about treating COVID by putting disinfectants into the body “through the skin… or some other means” (and thus giving new meaning to the concept of anal bleaching), is to observe a woman transcending her physical body, struggling to find a spiritual oasis on a higher plane or, lacking that, in the nearest broom closet.

Worse, Birx has allowed herself to be regularly trotted out to news programs to twist his words like strands of malignant DNA into something palpable, if not entirely coherent. She will never recover from the putrid stain of submitting to the fate of Sessions and Kelly and Priebus and Spicer, et al, before her.

To be bamboozled by the traveling show is one thing. To join it is quite another.

p.s. My readers often encourage me to write about this or that. Thanks, Alphonso King aka Jade, for getting me off my corona ass.

(I hope your isolation is bearable as can be. I find myself in a funk about every three days, and gratitude is about the only thing I know that can shake it off. I’m grateful for you, dear readers, and for your many contributions to this world.)