Solving the Mystery of the Queer Angel

Previous Next
Solving the Mystery of the Queer Angel 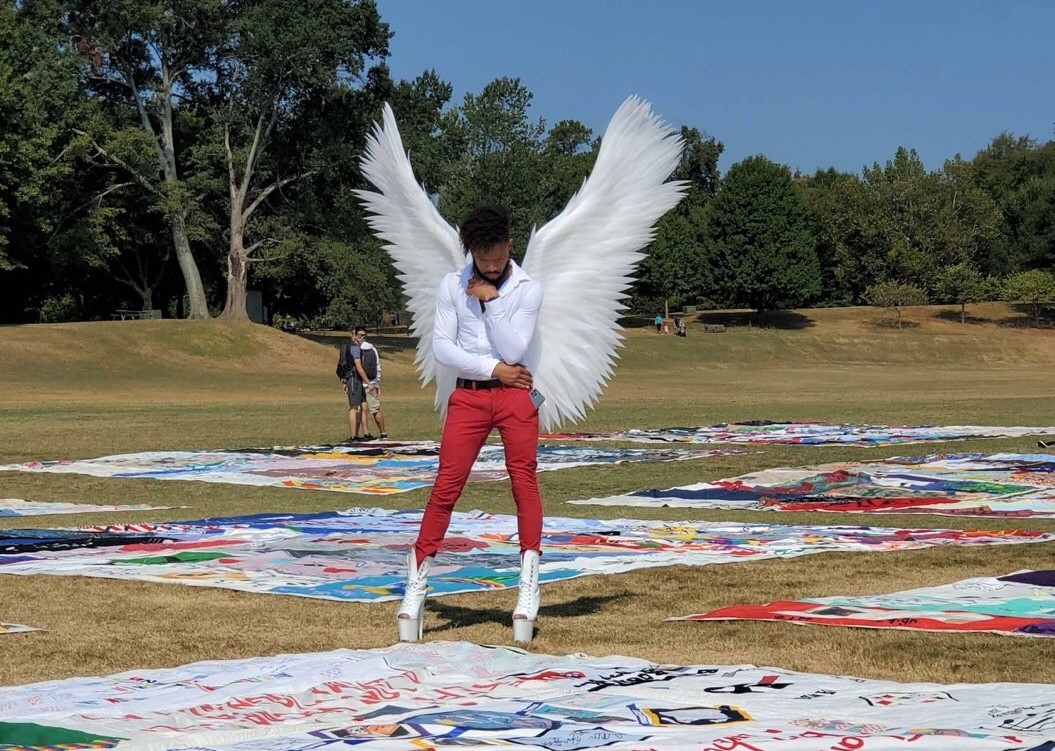 When the photo appeared on social media only hours after the Atlanta AIDS Walk last week, it produced gasps and tears. There, standing pensively among the panels of the NAMES Project Quilt display, is a gloriously dressed man in white platforms heels. An enormous expanse of feathered wings frames him as he silently contemplates the quilt panels at his feet.

The Queer Angel, paying respects to the fallen.

The photograph instantly became a social media sensation, but its origins were unclear. No one seemed to know the person in the photo, or even the photographer. It was a glorious, emotional gift without provenance.

Until now. After some sleuthing online, the Queer Angel and the photographer can be identified.

“The Quilt always brings such a rush of loss and celebration,” Russ Bowen-Youngblood told me. Russell was photographing the event for Q Magazine/Project Q Atlanta when he came across the sight of the contemplative angel. Russell snapped some shots. “When I took the photo, I wanted to take something that was beautiful, peaceful and hopeful. I wonder at times if the Angels among us stop to revisit their past lives and remember their time on earth, too.”

The scene brought back memories for Russell of a fraternity brother, Scott Lago, who was lost to AIDS in 1991. 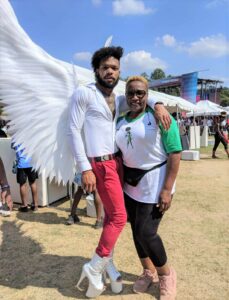 The Queer Angel with Freda Jones

The photographer wasn’t the only one who was moved by the Angel’s presence. “I immediately thought of my sisters, my angels watching over me,” said Freda Jones, a woman from Lithonia, Georgia who has been living with HIV for 17 years. She approached the Angel and got some photos of her own. “We have earthly angels that are here to help you,” she said, “you have to trust and believe that things will be fine, only if you receive it.”

But who was the Queer Angel?

His name is Daniel Deon Scott Lewis, and he is the director  DDSL Productions, a fashion production company in Atlanta. He obviously knows exactly what he’s doing.

“I haven’t always had the best experience living with HIV,” Daniel told me. “Health-wise I have always been fit and in good shape. It was the stigma that did the most damage. But I chose to be positive and proud, not just for myself, but for others around me dealing with the stigma of HIV.”

Daniel put his fashion talents to work when considering what to wear at the Walk.

“I knew that I had to do something different,” said the fashion house director. “This would be the first time that I’ve done an AIDS walk and it made me think, I’m not just walking for myself, I’m walking for others that are affected by HIV. I’ve been fortunate enough to not have a love one lost to HIV, but I know many who have, so the wings felt necessary. Then I began to think about all of the women who have to live their lives, being strong and fighting the virus, so I had to walk a mile or three ‘in their shoes.’”

“During the walk, it felt great to see how positively people reacted to the look and asking to take pictures,” Daniel said. “But what had the most impact was the fact that I encouraged people to keep walking. I heard a lot of people say, ‘I was tired, but when I saw you, it kept me going,’ or, ‘if you can do it in ten inch heels, I can do it in tennis shoes.’ So that was great to me.” 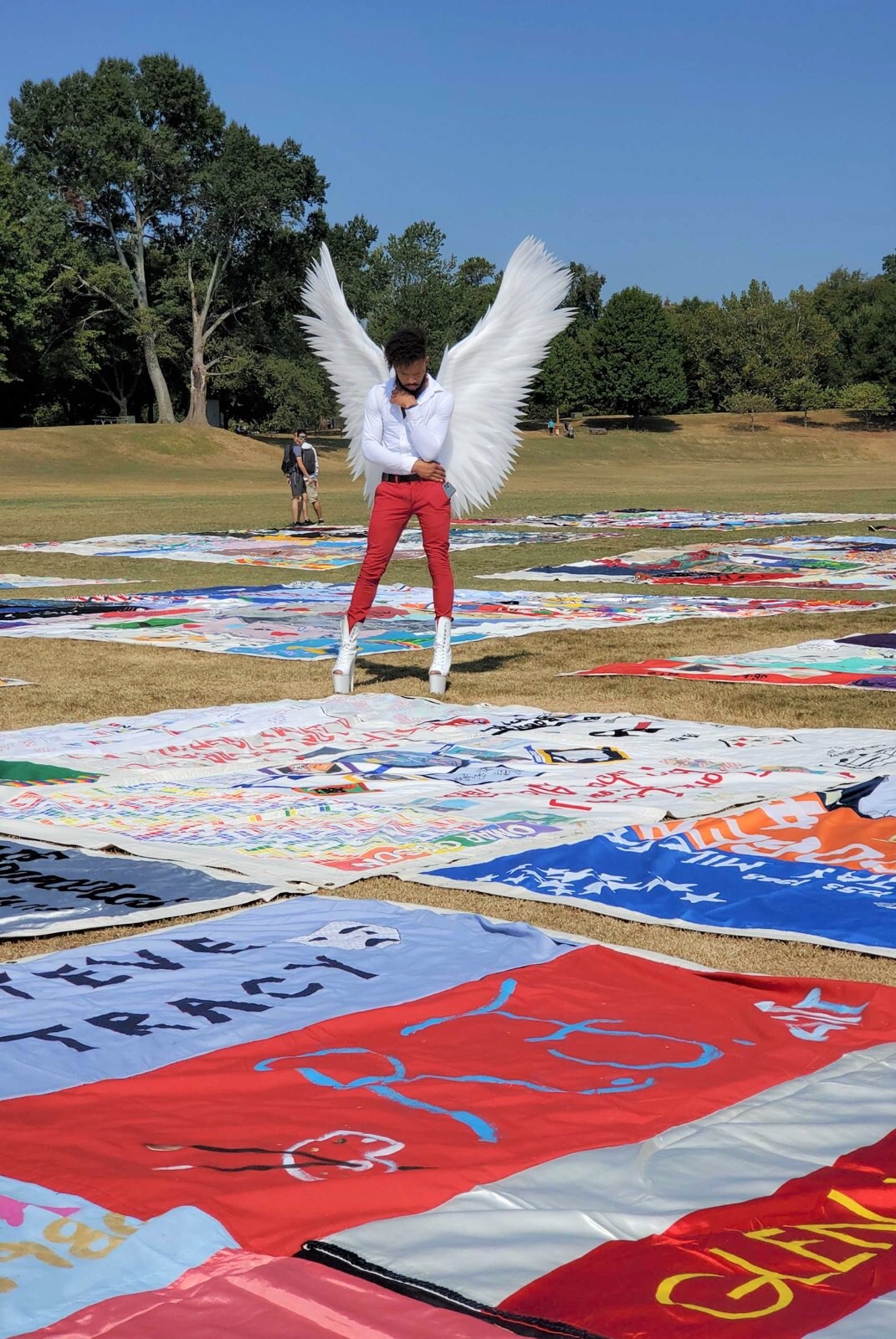 Daniel is rightfully proud that his presence at the Walk has had a lasting impact, and that it was created through authenticity. “It’s good to know,” Daniel adds, “that me, just being me, can help make a difference.”