The Scorching Words of Ravyn Wngz are an Activism Manifesto 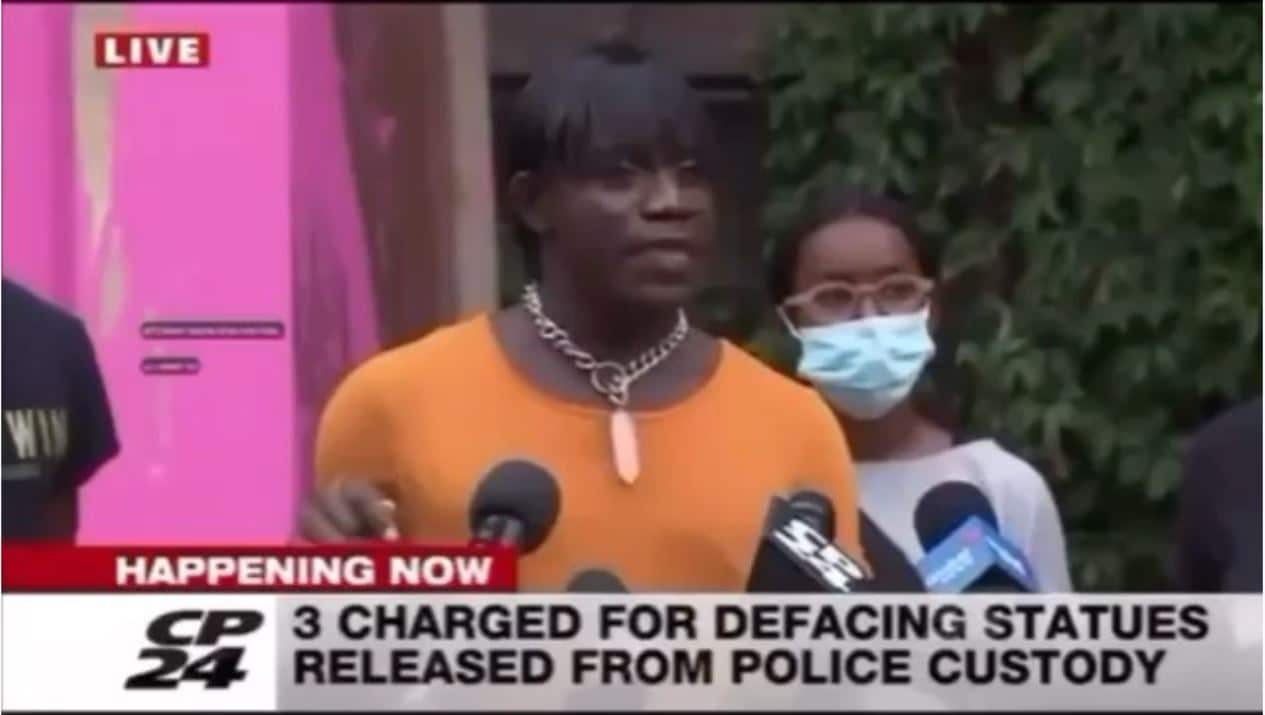 Ravyn Wngz, a Toronto Black Lives Matter (BLM) activist, never had to raise her voice on Sunday, when she delivered a scathing rebuke of systemic racism and privilege. Her beautiful words pierced the heart just the same. The words say everything anyone needs to hear about the importance of activism and why taking to the streets — and defacing monuments — can be justified, powerful, and effective.

The occasion was a BLM press conference calling for the defunding of police after protestors were arrested for defacing statues in downtown Toronto.

Activist Rodney Diverlus had already pointed out the overreaction of the police to their protest, in which pink paint was thrown at the statues of former prime minister John A. Macdonald, King Edward VII and Egerton Ryerson. The police response involved three divisions of mounted police, patrol cars, and undercover officers.

“All the pomp and circumstance that you saw yesterday from all the police, all the theatrics, was about pink paint. This was it,” Diverlus said. “We have seen less action when we die.”

And then Ravyn Wngz took the microphone, speaking in a calm and steady cadence. If this isn’t a manifesto of activism writ large, I don’t know what is.

I just want to add something. We’ve tried many different ways to get the attention and the conversation of those in leadership roles and positions. It took us having to do this to get y’all to show up. We’ve been writing letters, we’ve been creating books, photography, performance art. We’ve been doing every single way possible to let you know what we deserve, what we need. And you don’t even have to dream it up. We’ve done the work for you.

And this is not easy work. It is not fame work. We are destabilized. We are hyper-surveilled. We’re followed.

And just like this, we need to create a humanity where everyone and everything is allowed to exist, because we already do. See, white supremacy is creating an ideal of a society and using the State to enforce it. And this is what we’re fighting against.

Just to remind you of why we’re here.

I’m going to let you sit with those words. Thank you, Ravyn.