Previous Next
The Real Poz Guys of Atlanta III

Why Andy Cohen isn’t badgering me with phone calls to bring this series to Bravo, I’ll never know.

Nearly four years ago, I invited four friends living with HIV over to my place for a night of devouring brownies and sharing secrets, while my friend Charles captured it on video. The result was “You Gotta Have Friends,” the first episode of what would be renamed “The Real Poz Guys of Atlanta.” The second episode was posted more than a year later (you can see a recap and both previous episodes here). And now, episode three.

These guys must be getting the hang of this, because we discussed and revealed things like never before. From crystal meth addiction to our mothers, nothing was off limits. There’s even a (NSFW-ish) chat about tops and bottoms and modern gay sexual politics. And dealing with loss. And reaching out for help when you really need it.

I’m not going to lie, I’m proud of this video. It’s clear that my editing skills have improved since our first episode along with the group’s ability to keep it real. More importantly, the video series represents a lot of issues I feel passionately about – combating HIV stigma with honesty about our status, the crucial importance of social support, and living joyfully. That, and I love hearing my friends talk dirty for a good reason.

I really hope you share this one with your friends and networks (select one of the share features below). I think it represents what this site does best. And judging from the emails I receive, there’s a real need for people with HIV, particularly the newly diagnosed, to know that life, and friendship, doesn’t end with a positive test result.

I look forward to your comments! Thanks for watching, and please be well. 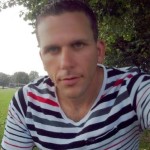 Our friend Jeff Berry from Positively Aware has announced the fourth annual “A Day with HIV” photo campaign, and this project is so cool – and so damn easy to participate in – that I want to challenge you to just do it. It works like this: they collect photographs and captions from hundreds of people from a single day, Saturday, September 21, to help the world better understand the trials and triumphs of living with HIV. Some are artsy, some are simple photos (like the 2012 submission from Jason Zupke at right). Select photos will appear in the November/December issue of Positively Aware, and all of the photos submitted will appear on the campaign’s website. Give it a click to find out more. 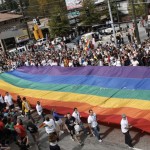 If you are anywhere near Atlanta this October 13, would you like to join me in my role as a Grand Marshal for the Atlanta Pride Parade? When I learned of this honor recently, I knew I needed to share it with friends like you or else my ego might blow my head open halfway down the parade route. I’m asking people living with HIV and our allies to walk beside my car (I’m hoping for a red convertible!). I would love a message of solidarity and support for people with HV, and anti-stigma messages like “I love my Poz boyfriend!” and “HIV Educated – UB2.” The first 20 people to show up will get a free HIV POSITIVE t-shirt provided by AIDS Foundation Chicago. I’m excited to already have the support of The Stigma Project and the CDC’s Let’s Stop HIV Together campaign. To get the latest details, go to Facebook and join the My Fabulous Disease page. See you then! 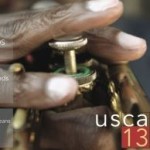 The United States Conference on AIDS (USCA) is in New Orleans this weekend. I love this conference, because it provides skills building for people working on the front lines in community based organizations and public health — exactly where I spent a lot of the early years of HIV/AIDS. Anyway, I’ll be video blogging from the event and providing you the sights, sounds and people who are making a difference. If you happen to be there, please join me for a panel presentation this Sunday morning at 10:30am, when those of us participating in the CDC’s “Let’s Stop HIV Together” campaign discuss living with HIV and our commitment to HIV prevention.