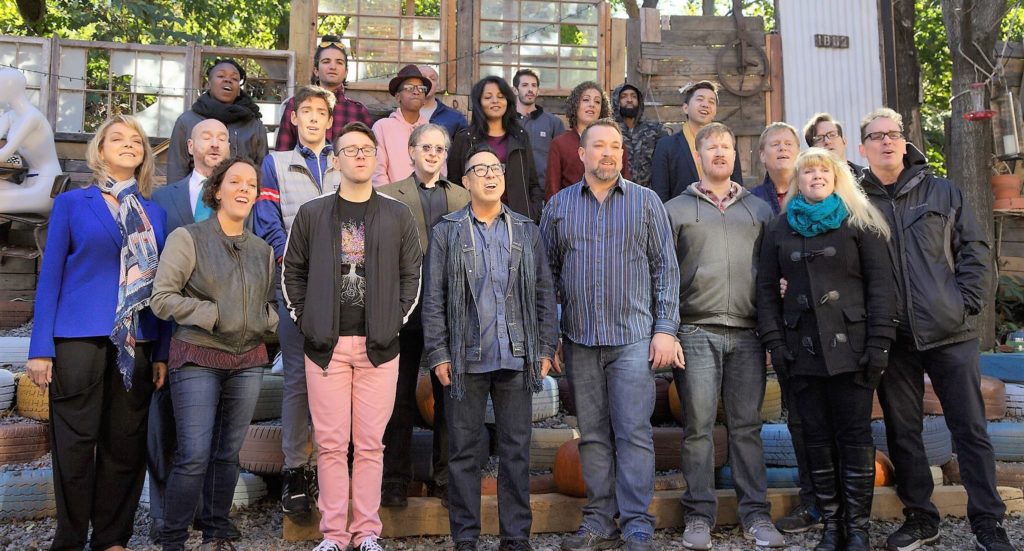 The cast of Merce, the web series.

Most people would walk away if the future seemed unclear
and shut you out because they’re afraid. But I’m not. I’m right here.
That’s what my love is for. My love will be your cure.
— “Your Cure,” an original song from season two of Merce

Merce, the web series about a gay New Yorker living with HIV, is a little bonkers. The candy-colored musical comedy, written by and starring the singular Charles Sanchez, has “the low budget appeal of an early John Waters romp,” as I wrote when season one hit your computer screens two years ago.

What Merce also has, in great abundance, is heart. The central love story, between HIV positive Merce and his HIV negative boyfriend, doesn’t just cover PrEP or being undetectable. In one scene from the upcoming season, the lovebirds actually consider what a cure for HIV would mean. Then, in the kind of romantic gesture that would make any person living with HIV swoon, Merce’s boyfriend assures him that, until science straightens out the details, his love will be the cure.

Not love alone, of course. Our HIV positive lead character is dedicated to his treatment regimen. What the boyfriend represents, though, is the non-judgmental support that is so critical to people living with HIV. Theirs is exactly the kind of loving relationship that exists among positive-negative couples the world over.

Cue the music during their conversation. Suddenly, all of the actors in the Merce cast appear in choir formation and sing what might be the most beautiful song written for the series, “Your Cure,” by composer Adam J. Rineer. It literally brings HIV positive and negative people together, lifting up those with HIV with a message that, until there is a cure, “that’s what my love is for.”

I’m not crying. You’re crying. The song, released today as a promotional clip for the show, is the World AIDS Day anthem we didn’t even know we needed. What a welcome message it is.

Here’s the video below, or click here to listen to “Your Cure” on Soundcloud.

Charles Sanchez became a friend when I stalked him online after writing about Merce for the first time. I couldn’t resist his theater geek joy and his sense of humor. What I never expected was an invitation to play Aunt Bless in season two.

But there I was, in full drag alongside Tyne Firmin as Momma, singing and dancing to the original song “Bless Your Heart” on the set of Merce last month. Words to describe such an event are fairly useless. 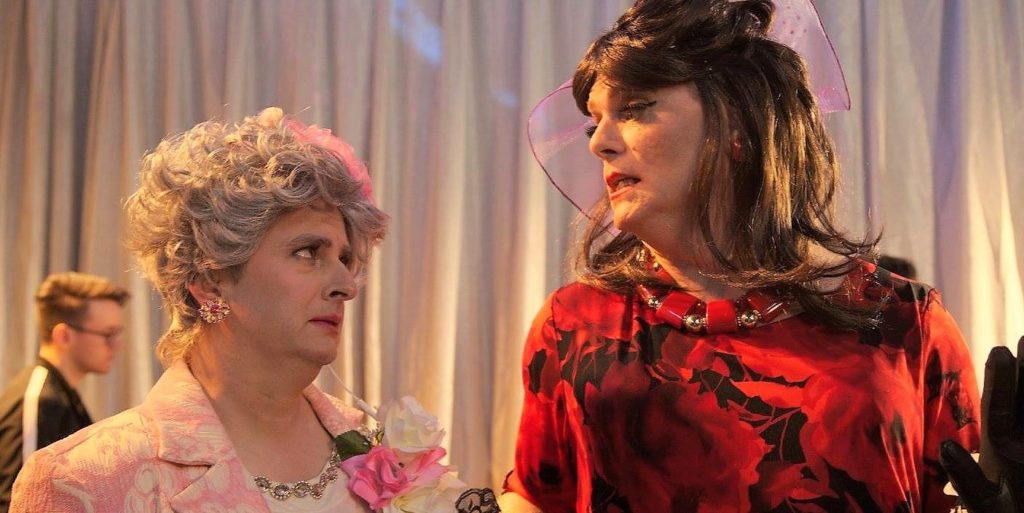 There is still time to support Merce, which is now in post-production with a target of Summer 2018 for its release. All donations to their fundraising campaign are tax deductible. I’ve donated twenty bucks here and there. They appreciate every dime.

Achieving a cure for HIV infection may or may not be within our reach anytime soon. Fingers crossed. In the meantime, a world free of HIV stigma, where HIV negative people offer love and support to their HIV positive brothers and sisters, is my World AIDS Day wish for all of us. “Your Cure” is a charming step in that direction. 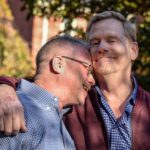 p.s. My husband Michael avoids the spotlight, so he was both mortified and proud when we were photographed for a Washington Post story about the impact of “U=U” (undetectable equals untransmittable) on people living with HIV. Congratulations to everyone involved in this important, high-profile piece of journalism.